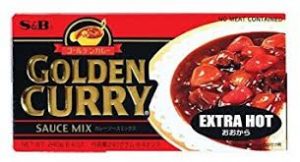 There was a time when Top Ramen was life. Cheap, easy to make, and quite delicious. It’s a good thing I didn’t stay poor for long because researchers concluded that eating too much ramen noodles could increase the risk of heart disease, diabetes, and stroke. Hold on. Let me go smoke a cigarette real quick. Ok, I’m back <cough cough>. I knew I had made it in the world when I was able to eschew the Top Ramen and scrape open a box of Golden Curry. Still easy to make, but to fully experience the awesomeness of each packet, rice and some veggies were a necessity. You need a cooker to make rice. That’s a huge step up in the hierarchy. It’s akin to when man figured out how to make tools and weapons to hunt and gather. Anyways, thinking about those wonderful days of my life got me thinking to the brothers, Seth and Steph Curry. Seth is Top Ramen, while Steph is Golden Curry. Both are productive and satisfy one’s fantasy appetite, but Steph takes it to a level that only a few can appreciate. Last night, Steph scored 39 points, grabbed 11 boards, dished out seven dimes, and pilfered three on 14-of-24 shooting from the field and 4-of-10 from downtown. The 39 points and 11 boards were both season highs. Now, Kevin Durant did not play in this game and the opposition was the Brooklyn Nets. With that said, this Curry has been hot and spicy to the tune of the number two overall player in fantasy.

Speaking of Stocktonator, it had Steph as the number one overall play yesterday.

Nikola Jokic was ejected in the second quarter of yesterday’s game. Stocktonator must be sad because it had him as the number two overall play yesterday. He finished with six points, six boards, one dime, and one steal. That ref is a Joker!

To compound matters for the Nuggets yesterday, Paul Millsap injured his left wrist and exited after 13 minutes of run. He finished with five points, four boards, and two dimes. As of now, Millsap is considered questionable for tomorrow’s game in Sacramento. Will Barton did sub in for Millsap on Sunday and could possibly start in his place. Keep an eye on the starting lineup for Monday’s game.

Trey Lyles scored 10 points, grabbed eight boards, and dished out a dime in 16 minutes. Nuggets were getting blown out and….read the two blurbs above. Lyles did start 37 games while with the Jazz and shoots decently from downtown. At 6′ 10″ 234 pounds, there’s an outside chance he could start at power forward if Millsap is out for an extended period of time. A big shoutout to Mr. and Mrs. Lyles for naming their son Trey. How did they know?

Julius Randle scored 24 points, grabbed seven boards, and dished out five assists in 32 minutes. The 24 points and 32 minutes were a season-high. Randle is a nightly triple-dub threat. Unfortunately, he’s the odd man odd and won’t get the minutes to truly reach his ceiling. Kyle Kuzma (17 points, three boards, three dimes, and one steal) has the position on lock down, while Larry Nance is close to returning. In addition, Randle will be a free agent after next year, so there’s a chance he gets traded at some point.

Brook Lopez scored 21 points, grabbed three boards, dished out four dimes, and blocked two in 22 minutes. He shot 9-of-14 from the field and 3-of-5 from downtown. Although he gets a ton of open looks, can’t expect that efficiency every game. As a result, he’s annoying to own because he doesn’t grab many boards.

Lauri Markkanen scored 26 points, grabbed 13 boards, and dished out two dimes in 34 minutes. He shot 10-of-18 from the field and 4-of-9 from downtown. I love how the Matrix is just seamlessly phasing out Dirk and replacing him with the new model. Hopefully, the Matrix didn’t watch Terminator too many times. Speaking of machines, Stocktonator loved him yesterday.

Robin Lopez scored 16 points and grabbed 10 boards in 31 minutes. Like his bro, Bro, Ro is a specialist and probably just as annoying to own.

Justin Holiday scored 13 points, grabbed two boards, dished out three dimes, and pilfered two. 5-of-20 from the field and 3-of-10 from downtown. You know that expression, “You miss every shot you don’t take?” Well, in Justin’s case, he may be better off not shooting.

Kris Dunn scored 17 points, grabbed six boards, dished out six dimes, and pilfered two in 27 minutes. Jerian Grant made numerologists happy: 2 points, 2 boards, 2 assists, 2 turnovers, and 2 personal fouls. 0-for-2 from downtown. Fantasy owners on the other hand? I apologize for ever having Grant ahead of Dunn. Now, Dunn will put up the occasional 1-of-11 performance, but he has more upside.

TJ Warren scored 27 points, grabbed seven boards, dished out a dime, pilfered one, and blocked two in 33 minutes. 13-of-20 from the field. Warren T! Naw? I don’t care.

Mike James scored 15 points, grabbed three boards, dished out five dimes, and pilfered one in 26 minutes. Tyler Ulis scored three points, grabbed four boards, and dished out four dimes in 20 minutes. I sometimes get adventurous and go shopping with the wife. “Honey, you like these shoes or these shoes?” Turn around. Walk. Put one foot in front of the other. What occasion are these shoes for? Which one is more comfortable? I’m doing my thing. I like the the ones on the left. After looking down for a minute, then turning towards the mirror and looking at the reflection for another minute…..”I like the ones on the right. Thanks, hon.” I never learn. Ya feel me?

I’m beginning to think that Jay Triano might be a Commie. 21 minutes for Greg Monroe, 26 minutes for Alex Len, 20 minutes for Dragan Bender, and 22 minutes for Josh Jackson. There’s also the possibility that he just believes in balance and harmony. If so, that’s great for humanity but bad for our fantasy teams.

Andre Drummond scored 20 points, grabbed 16 boards, dished out four dimes, pilfered one, and blocked two in 33 minutes. He also went 4-of-5 from the charity stripe.

Jimmy Butler scored 26 points, grabbed 10 boards, dished out four dimes, and pilfered five in 42 minutes. Jeff Teague scored three points, grabbed four boards, dished out nine dimes, and pilfered one. Karl-Anthony Towns scored 16 points, grabbed nine boards, and dished out three dimes. Andrew Wiggins scored 24 points, grabbed two boards, dished out a dime, pilfered two, and blocked three. Ever driven to a four-stop sign intersection? Of course you have! We don’t have self-driving Ubers….yet. Anyways, you know it can get awkward at these bastions of hell. Do I go? Do I let him/her go? Who got to the line first? What’s the actual rule? You wave at the car to go. But then they wave for you to go. You step on the gas, but then they step on the gas at the same time. WTF??!! Ladies and gentlemen, your 2017 Minnesota Timberwolves. They are in that awkward phase, still figuring out the rules and how everyone will act. There is one constant, though. That is that Wiggins doesn’t stop. He just runs through the sign with no regard for anything. It’s going to take time, but eventually…

With Kevin Durant sitting, Omri Casspi got the start. 12 points, eight boards, one dime, and two blocks in 23 minutes. When he gets minutes, he produces. So, if KD misses any games, Casspi is a viable replacement. Just don’t expect over 25 minutes.

Trevor Booker sprained his ankle and left after playing nine minutes. Quincy Acy played 23 minutes, Jarrett Allen got 12 minutes after missing the prior six games due to injury, and Tyler Zeller received 16 minutes. Timofey Mozgov DNP in favor of Booker, so he could get back into the mix. Eventually, I think Allen gets the most run at center and could be a nice source of boards and blocks down the road.

Rondae Hollis-Jefferson scored 16 points, grabbed 12 boards, dished out five dimes, and pilfered one in 31 minutes. RHJ makes me want to listen to some Mary J.

Spencer Dinwiddie scored 21 points, grabbed two boards, dished out eight dimes, pilfered one, and blocked one in 31 minutes. With D’Angelo Russell out indefinitely, Dinwiddie may end up being the waiver wire hero of the year.

Allen Crabbe scored 25 points, grabbed seven boards, and dished out two dimes in 34 minutes. That makes five games in a row with at least 30 minutes. My preseason love may in fact be vindicated!

Bojan Bogdanovic scored 26 points, grabbed three boards, dished out two dimes, and pilfered one in 35 minutes. He went 9-of-14 from the field and 6-of-10 from downtown. BB is a sniper, as he’s shooting 45% from downtown!

Myles Turner scored 25 points, grabbed seven boards, dished out four dimes, pilfered one, and blocked four in 32 minutes. He went 11-of-14 from the field and 2-of-3 from downtown. The Odometer, as he’s called, has been serviced and is ready to roll.

Dion Waiters grabbed two boards, dished out a dime, and pilfered two. He shot 0-for-10 from the field. Overheard after the game, “My shot was butter. The rim was just hating on me for some reason.” I love Waiters. Here’s my 20% tip:

Wayne Ellington scored 21 points, grabbed two boards, and pilfered one in 25 minutes. The Heat lost 120-95. Next.

Marcin Gortat almost messed around. 12 points, 12 boards, seven dimes, and one steal in 35 minutes. Keep in mind that John Wall did not play, so he sucked up more usage than normal. With that said, he’s a double-dub machine.

Bradley Beal scored 27 points, grabbed four boards, dished out a dime, and blocked one. He went 11-of-23 from the field and 5-of-9 from downtown. He’s a usage monster when Wall is closed for repairs.

Markieff Morris scored three points, grabbed four boards, pilfered one, and blocked one in 27 minutes. Washington fans wished they had Marcus instead. But, the Celtics didn’t play yesterday. Exactly.

Serge Ibaka scored nine points, grabbed eight boards, and blocked one. That’s nice, but you know why we are here. 0 dimes. Ibaka 7. Blake 6. Damn, Blake had himself a weekend, huh? This is a heated battle that I hope goes down to the final day.

Jonas Valanciunas only played 17 minutes. He got benched and was asked to put on the dunce cap.

DeMar DeRozan scored 33 points, grabbed eight boards, dished out six dimes, pilfered two, and blocked one. He went 15-of-26 from the field and 2-of-6 from downtown. I always thought he and Wiggins would stagnate in their little bubbles, but DeRozan keeps improving and could be on the cusp of getting to that next level.

Fred VanVleet scored 10 points, grabbed three boards, and dished out five dimes in 24 minutes. With Delon Wright out due to injury, VanVleet has assumed the primary backup point guard duties. VV does look awfully similar to a W so….Hey, it’s late and I’m searching, but it’s better than an L, right?