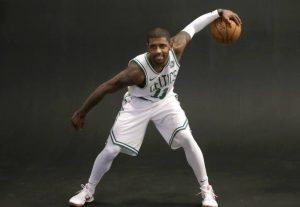 You listen to Kyrie Irving and get hypnotized, as the voice is smooth and the delivery is graceful. Then he hits you with the “Earth is flat” or “Ask me July 1.” Float like a butterfly, sting like a bee. It’s the same story on the court, as the bevy of moves get you transfixed. Dribble, dribble, then jab step with the right foot, behind-the-back dribble, change directions with the left foot, then explode to the basket for 2. Float like a butterfly, sting like a bee.

I have a hard time replicating his moves in NBA 2K! Anyways, yesterday:

Over the past seven games, Conley has been a top 10 player for fantasy. His contract is brutal, as he’s owed $32 mil next year and $34 mil in 2020, but it sounds like there’s a good chance he gets traded. His fantasy prospects shouldn’t change and could even improve if he does get moved, as he has a usage rate around 26-27, so he’s not a black hole that won’t be able to assimilate on another team. In addition, Memphis plays at the slowest pace in the league, so any other environment will be a positive.

Gasol looks healthy now and will likely be traded as well. He does have a $25 mil player option for next year, which he is going to exercise, but could make trade negotiations difficult. Gasol, even at age 34, can still ball on both ends of the floor. Playing on a contender could rejuvenate him, and the offensive pace will be faster wherever he ends up. If he doesn’t get moved, I wouldn’t be surprised if the Grizzlies shut him down.

Once again was in foul trouble, but did not get disqualified.

Holiday has been dreadful since arriving in Memphis (shooting 36% from the field), but he’s averaging 34 minutes and jacking up double-digit shots every game. Holiday is the Golden Corral of fantasy hoops. The quality is questionable, but the volume will always be there.

Made his Knicks debut and played 29 minutes. His situation is a tough one, as Fizdale said DJ will remain on the team to mentor the young bigs, but he’s likely to get bought out or shut down. There’s no reason to play him as the Knicks are “Not Tryin’ for Zion.”

Played 26 minutes in his Knicks debut. I’m thinking DSJ gets a ton of run, but it’s Fizdale and he’s jonesing to give Kadeem Allen 20 minutes of run. From a fantasy perspective, if he gets over 30 minutes, he will have some value but the shooting efficiency will continue being an issue.

Played 28 minutes in his Knicks debut. Why? I have no idea. I can’t imagine Wes remaining with the squad, but it’s the Knicks, so if he supplanted Kevin Knox in the starting rotation, I wouldn’t be shocked.

Played 24 minutes. I thought Vonleh would soak up most of the power forward minutes, but maybe I was wrong. Something to monitor. Someone in the comments asked how Vonleh would be affected by the trade? I answered that he should be fine because the minutes should remain. Well, maybe not, but another thing I came across was that Vonleh played better at center than at power forward. If he doesn’t get any center minutes, then that could be an issue.

Morris has really upped his game this season, as he’s a top 75 player. He’s scoring efficiently and rebounding at a career-best level. And he’s doing this now….

Top 70 player who contributes a little something something across the board. Yes, the shooting percentage can be painful to stomach from time to time, but he’s improved a ton in that department, especially from downtown. Baffling that he’s owned in less than 50% of Yahoo leagues. Not Smart.

Hayward has been brutal. No ifs, ands, or buts about it, but let’s not forget that he’s still recovering (both mentally and physically) from a brutal injury. Watching him play reminds me of when I was going through a dark period in my life when I just lost all confidence. It happens. Hayward will likely be one of the best draft day bargains next season.

Father, forgive me for I have sinned. I have doubted your apostle Paul in the past. Shall I change my name to Thomas?

Five straight games messing around for Russ. The record for consecutive trip-dubs is nine. Wanna guess who performed that marvelous streak? 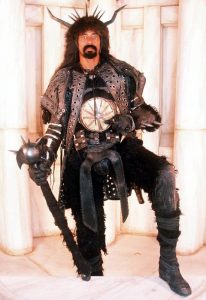 Played 23 minutes off the bench. Even though he’s only been receiving 26 minutes of run, Schroder has been a top 75 player over the past seven games. He won’t contribute much in the way of D stats, but double-digit points and a handful of threeecolas, boards, and double-fisting of dimes are collected.

Led the Clippers in scoring. Over the past four games, Shai has picked up the offensive production, resulting in top 80 production. The usage rate has spiked up to 22 and the shot attempts are a tick under 11 per game. Has something clicked? That’s possible, but I’d attribute most of it to Danilo Gallinari being out. Shai is still providing the D, but is only averaging 26 minutes per game. With Gallinari expected back soon, I’d expect Shai’s offensive production to turtle up.

Played 17 minutes. Has now played 17, 17, and 13 minutes in three straight games, after receiving a total of 18 minutes for the month of January. Marcin Gortat was a DNP-CD yesterday, so…..Is Boban being freed? Possibly. We all know Boban is a Per 36 monster, but he likely will never receive over 20 minutes of run a game.

Only played 21 minutes. Tough situation for Lou and the Clippers, as they expended a ton of energy the day before in coming back against the Pistons, then had to travel to Toronto the following day.

Only played 26 minutes due to the blowout.

Only played 22 minutes. Good job Clippers. Anyways, I’m sad that my Iblocka was not able to make an appearance, but all is forgiven. A dub-dub in 22 minutes is lovely. The Universe is awesome.

Got the start and played 26 minutes because Kyle Lowry (back) was out.

Played 20 minutes. Jonas Valanciunas is close to returning, so thank Monroe for his contribution and bid adieu.

Played 20 minutes. Delon is a nice player, but when Wright plays, something is wrong.