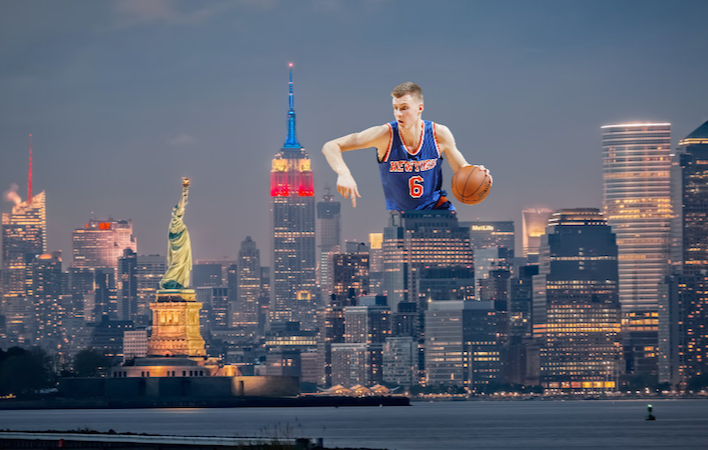 The five boroughs of New York City are Manhattan, Brooklyn, Queens, The Bronx, and Staten Island. But the title says 6 boroughs!!! That was typed by the hundreds of people streaming a live feed to watch me type this post on Twitch. Yes, it’s gotten to that point. Once poker was able to show the cards of the players on television, the game took off to a different level because viewers were able to get into the minds of the players. Same gist. People are now able to see the thoughts and processes that writers go through to arrange the letters of the alphabet into words and sentences so that we can hallucinate lucidly while looking at the screen. Not only that, they get to experience the emotional highs and lows. Ha! Wouldn’t that be some shit? Anyways, the Sixth Borough is located at 4 Pennsylvania Plaza, New York NY 10001. That’s Madison Square Garden for you non-New York folk. But that’s in the borough of Manhattan. Not anymore. Madison Square Garden is now a city-state like Vatican City in Rome. The Pope is considered the closest living person to God and is the head of state of Vatican City. Who is the pope or mayor of this new borough and what is it called? They call him/it Kristaps Porzingis. Is it a coincidence that he is often referred to as PorzinGOD? I think not. Porzingis went absolutely bonkers last night against the Denver Nuggets: 38 points, seven rebounds, two dimes, and three blocks. 14-for-26 from the field, 4-for-7 from downtown, and 6-for-6 from the charity stripe. He’s scored 30 or more points in five of six games to start the season. He’s crossing over defenders like Kevin Durant, draining baseline fadeaways like Kobe Bryant, and splashing 26 feet three pointers like Steph Curry. He does it all and has an insane 34% usage rate this season. He is the King of New York and will reign over all six boroughs in due time. If you didn’t know, the title to this post was an homage to the Beastie Boys – To The 5 Boroughs album.

Anthony Davis did not get hurt last night. Rather, he went bleeping HAM dropping 39 points, grabbing 10 boards, dishing out two dimes, and blocking three in 41 minutes. 13-for-20 from the field and 13-for-15 from the charity stripe. The highs are incredible with AD. Unfortunately, the lows are just as intense. Basically how I’d describe eating shrooms.

Brandon Paul of the Spurs played 30 minutes and scored 18 points, grabbed five boards, dished out one dime, blocked one, and pilfered one. He took his brother/sister-from-another-mother’s advice and Worked It. While he did play around 20 minutes each of the prior three games, the bump in minutes was primarily due to the absence of Manu Ginobli from the lineup. I guess keep him in mind for when Pop sits players in the future.

Kyrie Irving dropped 24 points, grabbed two boards, dished out six dimes, pilfered three, and blocked one. Things change fast in the fantasy landscape. Just last week, he was a sell for many.

With Marcus Smart back in the mix, Terry Rozier only played 18 minutes while Smart received 30. Rozier is the better shooter, while Smart will contribute more across the board, especially in the assist department.

The Timberwolves eeked out a win in OT against the Heat, but their defense continues to be Straight Trash Homie. Target your players against them until we are given a reason not to.

Taj Gibson played 31 minutes, but only scored seven points with four boards and one steal. He gets the playing time, but isn’t doing much with the opportunity. It’s tough to get rebounds when the opposition doesn’t miss shots, though. There should be better options out there.

Jimmy Butler scored 16 points, grabbed five boards, dished out three dimes, and pilfered three in 40 minutes. The usage rate is under 20%. That’s a concern. With that said, I think it gets into the mid-20s sooner rather than later.

The announcer said: “That was inhumane. Women and children are crying at that end of the floor.” Hahahahahahahah. One of the all-time lines. The line for Wiggins was 22/7/1/1/1. I’ve never been a huge Wiggins guy, but I acknowledge that he has the potential to be both a real and fantasy stud.

With Hassan Whiteside missing yet another game, Bam Adebayo got the start and went 13/13 in 31 minutes. Is that a dyslexic’s worst nightmare? I loved what I saw from Bam in Summer League, so this kind of game does not surprise me. Value is tied to the health of Whiteside.

Paul Millsap scored eight points, grabbed 10 boards, dished out four dimes, pilfered two, and blocked one. Stuffing the stat sheet was good. Shooting 2-for-13 from the field was no good. I think Millsap will be fine, especially as everyone learns how to play with each other. Also, I don’t expect the Nuggets to be 19th in pace all season.

Jarrett Jack scored six points, grabbed three boards, dished out 10 dimes, and pilfered two. How bad is Ramon Sessions, who DNP’d coach’s decision? If you need assists, Jack is your guy, as he’s tallied 10 and nine the last two games. Just keep in mind that Frank Ntilikina will probably get more minutes as the season progresses.

Enes Kanter played 24 minutes while Kyle O’Quinn received 21 minutes. Willy Hernangomez got three minutes. The only two explanations for Willy not getting time are 1) The Free Willy campaign from Marketing is being kept under wraps for emergency situations and 2) slept with coach’s daughter. 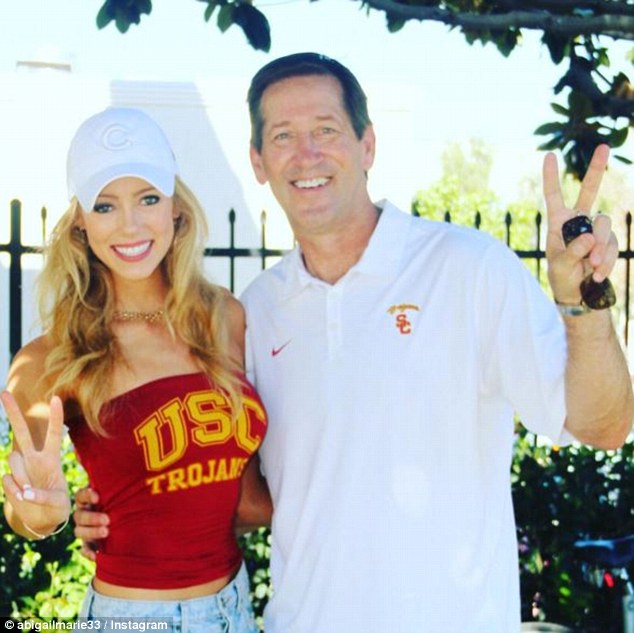 Uh, yeah. Two it is. Choosing between Kanter and O’Quinn…..might as well go play baccarat. I’ve heard some say that O’Quinn plays more when defense is needed, so there’s that.

With JJ Redick not playing, Jerryd Bayless got the start and played 40 minutes. He scored 10 points, grabbed five boards, and dished out five dimes. He only took six shots so he’s not too appealing. TJ McConnell got 26 minutes and scored 11 points, grabbed three boards, dished out five dimes, pilfered one, and blocked two. I always feel like he’s too worried about his hair, but he produces when he’s on the court.

Amir Johnson went 12/10 with two steals in 21 minutes backing up The Process. Richaun Holmes is expected back this Friday, so picture a see saw.

Clint Capela scored 12 points, grabbed 15 boards, dished out two dimes, pilfered one, and blocked one. He’s double-dubbed in 5-of-8 games and is currently a top 20 player in fantasy. Did you know that? Stockonator did and liked this matchup against the Sixers. A byproduct of Capela cleaning the glass so well (his mother must be so proud) is the decrease in the rebounding numbers for James Harden.

Malik Monk scored 13 points, grabbed four boards, dished out three dimes, and blocked one in 24 minutes. He shot 5-of-15 from the field. He was one of my favorites during the draft process, so I’m a believer. He’s getting minutes and shot opportunites. There’s upside here that’s worth gambling on.

Cody Zeller has now played 19 minutes in back-to-back games, after not getting any time the prior four games. He scored 11 points, grabbed eight boards, and blocked three last night. The team has always loved him, so I never understood why they went out and signed Dwight Howard. I’d keep an eye on the number of minutes he gets. If that number gets into the mid-20s, then I’m intrigued.

Tyreke Evans played 30 minutes! That’s very, very interesting. He scored 19 points, grabbed 10 boards, and dished out three dimes. Grab him, if he’s available, for the possibility that he gets minutes near 30 a game.

Evan Fournier scored 20 points, grabbed three boards, dished out four dimes, and pilfered one. He’s scored 20 or more points in all but one game this season. He has double-digit shot attempts in….you guessed it….all but one game this year. I shall call him Evian from now on, as all he does is splash pure jumpers.

Marreese Speights scored 18 points, grabbed five boards, and dished out three dimes in 22 minutes. The answer is no.

Jonathon Simmons scored 20 points, grabbed six boards, dished out four dimes, and pilfered one in 29 minutes. The answer is yes. Juice is loose.

Dennis Smith Jr. scored two points, grabbed three boards, and dished out one dime in 17 minutes. He was playing through a knee injury and gets a day to rest before playing on Wednesday. Please keep DSJ healthy, puuullleaaaassseee.

Dwight Powell scored seven points, grabbed 10 boards, dished out two dimes, and blocked one in 25 minutes. There was plenty of garbage time, so Powell saw an increase in minutes.

Devin Harris scored 15 points, grabbed two boards, dished out six dimes, and pilfered one. I’m surprised Harris is still in the league. Please read the last sentence in the Powell blurb above.

Rodney Hood scored 25 points, grabbed three boards, and dished out one dime in 29 minutes. He has a 25% usage rate and put up 15 shots. It’s all about health with Hood.

Lillard is the Illest.

Blake Griffin scored 16 points, grabbed three boards, dished out four dimes, and pilfered one in 30 minutes. Fake Griffin? Oh no you didn’t? As good as Blake is, and he’s been MVP-esque so far, Draymond Green is just as good.