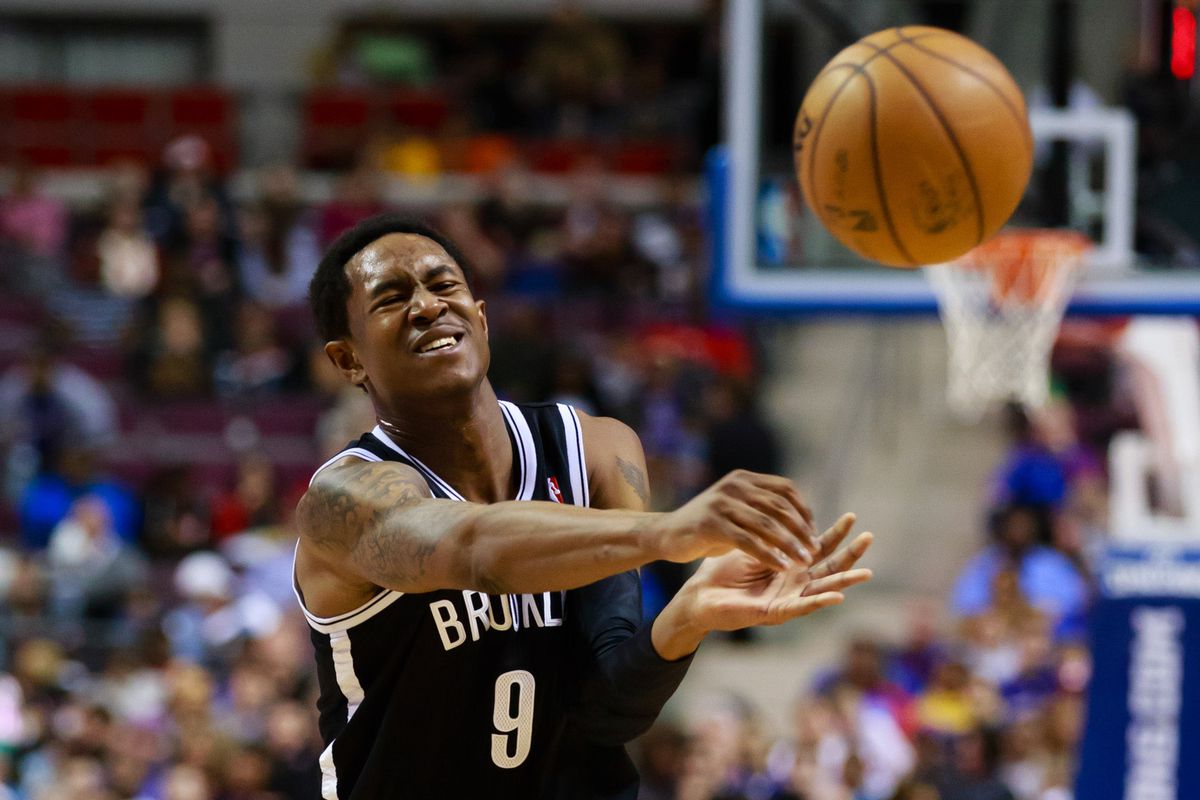 E’Twaun Moore: 7/30/1/4/3/1 – Moore is doing everything he can to prove that he is more than just a THRAGNOF hero. This line is proof that somewhere deep down, Moore can be…more.

Anthony Davis: 1/28/12/2/2/3 – It is crazy that the Pelicans are a better team without DeMarcus Cousins, but it is actually true. I am sure they would welcome him back with open arms, but it may be a blessing in disguise that Boogie won’t be boogieing much in the near future. Oh yeah, and AD is good.

Nikola Mirotic: 3/25/7/0/0/1 – The Pelicans will be a dangerous team in the playoffs if Mirotic is rolling like this. Have we come up with a name for guys who shoot threes, boards, and block? Comments?

DeMar DeRozan: 3/16/3/2/1/1 – If the Raptors can be the Celtics with a mediocre line from DeRozan then I would not want to face them in the playoffs.

Kyle Lowry: 2/13/5/5/1/1 – Lowry is just doing exactly what the team needs. Not his best statistical year, but easily his best year as a pro.

Fred VanVleet: 3/15/3/4/0/0 – This was the third or fourth best line on the team and the Raptors still won easily. Are they this good or are the Celtics this bad? They need Kyrie back.

Al Horford: 1/16/4/0/1/1 – Horford has really dropped the ball when the Celtics needed him to step up. Frustrating for fantasy owners too.

Jaylen Brown: 1/9/2/0/1/0 – I am on record as not being on the Brown train (wow, that sounds pretty gross), but it’s true. The kid has game, but I think saying he can be the next Leonard is a little nuts.

Josh Richardson: 2/19/4/2/3/4 – If J-Rich had played the first half of the season like he has played the second half, then he would be a top 30 player at least. How many guards can block and steal as much as him and also consistently hit 2-3 threes per game? The only thing he could improve on is his assist numbers. If he got that up to 5-6 per game I could see him as a second round draft pick.

Kelly Olynyk: 5/19/8/5/0/0 – With James Johnson out Olynyk was able to shine. Of all the Heat players not named Richardson and Dragic, Olynyk is the best bet for consistent production to finish the year. James Johnson is close, but his scoring is erratic.

Tyler Dorsey: 1/15/5/1/2/0 – Not sure why, but seeing a nice line from Tyler Dorsey made me think of a recent picture I saw of Tyler Hansborough. Talk about peaking in college. Yikes.

Isaiah Taylor: 0/2/1/3/0/0 – I am putting this here because 1) He is a hot pick-up but should have a huge “Buyer Beware” sign since he could easily put up games like this in every remaining game and 2) I picked him up four games ago and started him twice. Both times he put up duds. So if you were planning to play Taylor, start him next game because he will be back on my bench. You’re welcome.

JJ Redick: 5/25/2/6/1/0 – JJ is going to get paid-paid next season. What a great signing for the Sixers. And can I just say how impressed I am with this team after losing their best player in Embiid? Everyone thought they would collapse, but the bench guys have really stepped up as you will see in the following recaps:

Ersan Illyasova: 1/13/11/1/0/0 – 1-6 from three is a little rough, but still, this guy should be started on any team needing boards and threes to finish the season.

Marco Belinelli: 4/19/4/2/3/0 – Somehow the 76ers were able to clone JJ Redick and, to disguise their plan, made him Italian. Like in the movies when the twin has a goat-tee or a big mustache.

Bismack Biyombo: 0/12/12/5/1/1 – The man my auto-correct hates. Remember, no Vucevic, who they sat because they wanted to lose. When Vucevic is out, start Biyombo or this next guy:

Kyle Collinsworth: 0/13/9/6/1/0 – He took a break from announcing Monday Night Football to play in a basketball game?

Julius Randle: 0/12/4/5/0/0 – This is what most people expected from Randle this year. He disappointed them because he was a beast this season!

Josh Hart: 0/8/10/2/1/0 – Hart is getting a ton of minutes but his usage sucks. He’s worth owning if you need boards, however, because he is bound to have a blow up game here down the stretch.

LaMarcus Aldridge: 0/28/9/4/1/1 – Great game, horrible loss. I don’t know why I would be so happy if the Spurs missed the playoffs, but I would be. Does that make me a bad person?

Dejounte Murray: 0/23/10/6/2/1 – Holy cow. Too bad they lost. Murray is going to be interesting next season in drafts. I feel like he is going to be way over-drafted, but like I have to remind myself when I’m high and I look in the mirror:  that’s just me.