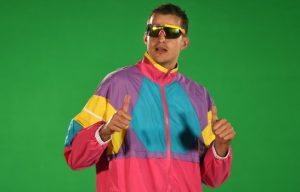 Weed. Pot. Grass. Dope. Reefer. Ganga. Hash. Herb. Chronic. These are all names for marijuana, but not all weed is the same. There’s swag, dank, kind, kush, etc. The quality, aroma, taste, and potency differ depending on which you choose. Obviously, the higher the quality, the better the high, but sometimes the bargain basement green can be just as productive as the most expensive. Beep. Boop. Bop. You know what’s of the highest quality? The Stocktonator. The Sacramento Kings drafted Marvin Bagley with the second overall pick in the 2018 NBA Draft. Yes, ahead of Luka Doncic. Regardless, Bagley is high quality, but unfortunately he fractured his thumb in the season opener. Enter Nemanja Bjelica. The Nemanja isn’t bargain basement, but he’s not the highest quality either. He is more than capable of producing and can even access the highest of high ceilings. Last night was one of those games:

Nemanja has started 21 games this season and produced top 85 value for fantasy. He provides points, tres, boards, a handful of dimes, and a little something something in the defensive cats. The percentages are decent as well. Over the past four games, though, he’s been the #12 player, as he’s averaged 17.5 points, 2.5 tres, 7.8 boards, 3.3 dimes, 1.3 steals, and 1.3 blocks while shooting 53% from the field. The Nemanja has been potent! Now for the buzzkill. Bagley is set to return soon. Once that happens, he will likely get around 20 minutes of run per game.

Over the last four games, Doncic has been outside the top 100. PANIC! SELL! I kid, I kid. He’s only played 30.3 minutes per game because the Mavs have been absolutely trouncing teams. With that said, the usage rate has been over 40 during that span! On the season, the usage rate is 36.7, he’s jacking up 20.2 shots per game, and averaging 30 points, 3 tres, 9.8 boards, 9.2 dimes, and 1.3 steals. Just silly. The only thing he doesn’t do is get his block on.

Got the start and played 36 minutes. I’m a sucker for the Hardaway bets, especially when he’s starting and getting over 30 minutes of run. He’s strictly a tres guy, so know what you’re getting into.

Played a team-high 38 minutes. I haven’t written up Shai much this season, as he’s been a bit underwhelming. He boards well for a guard, but doesn’t dish out many dimes. Shai does score and provides some tres and steals. He’s a top 100 player for fantasy and I still believe in his upside. If the Logo believes in Shai, then so do I. If Chris Paul gets dealt, then Shai should see a bump in usage and production.

Continues to start and played 35 minutes. As long as he’s on the squad, Melo is going to play a ton of minutes and jack up plenty of shots. That’s both a good and bad thing. Melo will provide points, tres, and boards through sheer volume. Unfortunately, that same volume hurts as he’s shooting 40% from the field. He is averaging 1.1 steals, so that’s nice, but I can’t see that level of production persisting all season. Currently, he’s a top 150 player.

It wasn’t a Mt. Whiteside eruption. Just a normal block party that made all the inhabitants of the village happy.

Got the start and played 36 minutes, as Rodney Hood is out due to an Achilles injury. I told y’all that venturing to the Hood is dangerous. Anyways, Bazemore should continue to start and provide across-the-board production. The shooting efficiency is going to be poor, though.

He is so damn good. Top 10 player for fantasy on the season, but there are some things to worry about. He’s going to sit back-to-backs, but we already knew that. Since Paul George has returned, Kawhi is averaging fewer than 30 minutes per game and the usage rate has ticked down to around 30.

Got the start and played 36 minutes, a season-high. Patrick Patterson did not play due to back spasms. When PP is healthy, Harkless will likely get around 22-24 minutes of run per game. He’s mainly a 3-and-D player.

By George! Paul is a top 15 player despite averaging 29.3 minutes per game.

The Force truly is strong with this one. Is this Pascal Siakam Part Deux? Could be. O.G.’s game is predicated on the defensive stats, but he’s becoming more well-rounded as time passes.

Played 38 minutes. Over the past three games, Lowry is averaging 40.1 minutes per game! Lol. He’s a top 15 player on the season. It’d be shocking if he continued to play over 37 minutes per game and play every game, but if he does, a top 20 season is not out of the question.

Only played 12 minutes due to a knee bruise. If he misses any time, then Norman Powell will likely soak up his minutes.

Played 39 minutes and led the Sixers in scoring. With Josh Richardson out, the usage rate has spiked from 24 all the way up to 31! Tobias contributes a little something something in every cat, but is primary a points, tres, and boards guy.

Aaaaaaaaaaalllllllllmmmmmmmmmmoooooooooosssssttttt messed around. No BS.

Another masterpiece by Matisse! He’s filling up the gallery. He’s primarily a defensive specialist, but the offensive repertoire has manifested itself lately. When Josh Richardson returns, though, the opportunites likely won’t be as fruitful.

Over the past four games, Markkanen has been a top 40 player. It was only a matter of time before he broke out of his slump.

Continues to start and played 34 minutes. Dunn has now started the past five games and been a top 70 player. He’s been shooting 48% from the field, so that will likely regress back to the 42-43% range, but the steals should continue being plentiful. He’s averaging 2 per game! I guess he ain’t Dunn being fantasy relevant.

Played 32 minutes off the bench. The dimes were a nice surprise, but White is a hucker and chucker and is primarily just a points and tres specialist. If you decide to call upon the services of Mr. White, be aware that he’s shooting 36% from the field.

In 41 minutes! Game went to OT. 7’s were wild!!! Unfortunately, they were wild in the turnovers department. The only thing Bam does not provide is tres. The boards and defensive stats are there and the 4 dimes from the center position are lovely. BAM!

Hit the tres to force OT and then went HAM in the extra period. Justise Winslow and Goran Dragic were out, so don’t count on this being a regular thing. With that said, he does have this kind of upside and is a streaming candidate when injuries befall the Heat.

Continues to start and played 27 minutes. Parker has been awful lately, so it was nice to see him bounce back. John Collins isn’t eligible to return until December 23rd, so Parker still has a few more weeks of fantasy relevance.

Yawn. Just another Trae Day. 15th player for fantasy. Trae has a 34 usage rate on the season and is shooting 46% from the floor, a huge improvement from the 41% number posted last year. The turnovers are still high at 5 per game, but the 8.4 dimes, 28.8 points, 3.5 tres, and 4.1 boards mitigate the pain somewhat.

Got the start and played 24 minutes. Slowly but surely, Huerter will get ramped up. He plays some backup point guard and has the ability to provide across-the-board production.

In 19 minutes. He’s been a top 25 player over the past three games! Too bad it’s been in 17.8 minutes per game. Unreliable and only for the deepest of leagues. I have him in a 30-team league, and I don’t even trust him there.

Played 28 minutes off the bench. It was nice to see him return from injury and should be back in the starting lineup soon. Hunter is not big game, but he can bludgeon his way into some counting stats.

In 33 minutes. Damn, the Hawks were a bunch of hacks last night. I’m high on Washington, as he can contribute across the board and will likely get as many minutes as he can handle. With that said, the free throw shooting is suspect and he did sprain his ankle last night.

I’m not sure I’d walk too many Miles for Bridges. In fact, I’d be more inclined to throw him under the Bridges. He’s a top 150 player for fantasy. The offensive repertoire isn’t advanced and the defensive contributions are underwhelming. He doesn’t dish out dimes either. Some tres and boards are what he delivers.

Nicolas Batum DNP-CD. Coach Borrego hasn’t been happy with Batum and his playing time looks tenuous at best, as the team is terrible and will likely develop the young players.

Played 23 minutes off the bench, as Batum was benched and Marvin Williams was out due to a knee injury. He’s not in the future plans for the Hornets, so it’s tough to see him making significant contributions.

That buy low window is closing.

Prince will never sit on the throne due to his woeful efficiency. How could the people ever follow? With that said, while the shooting and points are inconsistent, he does provide tres, boards, and can stuff the stat sheet on occasion.

Played 30 minutes. Top 25 player over the past seven games and top 10 over the past three games. Allen is 12th in the league in dub-dubs. Just play him all the minutes, Atkinson! No need to skimp and diet.

Got the start and played 25 minutes. He replaced Treveon Graham, who only played 7 minutes. Sayonara. The Graham cracker has crumbled and expired. Okogie could provide some tres, boards, and defensive stats. The shooting efficiency won’t be great, though.

LeBron only played 28 minutes due to foul trouble and the Lakers turning the Timberwolves into puppies, 142-125. LBJ is the #10 player for fantasy and is leading the league in dimes with 10.8 per game.

Bald Mamba strikes again and played 30 minutes! Rajon Rondo did not play, so the playing time was elevated, but Caruso is an important member of the Lakers. He defends well and the overall IQ helps the squad. For fantasy, he’s not relevant outside the deepest of leagues, and when Rondo returns, the playing time will be in the low 20s.