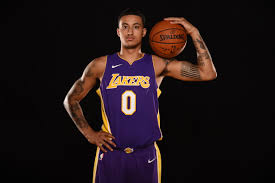 Kelly Olynyk got the start at center, as Hassan Whiteside missed another game, and played 38 minutes.

Revenge! The 32 points against his former team were a career-high. You wouldn’t think that a guy named Kelly, who wears a man bun would be so spiteful, but here we are. Do we call him the Big O from now on? When women describe their Big O, would that be the same feeling as rostering Kelly O in DFS last night?

My son! In a tough matchup, JRich balled out.

Bam Adebayo got the start at power forward and played 20 minutes.

If you played him in DFS, Adebayo to your lineups.

With Goran Dragic out, Tyler Johnson got the start at point guard and played 37 minutes.

Johnson continues to perform. That’s something every man prays for.

Jayson Tatum left the game with a wrist injury after playing 28 minutes. The severity of the injury is unknown at the time of this writing.

After a torrid start in the assist and steals departments, those numbers have flattened out.

Played 37 minutes. Smart has some value in fantasy, like those T-72 tanks Sadaam Hussein used to have.

The Jazz scored nine points in the first quarter and 79 points for the game. No blurbs for you!

We are back to WESTCOM 3. Man, it got a little hairy there for a sec.

Carmelo Anthony and Paul George both scored 18 points on 5-of-12 shooting. That is so cute. If you want to know if the game was close for the Thunder, just check out the shot attempts for Russ, PG, and Melo. When they are even, then you know it was a Kumbaya-fest.

Wes Iwundu got the start at small forward for the Magic and played 20 minutes.

He’s more of a defensive specialist, so don’t expect too many fantasy goodies from him.

The Magic started Iwundu and lost to the Bulls by 18 points, yet Vucevic just keeps humming along and posting double-dubs. He now has 17 on the season, seven behind the leader.

Elf had a great first half and was on his way to a monster game. But then Elf remembered that he was Elf. Or he ran out of hairspray because it all went into his eyes and burned them like acid.

Played 28 minutes. Will cede minutes when Evan Fournier returns, but is getting plenty of run in the meantime.

Played 14 minutes. I think he’s too raw and won’t be relevant this year, but he does have potential. You know what my momma always used to tell me though? Potential don’t mean shit. Not in those exact words, but you get the drift.

Remember in Menace II Society when Caine said, “I never thought he’d come back like this.” Well, that’s what I thought of when I saw Valentine’s line. He’s been all over the place, both in terms of production and allocation of minutes. He’d be tough to count on for fantasy.

Played 22 minutes, while Bobby Portis played 15 minutes. Imagine if Mirotic got a full allotment of minutes. I’d say fight for it, but there’d be no point.

So that’s Thibs’ strategy to expand the rotation and give his starters some rest? Shave off 3-5 minutes from everyone and give those minutes to the 37 year old Crawford. Brilliant!

Nikola Jokic got the start at center and played 36 minutes.

Good to see the Joker starting again and playing regular minutes, but 10 turnovers?! What a joke?! 10 turnovers would be amazing if they were filled with apple, but not on the basketball court.

Played 37 minutes and there was no Emmanuel Mudiay. What’s the phrase? When the cat is away, the mice come out to play?

Got the start at shooting guard and played 37 minutes. He’s not a high usage guy, but the coach loves him and he does chip in periphery stats. If he keeps starting and getting 30+ minutes, he’s gotta be on the radar.

Played 24 minutes. Kenneth Faried was a DNP CD again. I think it’s safe to say that Lyles is the main front court player off the bench. Uno….dos….Trey!!!

Got the start at small forward and played 30 minutes. Stanley Johnson came off the bench and played 28 minutes.

You know SVG be loving his Johnson, but Tolliver getting the start and playing significant minutes indicates that shit got real in Detroit.

The 14 minutes tied a season-high, but he did not play the prior three games. Just unleash the Boban, SVG. What do you have to lose?

Reggie Jackson got the start at point guard and played 21 minutes. Ish Smith played 23 minutes. Tanya Harding would know what to do in this situation.

My boo. Glad to see him healthy again. I shall pray for you night and day.

11 Mavericks players received at least 13 minutes of run last night. Either Carlisle is a Commie or he’s managing his team for the playoff run.

With De’Aaron Fox out, George Hill got the start and played 35 minutes.

I still have no idea why Hill is on the Kings, but whatever. When he plays, he gets minutes. He’s always good for the occasional dud, but Hill has been pretty productive otherwise.

Frank Mason and Buddy Hield both played 16 minutes and scored two points. I warned you about Buddy yesterday. With that said, back-to-backs are usually not good for jump shooters so I’ll give them a hall pass.

Crabbe has been disappointing. I’ve always been a lobster guy myself. Crab provides so little meat for so much work. Anyways, the minutes and shot attempts are there. He’s too good of a shooter, so it’s only a matter of time. With that said, keep an eye on his minutes, like “tinfoil wearing weirdo looking for UFOs” eye.

Caris LeVert played 27 minutes and Joe Harris played 25 minutes. Both hoisted up 10 shots and made three and two downtowners respectively.

Flying over the ocean when suddenly….the propeller in engine one stops spinning. Then the propeller in engine two stops spinning. You look down at the gas indicator and it flickers to empty. Tap the gauge a few times then…..baroooom. Engine one fires up. Ba-barooom. Engine two fires up. That’s been the owning-Myles-Turner-experience. Hopefully the plane doesn’t dive down into the water.

Did you know Collison is a top 40 player in fantasy? What is life?

Did not start but played 27 minutes. Oh yeah! It’s on like Donkey Kong.

The Force is strong with this one.

Michael Kidd-Gilchrist played 22 minutes, but seemed to have injured his shoulder. He did return to the game and sat most of the game due to the blowout, but it’s something to monitor.

A Saint Nicholas he is not.

Oh, so that’s what happened to Batum. Jeremy is a baa baa-d man.

Doesn’t always get run, but can shoot and grab some boards.

With Kentavious Caldwell-Pope unable to play in games outside California for a month (DUI plea deal), Josh Hart got the start and played 28 minutes.

He’s not the best shooter, but he shows Hart and garners periphery stats.

Slowly but surely my patient grasshoppers.

Only played eight minutes. There were no reasons given for his lack of playing time. Lakers won 122-116, so maybe Luke made a deal with a certain entity.

Revenge! Brewer played 25 minutes against his former squad. He’s played good defense all year and provided a spark on many occasions. With that said, Brewer had played fewer than 10 minutes in six of the last seven games.

Pau saw the tribute that Kobe received and became inspired.

Having a down year, but still a top 35 player for fantasy.

Did not join Pau at the Kobe celebration. Probably did what he’s been doing every night for the past few months: curl up in bed and cry.

Got the start at point guard and played 29 minutes. Not the best shooting night, but contributed across the board.

With Steph and Draymond out again, it was Klay’s turn to be the man. KD had been the guy lately, but Klay went to him pregame and was like, “Yo, KD. I’m going to the club after the game so…..” KD cut him off and responded with, “Say no more.”

Imagine planting a field of strawberries. Every day, you look out across the field and your mouth waters thinking about all the delicious strawberries that will sprout up one day. But everyday, a ravaging band of rabbits pilfers all the red in sight. Last night’s game was looking at the fields with binoculars and seeing a few strawberries that could in fact see the inside of my mouth one day.

Does everything but deliver from downtown. Good thing he’s not an Uber Eats driver.

Mike James played 11 minutes. Maybe he should change his name to LeBron and see if that moves the needle. It’s safe to drop him, if you haven’t done so already.

Canaan just shot himself into the rotation prison yard style. “Yo, Mike. Those minutes look my size.”

Losing all the good players and replacing them with chuckers has been very good for business.

Played 29 minutes and led the Clips in scoring. Cry me a Rivers.