Mike Conley has really had some tough luck with injuries and never playing for an elite team. Now that Memphis appears to be in the midst of a confusing rebuild, it creates even more of a question mark surrounding Conley and his role on the team. You start to feel bad for him, but then you remember the sweet contract he signed. Still, it has to be rough to be at his level and rarely be in conversations about current great NBA players. He shows up, plays with this roster, and puts up his stats, which have him inside the top 30 for the season.

This marks back-to-back excellent games for Conely. The double-digit assists are really nice, as are the 3 3’s. It’s tough to say how things will go down for Conley the rest of the season, but for now, he’s humming along nicely and fantasy GMs should be excited about the production. 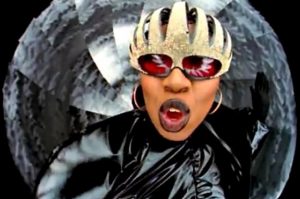 While the Mavs have been having a tough go, it hasn’t meant a thing to GMs rostering Luka. He continued his amazing production in this loss to the Magic. His ceiling is ridiculous.

Vuc continues his best season ever and proved to be one of the best draft day values, defying the odds and maintaining his first round value all season long. He does everything, though if you can ding him on anything, his FG% hasn’t been as stellar recently. But otherwise…check out that fat line.

The 24 boards are a season-high and Drummond has been amazing this season, especially of late. His free throws have been solid and over the last month and he’s been the number 3 player in fantasy. Enjoy the ride.

Otto seems to be ramping things back up with this nice line. Particularly of note are the impressive 8 assists. He’s really upped his scoring and efficiency since his move to Chicago.

Uh oh…looks like someone can hit their free throws now. That makes the high turnovers easier to deal with. So close to a trip-dub, and the 3 stocks are nice.

31/10/7 would be a career night for most. For the best offensive player in the NBA, it’s kind of boring.

Mitchell has been really heating up as we head towards the fantasy playoffs, just in time for his GMs. This was yet another 30-point game for the second-year star and it seems like he should keep it rolling.

Kawhi continues to make dominating teams look easy. It also helps facing a Pelicans team without AD and Jrue. On the season he’s the #6 player in fantasy, though a dip in 3’s, boards, and steals has dropped his stock some.

Lowry wasn’t efficient, but he came through with the only triple-double for the night. He’s been really struggling from the field this season, but his assists are up and he should continue to help and hurt your fantasy team.

Siakam posted another line typical for the young breakout player’s season. He’s continuing his amazing play and providing nice production across the board.

Now, this was a crazy night from deep for Klay. He still has trouble providing much outside of scoring and 3’s, but when you’re feeling it like he was, it doesn’t really matter.

Russ put up another nice line, but the thing to note was that he picked up his 15th technical, which puts him one away from a suspension. GMs that roster him have to just hope he can avoid that next one until after the playoffs are over.

Gallo, along with Lou Williams are the clear cut main guys on the team and it shows. He’ll keep putting up nice scoring with enough in the other areas to keep him in that top 30 conversation.

Sweet Lou dropped a 40 burger on OKC. He also produced some nice numbers in other cats, though going 10-for-15 from the line is pretty out of character. 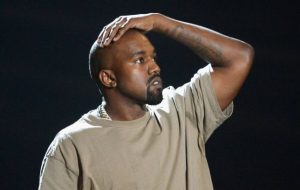 This makes back-to-back rough games from the field for Cedi. It may be time to move on if there’s a hot player on waivers.

It looked like Gary was back after the last one, but maybe the return to form will take a little longer. This has been a season to forget for Harris and his GMs.

Granted, we’re grading PG on a curve at this point, due to his amazing season, but this was a pretty disappointing performance. Fouling out didn’t help. There’s no doubt he’ll bounce back in a big way next time out. 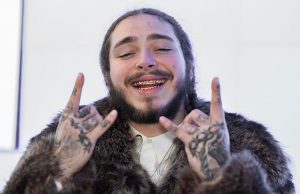 Portis was clearly fouled on the final play of the game, which led to a Charlotte victory. Otherwise, he did more of what he usually does: score, board, and hit 3’s. He seems to have a strong position in the rotation as a starter, but he can produce in these stats regardless of whether he starts or comes off the bench.

Sato offered up a low end, but diverse line, providing production in every cat except for steals. If you look at his last 2 weeks, you’ll see a top 65 player who provides positive contributions in assists, steals, and percentages.

Lamb has been on fire recently, approaching a top 25 ranking over the last month. This was a return to his recent excellence after a clunker against Miami. He’s been one of the nice surprises of the season and should keep offering solid contributions across the board.

Brunson is the other rookie in Dallas and he’s been playing pretty well in a starting role. You can’t be mad at that efficiency along with 18 and 9.

The points and rebounds have tended to be his only strengths, so it was nice to see the 3 blocks. He’s not cracking the top 100 in standard 9 cat leagues, so the disappointment continues.

The efficiency is very nice to see. He also contributed a little everywhere, putting up a triple 1 (technically 2 3’s) and hopefully growing more into his role.

Sexton was efficient in his scoring and managed to put up 6 assists. Unfortunately, the dimes were overshadowed by 7 turnovers. He also blanked on not only defensives stats, but somehow in rebounds. Considering how his rookie season has gone, this is a best-case scenario.

Winslow has been just fine with Dragic back in the fold. He was a board and assist away from messing around and continues to be on the inside of the top 100 over the last few weeks.

With a nice playoff schedule, Blake is primed to offer up nice production for fantasy GMs. Even after an injury scare that took him to the locker room, Griffin returned and posted a nice scoring line. He can’t be too much at fault for his lack of boards considering how Drummond was playing.

While it wasn’t the 39 points from the last game, LaVine’s high-scoring season continued here. The free throw shooting stings, but he’s a borderline top 50 player on the season and better over the last month.

The scoring has been a little down of late for Markkanen, but this was a solid outing. Points, 3’s, and boards have been his calling card and it’s produced a near top 30 level player for fantasy.

22 and 9 is nice and all, but check out those donuts. Still, the scoring is nice and efficient and he’s been more well-rounded up to this point.

Capela has been playing well since returning from injury. The boards, blocks, and FG% have kept him hanging in the top 80 over the last month, and that trend should continue. Also, note the 4 steals!

Jingles has remained steady, hovering around the top 100 for most of the season. While he’s generally not much of a scorer, his diverse production is useful.

Now this is what we’ve been waiting for with Jonas. He was punishing Gobert inside and put up a nice offensive line. His stock is rising and he could be a nice asset moving forward, even with the poor playoff schedule.

This was a tough night from the field for Randle, but he should have clear passage to hugh usage most nights as the clear cut best player in a Pelicans jersey some nights, and the player who will be receiving the most minutes from here on out.

It was clearly a team effort as the Nuggets got overmatched by the Warriors. The minutes and usage got spread around with 10 Denver players getting double-digit numbers. As a result, we got a subpar offensive game from the Joker, but 4 steals and a block help a ton. 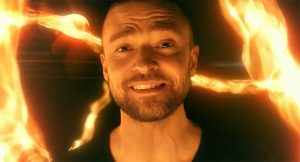 Big Marv was definitely feeling it in this one, going 7-for-10 from deep. While he can disappear at times, Williams is capable of these types of outbursts on occassion. Overall, he’s been warming up and could be a sneaky low end help in 3’s, scoring, and stocks.

Beal was cold from the field all night long and ruined an otherwise good statline. The 5 steals, in particular, are pretty helpful for fantasy GMs. He’s going to get a ton of minutes and usage for the foreseeable future as the Wiz hang on to their playoff hopes.

Like Beal, Kemba was not feeling it from the field, but did enough in his other cats to salvage his line. He’s been sliding a little but still keeps a #22 ranking in fantasy for the season. 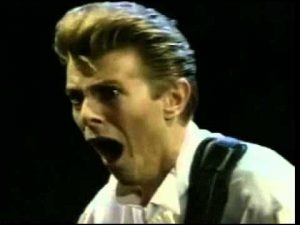 While he’s pretty much just a scorer, as evidenced by this shallow line, the opportunity is there. Jrue should be out for at least the next week, so go pick up Frank if you need some scoring and 3’s.