If I told you someone went off for 23 boards, 99% of hardcore NBA fans would guess that it was Drummo. The free throws continue to be a hindrance, but that hasn’t stopped him from being a 2nd-round pick on the season and a borderline 1st-round pick over the last month.

Following some recent struggles, this was a welcome sight for Butler and the fantasy GMs that roster him. His points, boards, and assists have been very good, but the steals have been elite.

Embiid has been a beast this season. Following an 8-game absence, he’s hit the ground running and hasn’t missed a beat, posting great numbers in his last three games. Let Joel help lead you to the Promised Land.

Most were concerned about Tobias’ fantasy value after the trade, but the dropoff has been minimal. He’s still inside the top 30 and producing quality lines like this one most nights.

Kemba was not very efficient, but he did what needed to be done in making quick work of the Wizards. He put up the excellent counting stats that we’ve become accustomed to. While he’s been regressing a little over the last month, he’s back at it recently with a top 15 ranking over the last week. He’s an easy top 20 player.

At this point, the Wizards are like watching Teen Wolf, where Beal is playing the part of Scott Howard aka the Wolf, doing everything on the court with a bunch of bum teammates. He’s bordering on 1st round value for the season, but the #2 player over the last month. As long as they don’t rest him, he’ll keep up this crazy production.

Is Giannis officially the most unstoppable force in the NBA? The free throws have been holding him back, but even with his issues at the line and turnovers, he’s easily in the top 10 with room to grow.

21/5/8 with 2 3’s is kind of what we were expecting heading into the season. He’s got back-to-back good games in his pocket. Hopefully, this means the slump is over.

Booker has been a nice producer in points, 3’s, assists, and free throws all season long and he represented that for the most part here. The high turnovers and low FG% hold him back, but he’s constantly flashing potential to eventually move past his current top 50 ranking.

He’s been close to a top 10 player this season. He wasn’t super efficient from the field, but he put up some good numbers in the other cats.

CJ has been on fire recently, pushing into the top 20 over the last month. If you need points and 3’s, he’s one of the best.

When your team doesn’t have a true point guard on the floor, it’s apparently up to the center to play facilitator. DAJ stepped up big for fantasy GMs and was one assist away from messing around. He surprisingly did not add any stocks, but he did shoot 100% from the line (1/1). It will be interesting to see where Jordan heads next season, as New York will most likely be shifting focus towards Mitchell Robinson. Either way, he’s showing he can still produce.

After missing the last two games, LaVine got right back to business. He didn’t produce any defensive numbers, but otherwise, this was another strong showing for Zach. He’s been a solid top 60 player all season.

Who would have guessed that RoLo would be posting back-to-back 20 point games smack in the middle of the fantasy playoffs? There’s no threat to his minutes and he’s doing what he does, contributing points, boards, blocks, and nice efficiency. Keep him in your lineups.

After taking an ill-timed rest game, he came back without missing a beat in this game. He’s top 30 player in fantasy and has been a nice surprise this season. 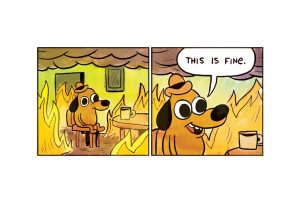 This was a big dropoff from the 34 points he put up in the last game. The shot just wasn’t falling and he had trouble putting up stats in general. He’ll keep up his top 40 play and bounce back in the next one. 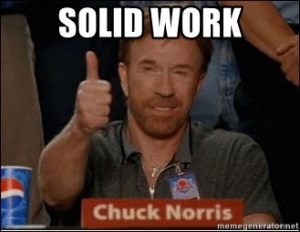 With LeBron out, Kuzma picked up plenty of the playmaking slack. The 10 assists were a career high. With so many Lakers out, he should continue to see a ton of minutes and be productive for fantasy GMs.

Rondo was the old vet on the floor for this game and he posted some really nice numbers across the board. He should continue to be a reliable source of assists and steals as long as he gets those minutes.

This was kind of a weird one for Simmons. No, he didn’t attempt a 3, but those assist and board numbers are way down from what we have come to expect. Expect a regression to the norm on the next one.

Lamb has been a consistent producer this season and surpassed everyone’s expectations. He’s lived in the top 74 all season and there are no signs of slowing down.

Batum has looked a lot more like his old self over the last month, when he’s owned a top 50 ranking. He delivered more of that here with his versatile line, contributing across the board and stepping it up at just the right time for fantasy GMs.

Parker has been producing well in points, boards, and field goal %, but his shooting from the line has held him back. This was a solid game, minus the lack of stocks, but he’s a good end-of-the-roster player for your fantasy squad, especially with Washington’s primo playoff schedule.

On the season, he’s just barely standard league relevant, but over the last month, Winslow has been hovering around the top 80. This was a nice game that showed off his versatility.

Bam started and showed off his double-double abilities, but what’s been especially impressive has been the nice assist numbers he’s been posting lately. The scoring was low, but efficient enough. He also managed to chip in a block and a steal to post a nice line.

Ayton came strong with an efficient double-double. The 7 turnovers are rough, but he’s showing himself to be one of the best rookies this season, knocking on the door of the top 30.

Oubre has been right around the top 60 over the last month and has clearly found a nice home in Phoenix. He’s stepped up his game since being traded from Washington, but the steals have been especially nice. The 5 swipes tonight, combined with 2 blocks make for a huge defensive night for Kelly.

Elf has amazingly messed around for three straight games. With Jrue out and potentially done, Payton should see all the minutes he can handle. He doesn’t get a ton of stocks or 3s, but the points, boards, and assists should remain strong.

LMA has been on fire lately, as he’s the #13 ranked player in fantasy over the last month. This game wasn’t awful, but it’s a big disappointment coming off of his recent outings. Still, it’s a double-double, though a completely hollow one.

SGA provided some nice numbers here, delivering multi-cat productivity. His ceiling is really high, so look for some potential big jumps next season, but games like this help GMs out now.

Harrell has come alive in the last three games and it couldn’t have come at a better time for fantasy GMs. He even went 8-for-8 from the line to help make for a super strong fantasy game. 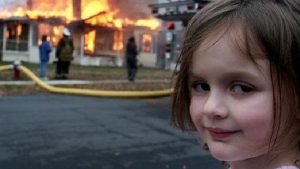 While he’s been an overall nice surprise this season, he’s been very up and down. This was a return to the good McGee, as he posted a quality double-double with 4 stocks. Ride him while he’s hot.

Galloway has been a 3-point beast of late, but most weren’t anticipating 23 points. Keep him in your lineup and rack up those 3’s.

The nature of the game allowed Collins to nab 23 minutes, which helped him show off the potential that has Portland excited. He was close to a double-double and added a whopping 4 blocks. While he didn’t make any 3’s, he did attempt two of them and is fully capable of providing help in these cats when given the opportunity.

This was probably Poeltl’s best all-around game yet. He was efficient and added 7 stocks. It’s tough to trust, but if you had him in your lineup, congratulations. 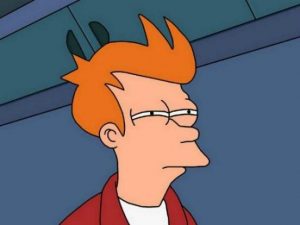 If you ignore the inefficient shooting and low scoring, the rest of the line is surprisingly fat. The 5 stocks are especially nice. He’s been pretty up and down recently, but maybe his production is stabilizing. Keep in mind that while he’s dealing with a sore knee, he’s definitely at risk for sitting in the next one against Memphis.

Well, now we see who steps up with AD and Jrue out. This was a massive game that probably should have gone for 50 points if Randle wasn’t so awful from the line. The turnovers are also rough, but the rest of the cats are well represented. He should continue to eat, especially in games where AD sits. 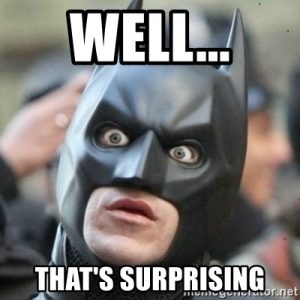 While not very efficient, he was able to keep it going with back-to-back 16 point games. The addition of the other stats across the board will only help raise his legend in LA. He’s clearly worth picking up in deeper leagues.

Now that his 2-way contract has been converted, House showed off his skills in a start for CP3. While his spot in the rotation may fluctuate quite a bit, he could be a sneaky grab for points and 3’s.