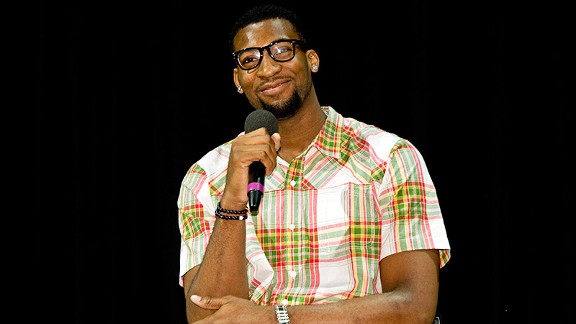 As usual, with the trade window opening, Drummond has been involved in a flurry of trade rumors, most recently with him projected to go to Toronto. I don’t know much about the Canadian market, but I do know if that trade goes through, stocks are going through the roof.

Sexton was very efficient last night which has been the norm for him, averaging 48.7% from the field. You love to see it, from a guard no less. Top-70 on the year.

Mikal has cooled off after sustaining a top-50 pace for much of the early going. The steals have dried up but at least the blocks are coming back. All things must regress to the mean, I guess.

Ayton owners could use a few more lines like this. He just hasn’t been the dominant inside force we expected. The Suns already have shot-takers and Ayton doesn’t have to do too much.

Could this be the resurgence? Probably not, but the assists may be coming back. For what it’s worth, he looks like the same guy, just on a different team. Suns are good. Top-50 per game value so far.

Cousins should be a nice low-end big while Wood is out, with mid-round potential.

With Wall sporadically missing time and and Wood out, there will be plenty of nights where Oladipo puts up 18+ shots. If he’s not going nuclear, the Rockets aren’t winning many games.

LaMelo missed all of his 2-pt FGs but was hot from behind the arc. His minutes should come down slightly as Rozier and Graham get healthy, but Borrego will have a hard time benching his star rookie if he continues performing.

Miles Bridges had a monster double-double tonight but he didn’t do anything else, making for a decent line.

Monk with 4 stocks tonight. Even though he’s averaged 30+ MPG over the past seven days, he’s still outside of the top 100 in that time.

He tanks your percentages but the counting stats are undeniable. He’s also sending way too many errant passes, and made the losing play for the Dubs tonight.

Has some short-term appeal while the Dubs are forced into ultra small-ball with Looney and Wiseman out.

Hit some crazy shots—unremarkable by his lofty standards, but still—in a road loss to the Spurs.

Oubre started this game hot from beyond the arc, but seemed reluctant to pull the trigger as the game went on.

I’ve been saying it since day one, if Poeltl’s getting more than 20 minutes, he’s returning solid value. Worked his way into early foul trouble but managed to stay on the court for 30 minutes all the same.

Dejounte has been a bit suspect with backcourt mate Derrick White returning, but he went off today, getting in all the passing lanes.

Lowkey, Len has been putting in work in a Wizards uniform. He’s also been fouling like crazy, and Brooks doesn’t seem to trust him much, so it’s hard to recommend picking him up.

Thinks he’s Draymond out here with this line, minus the dimes and TOs. Weird, but somewhat acceptable? Eh.

Per-minute blocks machine, but contributes little outside of that. He can’t even grab boards at a passable rate.

Has been by far and away the best pickup since WCJ and Lauri went down. Gives you a bit of everything on decent efficiency, though his FT shooting is subpar.

I’ve been getting on Pascal’s case this season, but he has been fantastic as of late, ranking 15th overall in the last seven days.

How was this guy undrafted? I get it’s hindsight bias, but it’s still so unbelievable that such a talent was overlooked completely. 5 turnovers are the sole blemish.

So, Boucher’s not going to be a consistent 20/10 guy like he’s been for stretches, but he’s also not going to average just 15 MPG over a season. Overall, he’s still pretty great for a waiver wire pickup.

He’s back, and with a fury. JV’s revenge game was glorious, though the bench failed to deliver in a loss to the North.

Brooks’ shooting has been miserable all year, clocking in at a 37.7% mark. He had three stocks tonight and a serviceable if unremarkable 8/20 from the field.

Ant is finally starting for this god-awful Timberwolves team. He was a fantasy beast tonight, providing 4 stocks, some dimes, and 22 points on decent shooting. Let’s see if he can keep it up, though I’m afraid ROY is almost certainly out of reach.

TWolves only turned the ball over 9 times, collectively. Beasley is going to be real fun to own this year given the record of the team and the ample opportunities he’ll face.

Absorbed the bulk of the PG minutes after after DLo went down and came up with a pretty nice line. Unfortunately, he’s well outside the top-150 on the season, and could use a change of scenery come the trade deadline.

The second-year guard got some run and made the most of it, posting a very efficient 18 points and some defensive stats. With Culver and Okogie also in the mix, I wouldn’t expect too many games like this from Nowell, though a trade could clear some minutes.

Easily the Latvian’s best line of the season so far, boosting the lowly Mavs to a win over the even lower TWolves. 6 swats, 10-19 from the field, 4 tres, 13 boards—count me in.

JRich got to it tonight. He’s been ramping up, as he’ll need to in order for Dallas to win more games. In the last seven days he’s posted top-90 value.

Why have I never drafted Middleton? I always fall for the sexy picks and overlook the girl who was there all along. Top-30 on the year.

Turned in a gem of a line with 5 stocks and some boards. Usually I’ll harp on efficiency but I’ll let it go for Big Ragu.

Played 39 minutes as Coach Malone went with an 9-man rotation. He’s outside the top-100 on the year.

Let’s hear it for the older guys still playing 30+ minutes. Much like Barton, Millsap had a pretty good game in a losing effort against the Bucks.

Bazley couldn’t miss in the first half, but wound up shooting a putrid 33.3%. All things considered,  you take it from the youngster, who’s been heating up as of late. To be fair, it was against one of the premier defensive teams in the league, who also happen to be heavy title favorites.

I still remember the hype for Cheick when he was coming up with the Pels. He’s officially passed the baton off to Hamidou. Daigneault only played eight guys even through OT and as a result, multiple players saw minutes in the forties. Diallo can pass the ball a bit and contribute across the board, so he’s worth keeping an eye on.

Shai is riding high, and this was a rare off-night shooting for him. Top-35 on the year.

Dominated in the absence of AD. What else is new?

He always makes for a good play when AD sits. The shooting was just disgusting though, making for a very sad double-double.