There will come a day when the aliens present themselves, big bad ships with weapons and all. I’ve watched Mars Attacks! so I know how it all goes down. Their technology will be more advanced so it will be futile to fight them on the battlefield. Our pew pew weapons would be no match against the photon weapons they would likely possess. How about we pit Ken Jennings against their best for a game of Jeopardy? Uh, they travelled through space and time, so no thanks. Our only hope is to have them agree to one five-on-five game of basketball. I’m sure they didn’t pack sneakers and shorts. Any advantage we can get. Now, who would represent Earth? This debate has been going on for a while but the only logical course of action would be to breed Embiid now so that we have a team at the ready when the day comes. Why Embiid? Because he can literally do it all on the court. Look what he did to the Heat last night in a 137-134 victory in overtime.

Now, the Heat were Bam-less and ravaged by injuries and health protocols but whatever. He was supposed to dominate, and dominate he did. Embiid can score inside, outside, get his 211 on, channel Mutombo, grab boards, dish out dimes, and drain his free throws. Like I said, he can literally do it all. On the season, he is the #2 player for fantasy on a per-game basis. Check out his averages: 26.6 points, 1.2 tres, 12.1 boards, 3.1 dimes, 1.4 steals, and 1.6 blocks while shooting 54% from the field and 86% from the line. Yeah, F the Space Force. Divert all those funds to breed as many Embiids as possible.

COVID protocols and injuries are freaking ravaging the NBA. The Celtics/Bulls game was postponed. Here’s who was unable to play last night for the Heat/76ers game: 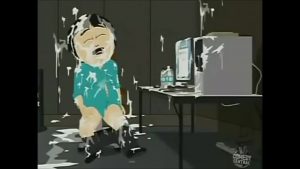 That’s essentially a month’s worth of production for Green. His career-high is 33 points, which happened back in 2014. Green did score 29 points for the Raptors back in 2019. He’s grabbed at least 10 boards now five times in his career. The six dimes tied a career-high. That’s the 17th time he’s contributed at least 2 steals and 2 blocks in a game. The six turnovers were a career-high. Translation: A career-freaking night for Green.

Got his first start and played 36 minutes.

When the Heat get healthy, he will go back to playing 17 minutes per game.

Played 39 minutes and led the team with a 33 usage rate. When the Heat are at full strength, Herro is averaging 34 mpg and garnering a 23.6 usage rate. He doesn’t contribute the D, which makes sense because he has to save that for Katya, but he will provide points, tres, boards, and some dimes.

Prior to last night, Vincent played a total of 15 minutes. He is 24 years old, 6′ 3″, and 200 pounds. Vincent played his college ball for the UC Santa Barbara and went undrafted in the 2018 NBA Draft.

Played a whopping 46 minutes. Robinson will grab some boards but is a tres specialist. He’s averaging eight per game after hoisting up 8.3 last season. The percentages are down across the board, though, as he’s shooting 39% from the field, 39% from downtown, and 78% from the line. Those numbers were 47/44/93 respectively. As a result, he’s outside the top 100 for fantasy.

Only the second time Barton has scored at least 20 points in a game. Now, he played a season-high 38 minutes last night, as Gary Harris didn’t play, so this is not the N.W.O. He’s been very inconsistent all year, as he’s scored single digits in five games. On the season, he’s just outside the top 100.

7 steals?! Someone call 911! Is Nikola bored of trip-dubs so he’s elevating his game to quad-dubs? He’s really trying to push Tesla off the Nikola pantheon. Geez. I respect it, though.

Got the start for Gary Harris and played 16 minutes. No no to Bol Bol, at least for now.

With Kyrie Irving being an asshole and partying it up with Drake, Durant garnered a 33.7 usage rate and led his team to a 122-116 victory over the Nuggets. He’s the number nine player for fantasy right now. I’m sure there are many teams out there that went Embiid and Durant at the turn. Damn.

An interesting development in this game was that DeAndre Jordan was a DNP-CD while Jarrett Allen played 36 minutes. Nash went to Jarrett and liked it so much that he cut the cord on the DJ. Is it possible that Kyrie is the one who kept backing DJ for playing time, and now that he’s ghost, Nash is free to do whatever he wants?

Got the start and played 21 minutes because Andre Drummond was unable to go due to a sore Achilles. Due to McGee’s asthma, he will never see more than low-20s in minutes but he can provide plenty of boards and blocks during that time.

In 28 minutes off the bench. Over the past four games, Clarkson has been a top 40 player! He’s getting four to five minutes of additional run due to the Joe Ingles injury. Clarkson will provide points, tres, boards, and some steals. The efficiency has been off-the-charts right now, as he’s shooting 50% from the field. He’s a 44 to 45% shooter. When the regression hits and minutes come down, he will be outside the top 100.

In 23 minutes. Impressive. Let this be a lesson to kids all over the world that you don’t have to AND-1 and ESPN all game. Do the nitty-gritty and you can carve out a successful NBA career.

Only played 26 minutes because the Lakers housed the Rockets, 117-100. Over the past three games, Wood has limped to top 85 production. He still has a chance to finish in the top 20, though, as like Embiid, he literally does it all. Fine, maybe the dimes are a little light but he’s just learning that sharing is caring.

Houston, we have a problem. Over the past five games, he’s failed to jack up over 17 shots in any game, and the usage rate has been sub-30. Last season, he averaged 22.3 shots per game and garnered a 36.2 usage rate. If you can buy low, I would, but he’s not going to lap the field like he has in the past.

In 18 minutes. Cousins is shooting 35% from the field on the season. He’s never been an efficient shooter but that’s uncharacteristic. He will be better as the season progresses. Cousins stuffs the stat sheet when he’s on the court but he likely won’t get more than 18-20 mpg.

LMA has now got his minutes ramped up and is averaging 33 mpg over the past four games. As a result, he’s been a top 60 player. That’s no laughing matter, as he was outside the top 100.

Back-to-back 20+ points, three boards, and one block games. Woo hoo! Woo hoo! Woo hoo! Woo hoo! Keep in mind that DeMar DeRozan missed both games and Derrick White is still out. Walker has potential as he’s an athletic freak, can create his own shot, convert from all three levels, and play defense. For fantasy, though, he’s pretty limited as a points and tres player right now.

Every Thunder starter scored in double figures: Bazley, Dort, and Hill all scored 12 points while Horford scored 10. Shai Gilgeous-Alexander scored 20 points to go along with nine boards and two dimes. Looking at the Thunder box score was like going into a Baskins Robbins and all the tubs were filled with vanilla.

Kelly has not been providing the Big O for anyone. Ladies are unhappy. Fantasy fellas are unhappy. There is hope, though. A prepubescent boy has difficulty finding the clit in the beginning, but the more he keeps trying the better he will get. Oubre is shooting 35% from the field but he’s a career 45% shooter. There is light at the end of the tunnel.

Every morning the sun rises. So does the SON. Every night the sun sets. What do you know? So does the SON. The NBA equivalent of such predictability is Domantas Sabonis dub-dubbing, as he’s notched one in every game this season. Such a beast. He’s also chipping in 5.8 dimes per game. Beauty by the Beast! He lacks in tres and defensive stats, though, which keeps his overall value in the top 50 range.

Got the start and played 31 minutes as Victor Oladipo rested on the second leg of a back-to-back. Prior to last night, Sumner had played a total of 20 minutes. He has some potential as he’s athletic and can score but won’t get consistent minutes as long as everyone is healthy. He may get the occasional spot start, though.

In 28 minutes off the bench. Holiday has started six games this season and been terrible. Oladipo was out so he garnered a 24.4 usage rate. This is a likely outlier, high-point game for Holiday but I’ll keep my eye on him just in case it’s the start of a new trend. Who am I kidding?