The MPAA (Motion Picture Association of America) film rating system has undergone numerous changes over the years. In 1968, there was G (general audiences), M (mature audiences), R (restricted), and X (under 16 not admitted). After a few years, the ages for R and X were raised from 16 to 17 years old. Then, a GP (parental guidance suggested) was added. That was subsequently changed to PG. Then PG-13 was added because of complaints about violence in certain PG movies. X was then changed to NC-17. Ai yai yai! My freaking head hurts. You know what wasn’t confusing? The performance from Paul George, aka PG-13, last night.

A 40-burger on 73% shooting without one free throw attempt! Simply amazing. Anyways, since coming to OKC, the rebounds and assists are down, but the 3.1 3s on 7.4 attempts and 2.2 steals are career-highs! Don’t get hurt and looking forward to seeing you in Los Angeles next year, Paul. LA. Hollywood. MPAA. PG-13. It just fits too well.

Can we get Ernst and Young to do a little accounting magic? Subtract a one and move it over to the left. It’s harmless. C’mon now! They’ve done worse.

Nikola Jokic did mess around.

The Nuggets were at home and….Ernst and Young anyone? Naw, y’all know how much I love Jokic, so no disparaging. ‘Till death do us part.

There will be nights went he shoots 1-for-7 and scores two points, but he’s a nightly 40-burger threat.

Wilson Chandler got the start at power forward and played 34 minutes. He did what he’s done all season. Nothing. Trey Lyles only got 15 minutes of run. I’m sad and baffled, but then remember that this is the same Mike Malone that took half a season before realizing that he should start Jokic.

Every dog has it’s day. Pretty sure a repeat performance is not in the mix, unless Grant wakes up and it’s Groundhog’s Day.

Terrance Ferguson left the game after four minutes of action due to illness. Alex Abrines filled in and played 29 minutes.

Yawn. I’m still Harden excited from the prior game.

With Eric Gordon out, Green played 30 minutes and did what he do. Only an option when a member of the backcourt is sitting.

Returned from a one-game absence and played 30 minutes. Should be back to playing 35 minutes a game in no time.

I have this aunt that would drive me crazy when she drove. She was one of those people who would keep messing with the gas pedal. Not like pedal to the medal. More like….press gently….let go….press gently…let go….press gently…..AHHHHHH!!!! That’s owning Green for fantasy. He will produce, but the ride will be uneven and annoying.

Played 20 minutes. The Rockets are not a good matchup for him. In the earlier meeting, Gasol only played 18 minutes and scored four points and grabbed four boards. He’ll be fine going forward. Just keep in mind of the Spurs Siestas.

Played 24 minutes. Won’t provide much scoring punch or 3s, but he’s going to get you a ton of boards and some assists. Dejounte Rodman. Patty Mills played 24 minutes, while Tony Parker got 17 minutes of run, so the ceiling is capped.

Played 32 minutes. And that’s the key. He’s been consistently getting around 30 minutes of run every game. Boards and blocks should be plentiful.

With Eric Bledsoe out with injury, Malcolm Brogdon got the start. Unfortunately, he left the game after 10 minutes due to a quad tendon strain. He had to be helped off the court and was seen on crutches with a cast after the game. Matthew Dellavedova would likely be the guy to fill in.

Doesn’t block anyone. Not great news for fantasy but would make him a Twitter Hero. Besides geting a gentleman, Middleton contributes in everything else. Top 30 player for fantasy on the year.

Played 24 minutes. With the Brogdon injury, could carve out a role for himself. Can shoot from downtown, grab some boards, and get some steals. Keep an eye on his minutes going forward, especially since Tony Snell kind of sucks.

Better. I never want to see this KAT getting Wiggy Wiggy Wiggins with it. Only bow wow wow yippee yo yipee yaying.

You know you’ve found the right Butler when you start taking him for granted. The consistency has been remarkable.

Remember Duck Duck Goose? You go around, very slowly, tapping the heads of the other kids….duck……very methodically …..duck …….. rhythmically ……duck ……deliberately……..duck….then out of nowhere ……GOOSE!!!! That’s Lowry’s season. He will put up 10-12 shots a game and just kind of coast, then BAM!!!! He’ll shoot 20 times in a game and go bonkers. It happened on January 20th when he dropped 40 and it happened again last night. Now, back to the reguarly scheduled programming. Duck ….. duck …… duck …..

With Fred VanVleet and CJ Miles both out, I thought Delon Wright would benefit. He played 13 minutes and did not score. Instead, it was Norman Powell who stormed the beaches. 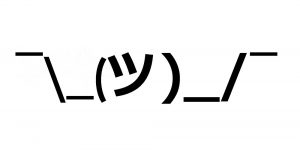 Has stepped up since Wall went down. Had a 19% usage rate last night, but he contributes in so many categories that he’s as close to Otto-matic as they come.

The new, but not improved, TJ McConnell.

27.4 usage rate last night. He’s going to be the guy with Wall out and looks to be more comfortable in the lead role.

Great Scott! A 31.9 usage rate. We thought Kelly Oubre Jr. would be the main guy off the bench. Could it be Scott? Something to monitor. Text ISIS from our phones to bring the NSA on board?

Continuing to churn out double-doubles. Wonder if he’d rather be doing that at In N Out instead of for the Grizzlies?

Played 31 minutes. I still think he’s a fine acquisition. As we saw, will be inconsistent but there’s 30-point ceiling there. Actually played some point guard, so that adds to his appeal.

Played 20 minutes. Should supplant Martin in the starting rotation soon. Can score and board, if you’re into those sort of things.

Got the start at shooting guard and played 35 minutes. A 3 & D player with a little d. You may giggle girls, but he’s making $2.5 million this season.

Getting minutes and shot attempts. And the coach loves him. You may not like Johnson, but sometimes you gotta do what you gotta do.

Never forget about Dre. Had a 35% usage rate in the fourth quarter.

Lake gets the B back in his name for one night. A nice debut and things were meshing pretty well. Let’s not forget two things, though. It was the Memphis Grizzlies and the Pistons started the season 10-3.