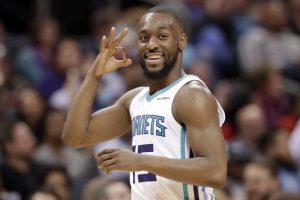 With Dwight Howard serving a one-game suspension for his 16th technical foul, Willy Hernangomez got the start at center.

Freed Willy only got 19 minutes of run, though. I think a 60 point lead had something to do with that.

Grizzlies……smh. No blurbs for you!!! As I wrote in yesterday’s recap, can’t trust anyone on this team.

Jingle bells. Batman smells. Robin lays an egg. Do you know what Stan Son tells? Triple-dubs are coming. You have been warned.

I think the most impressive aspect of Mitchell’s season has been the consistency. You can pretty much pencil him in for 20 points a night with 5 boards and 4 dimes. He has a 40-burger and a couple of 30-point games, but he rarely accesses his ceiling. Just the system that he’s in.

With DSJ out due to injury, Barea got the start again and played 28 minutes. He’s played 30 minutes once this season, so his minutes ceiling is pretty much established. It don’t matter with JJ, though. A professional scorer.

Played 26 minutes. I don’t think Yogi is particularly good, but he gets minutes and opportunities. Second on the team in shot attempts last night.

Dre Day was back, but as mentioned above, it was in an OT game. Since Lake came to Detroit, Dre Days have not been as robust.

Got the start but only played 20 minutes. Probably 20 minutes too many.

Played 33 minutes. Ish Smith made a wish. For jumpers to swish. So he can flourish. And make Reggie look foolish and squirm like a fish. SVG will more than likely make the point guard shituation a 50/50 affair. 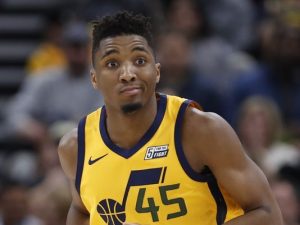 No Chris Paul, so James Harden moved to the point with Eric Gordon starting at shooting guard.

And the Rockets still managed to win. I mentioned it a few weeks ago, but the Rockets are no longer the uptempo team. They have been playing at the third-slowest pace and are 12th in defense for the month of March.

Dennis Schroder was ruled out, even though he wasn’t on the injury list that was released by the team earlier in the day. Anyways, Isaiah Taylor got the start and played 26 minutes.

Taylor had been getting around 23 minutes of run even when Schroder was starting. While he will chip in some assists, he doesn’t really contribute in much else outside of points.

Got the start at shooting guard and played 22 minutes. With Kent Bazemore done for the season, Lee has been starting and getting around 24 minutes of run a game. He can shoot from downtown and chip in some boards with the occasional dime and steal. Shooting around 8 times a game. Not great, but not turrable.

Played 26 minutes. Is the only reliable front court player with John Collins out.

Fitting that the Kings bottled up the Prince, no?

Got the start at power forward and played 30 minutes. Has potential, but like my momma always told me, potential don’t mean shit. Plus, the minutes haven’t been consistent. Neither has the production.

Played 26 minutes. The 20 points were a season high. Still don’t understand why the Kings selected Jackson. He is so meh. I think they thought it was Josh Jackson.

Played 20 minutes. My momma also told me to not say anything when you have nothing nice to say.

Played 30 minutes, the most since December 29th. For one night at least, the Kings turned the dial to FM.

Played 28 minutes. I think the minutes and shot attempts will be secure for Buddy. 15 shot attempts and around 28 minutes a game sounds about right. He had been grabbing around 6 boards and dropping 5 dimes over the past four games. Unsustainable. Last night’s line is more likely what you will see going forward.

Mario with the D finally delivered, bringing satisfaction to both women and men. Only played 22 minutes, though. PHI defeated ORL 118-98.

The only starter for the Magic to score in double figures was Aaron Gordon with 10. Hezonja with 9. Iwundu with 8. Vucevic with 7. Augustin with 6. Ha! That’s cute. All you need to know about the Magic last night was Rodney Purvis played 22 minutes and led the team in scoring with 19 points.

Top 50 player over the past month. Only thing he doesn’t do is shoot from downtown.

The points are often on R & R, but the dimes have been fairly consistent recently. While the pace of play has slowed down recently, the Pelicans are still running at the fifth-fastest for the month of March.

Played 16 minutes. There was no need to worry about Mirotic, as he was getting plenty of run and opportunites. Well…..it’s time to start worrying.

Played 23 minutes. Continues to get consistent minutes and is hoisting up shots when he’s on the court.

Locks and sleepers of the day for dfs??

I like Curry, Middleton, Grant, Parker, Len, and Davis.

Yo Son, great write up as always brotha

i’m in the last day of an ultra tight playoff match. i’ve given up hope in assists, points and threes. but i might have a chance at winning, fg% ft% are a lock, blocks are a lock. it’s super, super tight in rebounds, steals, and TOs.

should i bench rubio and sweet lou today? they might lose me TOs but then again it’s super tight in steals. i’m torn

VS his team today:

Hella nervous today, got quite a bit of cash on this league lol

Hey man I just wanna tell you that I’m advancing to the championship round. Lol It’s not gon be easy tho bcos I’m on number of games disadvantage. But I still believe that fantasy hoops is a 50/50 game–half is luck and the other half is I don’t really know. Lol But I honestly wouldn’t mind winning, I mean nobody remembers the runner-up ain’t it. Let me show you my squad, then my opponent’s and their number of games.

I haven’t thought about my chances of winning, I just wanna go with the flow. But do you think I should drop Payton for someone else? He’s been terrible lately and I just don’t think that’s gonna change soon. The Suns are obviously tanking, so maybe they’d love for Payton to suck even more. Lol I feel like he’s more of a liability on my team than an asset. I even wanna bench him for his game on monday what do you say? Drop him for Wellington? Or keep him and hope for the best. Ha

@I just wanna Kawhi: Nice! Congrats! Best of luck to you, but that 3 game deficit is going to be tough to overcome. As for Payton, I wouldn’t drop him for Wellington. It was good to see Elf get the 34 minutes on Sat. Granted, was against ORL but still….Hope the minutes maintain. He’s been putrid but the potential to go bonkers is there. You gotta just send him out there and hope that bonkers is on the menu this week.

True. It’ll be tough so we better rely on our boys having big games for the week. I know fantasy is a numbers game too but I believe I’ve got the better core than my opponent. If Russell flops in one of his games that could open up things. Or a few of his players miss games due to injuries. Ha. I’m hoping Donovan, CJ, Capela, and Mitchell at least put up a stellar performance in one of their games.. That could really change things up.

Yea, Payton. I could hold onto him until maybe his 2nd game this week.. I hope he delivers but you know I’ve told you before I’m a Suns fan till death and I know what’s really going on with that organization. Payton will suck this week, not because he’s awful, but bcos he will be asked to suck for tanking purposes. Lol Let’s get this chip ma man.