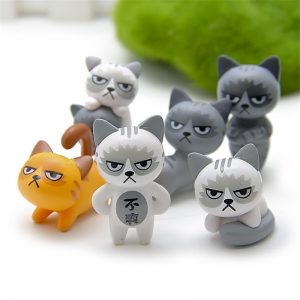 In the animal kingdom, lions hang with lions, while gazelles chill with gazelles. Makes sense, as one group likes to eat the other. In the human world, things are a bit more complicated. Humans come in different sizes, shapes, colors, and live in different environments and locations all throughout the world. With that said, a human is still a human. It’s cool to identify with another person or group that has similarities to you, as it brings a level of comfort and security. I get it. But most of the problems of this world arise when we focus on the differences to discriminate and differentiate. When I was younger, I’d often see kids referred to as “sellouts” if they didn’t hang out with kids of their own race. Seriously, who gives a shit? I’m not hanging out with someone just because they are Korean. If said person is cool, that’s all that f***ing matters. So, it is with tremendous angst that I must voice my displeasure for the cat community, which texted me all Sunday about Karl-Anthony Towns. Yes, cats and dogs are basically humans. They think KAT is one of theirs. He’s been meowing and purring for the past couple of years, but on Sunday, a transformation occurred. KAT was howling like a wolf. KAT was playing like the dog that he is. 32/12/2/0/1/1. 12-of-26 from the field, 2-of-6 from downtown, and 6-of-6 from the charity stripe. Ahh-woooooooooo! KAT is not a sellout. KAT is just a baller. A very, very, very good baller.

Jimmy Butler – 25/4/5/3/1/1. 11-of-19 from the field, 0-of-1 from downtown, and 3-of-5 from the charity stripe. There’s a reason they call him “Buckets.” Now that I think about it, Butler reminds me of the bucket you use when there’s a leak. Drip. Drip. Drip. Eventually, the bucket gets filled with water. In Jimmy’s case, the season started off slow….drip, drip, drip. But, eventually the bucket started filling up and….The moral of the story is that Jimmy always delivers and fills the Buckets.

With Jeff Teague still dealing with an Achilles injury, Tyus Jones got his first career start on Sunday. 9/5/7/7/2/0. I know many of you like the stats in number form, but seven liberations! The oppressed around the world jumped for joy. The hungry were not so happy, though, as zero turnovers were provided. 3-of-6 from the field, 1-of-3 from downtown, and 2-of-2 from the charity stripe. He can shoot, play D, and take care of the ball. Is that a tent I see in Thibs’ pants?

Jared Dudley – 6/3/6/2/1/1. He’s baaaaack. Now, that can be interpreted two ways. If Steve Nash was entering the arena, the expression would be met with exuberance. If Jason from the Friday the 13th movies came into the arena, that would be a frightening experience. Fantasy owners probably side with the latter, as his return nukes the value of some of the youngsters on the squad.

Dragan Bender – 9/0/0/1/0/0 in 21 minutes. See the middle three numbers in his stat line? That’s what Bender thinks about you fantasy nerds.

Allen Crabbe did not play due to a sore back. In his place, Joe Harris got the start and put up 13/6/1/0/1/1 in 37 minutes. 4-of-10 from the field, 4-of-8 from downtown, and 1-of-2 from the charity stripe. No wonder Joe wasn’t a successful member of the NYS Laborers Union. He doesn’t put up bricks! Regardless, they still consider him one of their own and wield their power to get him, not only minutes apparently, but starts as well.

Caris LeVert – 9/1/3/1/1/3 in 29 minutes. He got a ton of run because of the Crabbe injury. I prefer the guy that has the backing of mafia….I mean organized labor group.

Jarrett Allen – 2/3/0/0/0/0 in 11 minutes. Tyler Zeller received 20 minutes at center and put up 7/5/0/0/0/3, while Timofey Mozgov played 13 minutes. Zeller has received around 20 mpg the past five games, so Atkinson obviously likes him. As for Mozgov, he also has “organized labor” backing him, but not from this country. I’ll give you a hint. It’s starts with R, ends in A, and the leader rhymes with gluten. I’m still holding out hope for Allen, but it’s going to require patience and possibly some things that are done under the table. Any loan officers in the house?

Dillon Brooks – 2/1/0/2/0/2 in 23 minutes for the binary code. It was a season-low in minutes for Brooks, but I wouldn’t make too much of it. No one on Memphis could get going. With that said, Brooks has been getting the minutes, but he’s been kind of meh.

Chandler Parsons – Tweaked his knee. Shocker. Injury doesn’t sound serious, but it’s Parsons. Tyreke Evans took his place after he went down. Reke is already a candidate for Fantasy Waiver Wire Hero of the Year so…..Stocktonator is also in love with Reke, as it ranked him number four overall yesterday. It’s lovely to see the transformation of Reke as a basketball player. When he first came into the league, he was a straight slasher/mauler to the rack. Now, he’s more finesse and has added the 3-point shot to his game. Excuse me, I’m cutting an onion right now.

Mario Chalmers – 3/1/2/2/0/0 in 19 minutes. If Mario is super, then does make Luigi the opposite? If so, then Luigi Chalmers was on the court yesterday. 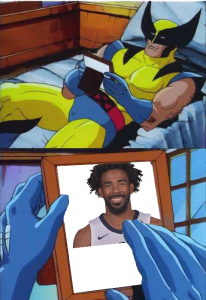 Hassan Whiteside – 11/9/0/1/0/0 in 21 minutes. He did not play the final quarter of basketball. The lack of run had nothing to do with injury, according to both Whiteside and Spoelstra. Supposedly, Spoelstra was really happy with the play of the second unit. My spidey senses were about to be activated until….I realized that I’m not a spider, nor am I a superhero, and the Heat were playing the Bulls.

Justise Winslow – 4/8/2/1/0/0 in 20 minutes. Justise is usually served. Unfortunately, it’s spelled incorrectly so the Matrix does not compute.

Wayne Ellington – 19/2/2/1/0/1 in 30 minutes. If an alien came to Earth and was wondering about the Heat/Bulls game for some weird reason, all you’d need to show them was Ellington’s line. I’m sure the response would be, “Human, the Bulls really suck.”