By the way, Stocktonator must love a capella as well, because it had Harden, Capela, Gordon, and Ariza all in the top 10 yesterday.

Rudy Gobert is expected to miss 4-6 weeks due to a bone bruise in his knee. Derrick Favors should see an uptick in minutes. Ekpe Udoh is another player to keep in mind, although he did not get much run with Gobert sidelined.

Thaddeus Young went 0-of-7 yesterday. He did grab five boards, dished out two dimes, and pilfered one. The Rockets have some good defenders on the wing, but doo doo happens. He’ll be fine.

Victor Oladipo scored 28 points, grabbed four boards, dished out two dimes, and pilfered one. He has a 31% usage rate on the season. Oladipo Ho! Oladipo Ho!

Domantas Sabonis scored 17 points, grabbed five boards, dished out two dimes, and pilfered one in 23 minutes. The minutes have come down slightly with the return of Myles Turner, but the two have played a few minutes together. Arvydas can never catch a break in the NBA! As for Turner, he scored 13 points, grabbed eight boards, dished out two dimes, and blocked three in 26 minutes. The game was a blow out so….He’s rounding into form and I’m still very bullish on his fantasy prospects.

T.J. Leaf scored nine points, grabbed one board, and blocked one in 19 minutes. Whoop de doo, right? I feel you, but not literally. That’d be weird. Anyways, I like what I’ve seen when I watch Leaf play. He’s very agile for a big man, can shoot from downtown, and is comfortable taking it to the rack. He had a nice move yesterday where he caught the ball at the top of the three-point line, faked the shot, dribbled around the closing defender, faked the pass to the wing, then put up a little tear drop. Nothing but net. Really smooth. He needs more strength and physicality to bang down low, but Leaf could be a very productive stretch four in the future.

Lance Stephenson scored eight points, grabbed 10 boards, and dished out three dimes. He’s meh most of the time, but will occassionally get minutes and be productive. I’d consult the Stocktonator as to when to play him.

Dirk Nowitzki scored five points, grabbed one board, and dished out one dime in 20 minutes. I love you Dirk. The 2011 run you had culminating in one of the greatest Finals performances ever will never be forgotten. Unless I get Alzheimer’s, then I hope you’d understand. With that said, it’s time to go.

Harrison Barnes scored 22 points, grabbed 13 boards, and dished out a dime in 25 minutes. Barnes has been putting work on the boards this season. He has three games with over 10 and the per game average is at 6.6. He had never had a number higher than 5.5 before. I have a sneaky suspicion that Dirk’s rebound numbers have decreased the same amount that Barnes’ has increased. For you lazy f-ers, my suspicion was validated.

Yogi Ferrell got the start and scored 18 points, grabbed three boards, dished out four dimes, and pilfered one in 34 minutes. Is Seth Curry ever going to play? I’m tellin ya. There’s been some funky stuff regarding injuries this season. Kawhi Leonard and Curry. Anyways, there’s still no timetable for Curry’s return and his injury would scare me regardless. Yogi gonna get run as long as Curry is out. J.J. Barea only played 20 minutes, but the dude always produces. He hoisted up 10 shots, scored nine points, grabbed three boards, dished out two dimes, and pilfered two. As I always say, there’s a reason for this: 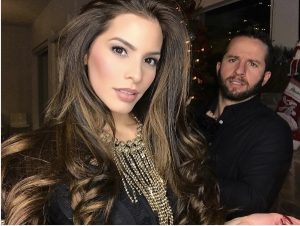 Paul George ain’t no Boy, as he scored 37 points, grabbed eight boards, dished out five dimes, and pilfered two. Stocktonator loved him yesterday. He’s going to fit in so well with Lonzo, Ingram, LeBron, KCP, and Kuzma next year. That’s a straight lineup of death. All that length and ability to switch everything. I can’t wait.

Russell Westbrook did not mess around. In fact, all three of his triple-dubs occurred in October. Why I wanted mention Russ was because he went 12-of-13 from the charity stripe. He had been shooting around 50%. Doo doo happens. He’ll be fine.

With Steven Adams sidelined with a calf injury, Dakari Johnson got the start and played 17 minutes. He scored five points, grabbed three boards, and blocked one. Adams should be back soon.

Josh Richardson scored 15 points, grabbed five boards, dished out four dimes, pilfered one, and blocked one in 36 minutes. I’m a JRich guy. The offense is inconsistent, but he gets minutes and contributes in D stats. Plus, he has rich and son in his last name.

Hassan Whiteside scored 20 points, grabbed 12 boards, pilfered one, and blocked two in 29 minutes. I have nothing funny or witty to say, except that he’s good. I shall go sharpen my seppuku knives now, as I have disgraced my family and name. Good night.

I’m back bitches! And so are the Detroit Pistons!

Stanley Johnson was out, so Reggie Bullock got the start. 0 points, 1 offensive rebound, 2 defensive rebounds, and 3 total rebounds. I’m going to call that the Sesame Street line. He did dish out two dimes, though, and played 20 minutes. As a result of his ineptitude, rookie Luke Kennard played 28 minutes and scored 14 points, grabbed five boards, dished out three dimes, and blocked one. I don’t think he’s fantasy viable yet, but I’d keep an eye on him.

Serge Ibaka scored eight points, grabbed six boards, dished out a dimes, pilfered one, and blocked one. You know why I’m here. Ibaka has seven dimes on the season, while Blake has three blocks. I think Ibaka may have an insurmountable lead, but I have faith in his Black Holeness taking control for an extended period of time. C’mon Blake. Show some fight!

Norman Powell exited the game after seven minutes due to a hip injury. C.J. Miles and OG Anunoby should get an uptick in minutes. Miles played 21 minutes yesterday and scored 10 points, grabbed a board, pilfered two, and blocked one. OG played 22 minutes and scored seven points, grabbed four boards, and pilfered one.

Jonas Valanciunas scored six points and grabbed three in only 18 minutes. That’s the worry with JV, as he can’t stay on the floor when teams have a big man that can shoot from downtown or go small. In those instances, Pascal Siakam and Lucas Nogueira both get run.

Kyle Lowry scored 19 points, grabbed a board, dished out seven dimes, and pilfered one in 31 minutes. His shot attempts, points, assists, and steals are all down from last year. The usage rate is under 20% for the first time since 2010. I side with history here and would entertain buying, but would it surprise anyone if we find out he’s been injured?

With Kyrie Irving out, Marcus Smart got the start and scored 14 points, grabbed five boards, dished out nine dimes, and pilfered two in 32 minutes. He shot 3-of-10 from the field, but he does stuff the stat sheet. He’s the Maxwell Smart of fantasy. The process is awkward, but the end result is satisfactory.

Jaylen Brown scored 18 points, grabbed three boards, and pilfered two. This is how I feel when I watch JB play:

The next Kawhi? <ducks>

Terry Rozier scored 16 points, grabbed six boards, dished out thre dimes, and pilfered one in 28 minutes. When one of the guards are down for Boston, Rozier is someone to consider.

Marcus Morris scored eight points, grabbed five boards, and dished out a dime in 22 minutes. The minutes are the key. I’ve never been a big fan of Morris, but if he gets minutes in this offense, gotta consider him.

Shane Larkin played 14 minutes, did not score a point, and dished out two dimes. This is all you need to see:

If you literally make someone break dance, gotta make the shot. If not, can’t put you into the lineup.