An extremely encouraging pattern is beginning to emerge with my every-other-week recapping of the Wednesday night games: Happy returns that are highlighted in the lede. You see, it was my distinct pleasure to highlight KAT’s return from his early season wrist + Covid absence, and I was the one who placed Kevin Durant in this place of prominence when he came back from the extended hammy vacation. Now, I’m due up for the recap on the night Jaren Jackson Jr. returned and you know damn well that I’m going to make him the lede. Welcome back, Jar—

Ah. Actually not. Sorry JJJ, I’m breaking up the welcome party and going with the 40 piece instead. We’ll see you later in the recap, because this lede (and maybe all of the Western world) belongs to…

This is second time in the last week that Julius has gone 40+/10+/6+ with 6 made threes. Wut. That’s just unspeakable heat from New York’s Caesar, who led the Knicks to an OT win against the Hawks last night. Woe to those of you having wrestle this monster in head-to-head playoffs. It might be better just to simply bend the knee when Randle is going like this.

In 17 minutes! Talk about playing with a sense of urgency. He does a lot of things that help, but as long as the minutes are in the teens you can safely watch him work while on waivers.

He’s re-taken his job in the starting lineup with LaVine sidelined and has been occasionally productive in that role. His conscience seemed to have gotten the better of him tonight. After registering a steal in each of the last two games, he reverted back to his virtuous ways. Covet thy neighbor’s, uh, balls, I guess. There’s no kink-shaming here, Coby. We’re playing fantasy basketball, emphasis on the fantasy.

What happens when you introduce some genuine Love into a hot, steamy Sexland?

Drew 32 minutes tonight as Dort didn’t play and Poku was pulled early. Even in the silly season, I don’t think this is the answer to your problems.

It’s not Spring, it’s Kenrich SZN. Are we sure this guy exists outside of the final quarter of the NBA calendar? A Mr. Hooper investigation, tonight at 8.

What is going on? Mal has scored exactly 29 points four times in the month of April. *checks earpiece, nods* Scratch the Kenrich SZN investigation, we’re on the Brogdon beat now.

A pretty emblematic line of what I imagine peak LeVert looks like. Stylish, engaging, active, and genuinely inaccurate. He’s like if the movie 300 could hoop.

How deep in the bench did Nate Bjorkgren have to reach to find Oshea? Put it this way, there was no Domas, no Goga (noGa!), no Turner, and no JaKarr Sampson. I also got a call from a 463 number but let it go to voicemail. Sampson was serving a one-game suspension and will presumably be available again on Saturday. Still, ’tis the season. Keep an eye on the Pacers’ injury report now that we know that this is in the realm of possibility.

Zero turnovers while collecting the win in Philly after taking care of business in Milwaukee (in OT) on Monday. Impressive.

A dead lock for the 1/1/1 club next year. He’s incredibly close to pulling it off as we speak.

If we’re grading on the “Dealing with Joel Embiid” curve, I think this is a qualified success. Four stocks prop up this line.

A beast who contributes in every cat, even the ones you don’t want.

The absence of his running mates is encouraging Kai to shoulder the load. As long as he’s on the floor, Irving is locked in for the most important stretch of fantasy hoops. It might not make you forget about the DNP-Personal Reasons that he’s collected, but it helps.

I’m sure it’s not as simple as “play Bruce Brown if one of the big three is out,” but it really feels like it, right?

It feels like it’s been a million years since these guys have played together and I’m kind of surprised they’re still bringing the band back together even though they’re in the battle with Washington for the last play-in spot. Rough shooting for Freddy and Kyle, but at least the shots they made were threes? After spending the whole season on the road, FVV’s comments about this year feeling hollow seems like an extremely reasonable take.

Finally came back to earth. Despite the clunker, he’s still good for, hmm, 41/6/5 over the last month. I think you’ll live with this one.

Look at Baze, man. So inspirational.

How do you get beat by the Wizards? Curry being the third-leading scorer behind these two seems like a good place to begin the inquiry.

Working on the inauspicious quad-dub. Not all statistical accomplishments are worth achieving.

I’ll grant that this wasn’t the ideal shooting game to lead into this clip, but Beal telling a bunch of teenagers that the absolutely best-case conclusion of their basketball dreams ends with him torching them has been living rent-free in my head for weeks.

"If you got dreams of making it to the League, you gotta f****** guard me. And guess what? None of y'all MF can guard me." @RealDealBeal23

If you need inspiration today, watch this. S/O to Brad Beal for being super honest with his AAU Team, @BradBealElite. pic.twitter.com/tRmSTquz6z

Even on an off night, Beal put his team on his back and carried them to the win. Love this guy.

We’re still doing the Alex Len thing, I see. Gafford drew the heaviest workload (24 minutes compared to Len’s 13 and RoLo’s 10, so he’s clearly the big to roster in DC.

Sure. Let me hit you with some dynamite insights into Raul Neto’s 18-point, 34-minute explosion in game 57 of the pandemic season. I know I left my notes on him around here somewhere. [Opens door, begins walking, continues walking directly into Lake Michigan, begins investigating local shipwrecks.] Huh? You’re still here?

Considering that Donovan Mitchell will be out for some time, it’s worth remembering how effective Ingles is as a starter. Like, 73% True Shooting effective. G’day indeed.

What’s French for “wake me up when he does it in the Playoffs”?

I know that we only care about these nine (or eight) categories, but it wasn’t Gobert who led the team with a +44 plus/minus number in this win over Houston. That distinction goes Conley at +46. May we all know the joy of having that great of a day at work while only hitting 33% of our attempts.

The good news is he’s still playing, which wasn’t necessarily guaranteed. That’s it. That’s all of the good news. Wall has been a top-150 player on the season and this was the only notable line from a thoroughly done Rockets group. Enjoy the beach, fellas.

Free throws are the only bugaboo. Capela was drafted after two of his teammates back in the fall and he’s smashed not only the expectations for him but also the ones for Young and Collins. He’s basically the one Hawk I didn’t draft. Keep that in mind when you’re asking for my advice.

Hit a massive three to send the game into OT but all that did was give Julius Randle more time to flex. Bogi is bringing it down the stretch. A top-20 guy for the last month and could be in for even more because…

Young was putting on a show in The Garden but landed awkwardly on his left ankle on a shot attempt in the third and didn’t come back. He looked to be in quite a bit of pain, which is the cherry on top for the bitter and disappointed fantasy players who drafted him in the first round. Bogi blast off in three, two…

Here’s a dumb thing that I’m obliged to say because Tom Thibodeau is a head coach once again: Taj Gibson was injured early in this game (it was kind of street fight), clearing the path for heavy Nerlens Noel minutes. 2021: everything old is now older and progress is an illusion. 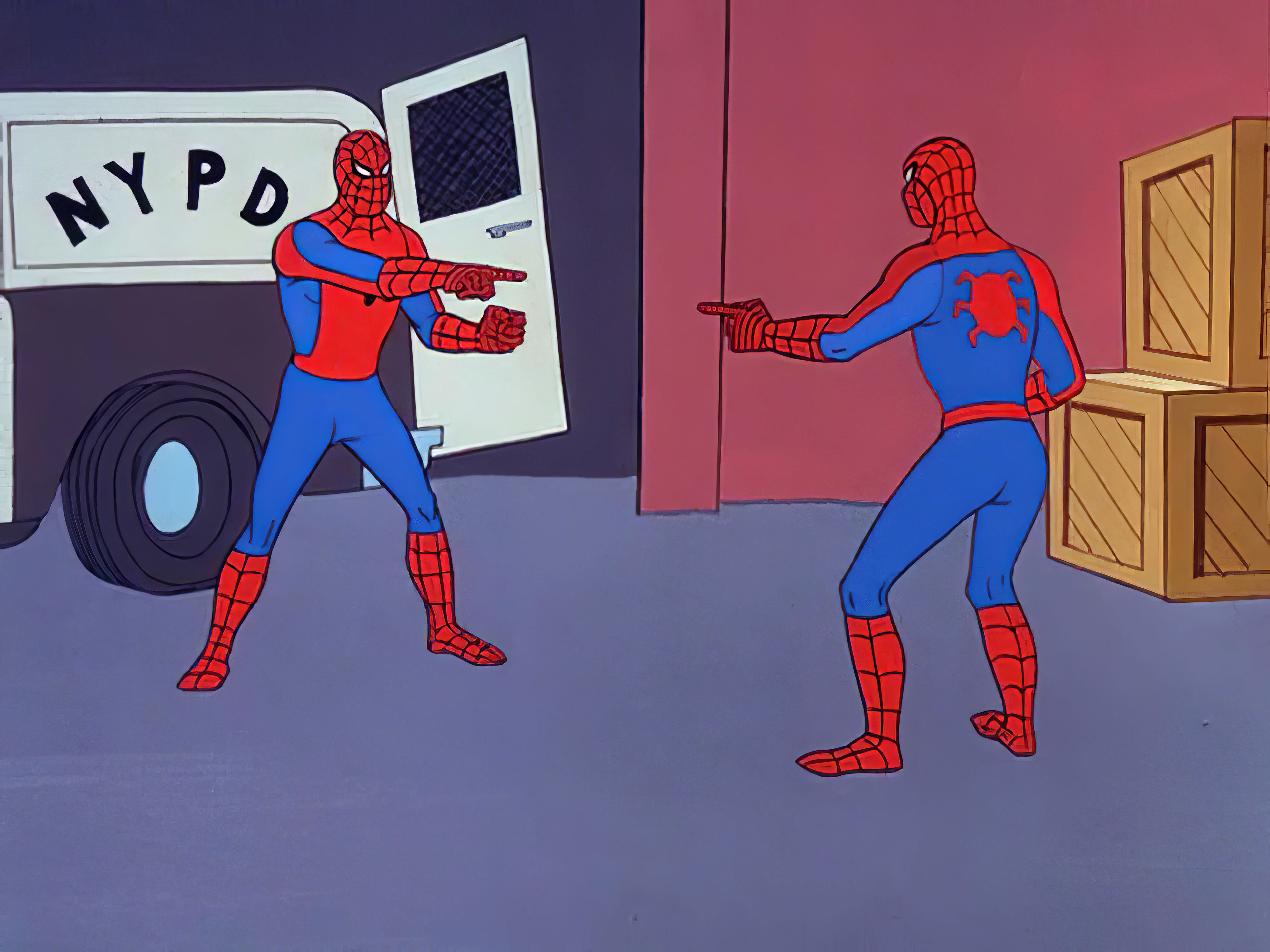 He’s sitting a ton now that the season is all but over in Detroit. Still, it’s been a really nice run for Grant in this campaign. He might be the guy who got you here, but he’s almost certainly not going to be one who brings it home for you.

Admit it, you were looking for a Saddiq Bey write up, weren’t you? Maybe a little taste of Beef Stew? Killian Hayes, anyone? Hamidon’t Diallo? Forward complaints to Dwane Casey. It must have been senior night or something, as the old heads got the lion’s share tonight despite getting dumped by Dallas.

Availability is the main drawback for KP. The Mavs have the second half of their two-step against the Lakers on Thursday. One Anthony Davis could be featured in that contest and it sure would help the cause if Porzingis could go.

Does everything you want except hit the deep ball. During a sluggish, COVID-marred season, Bam is still turning in top-30 value. A friendly reminder that my man is 23 years old. There’s still more here.

Sat the last two but looked sharp in his return and he played 34 minutes. It’s been a marvelous season for Butler when he’s been on the floor, upping last year’s averages across the board. Top 10 dude.

Poeltl’s five rejections are the only reason why there any write-ups at all for the Spurs, who lost by 20 at home.

I’m sorry, zero for four from the line? Ja need to stop hanging out with Luka.

After spending the entire season as a thorn in the side of those who drafted him, JJJ has returned to basketball just in time to create a new kind of pain for those of us participating in the playoffs. He only logged 18 minutes in this one and didn’t start. Memphis has spent months handling Jackson with gloves and I don’t expect them to stop any time soon. Clearly, he’s a force, but will the time be there?

Without PG, Kawhi, RJax, Rondo, Serge, or PBev, this was the group that got it done. Tough loss for the Grizz.

The going is getting tougher without Murray, but the Joker had enough cards up his sleeve to eek out a one-point win in Portland. It was Jokic who led the Nugs in dimes, not…

I grabbed Campazzo after Monte’ Morris went down in a league where I’m light on dimes. A desperation play? Yeah, maybe. Why initiate offense with anyone other than 15? At least the threes were there.

Rust was evident in Rip City. Dame had been absent from the last three with hamstring trouble. I suspect we just need to reset our clocks. Dame Time soon come.

Hard night to be Hassan Whiteside. It’s one thing if KAT does you dirty, but Reid too? Sac ended up getting the win, but yikes.

I’m having flashbacks to the days of AOL. These DLoading times are slooooow. He’s working his way back though.

Finally, a star guard hit some free throws! Tidying up the shooting is the next step for Fox, who is playing his best ball down the stretch. There aren’t many reasons to stay up for Kings games, but Fox has been a top-25 player for the last week.

Considering Buddy scored 11 points last night and 2 points the night before, I think this bounce back (including massive threes down the stretch) is a good enough note to end on.