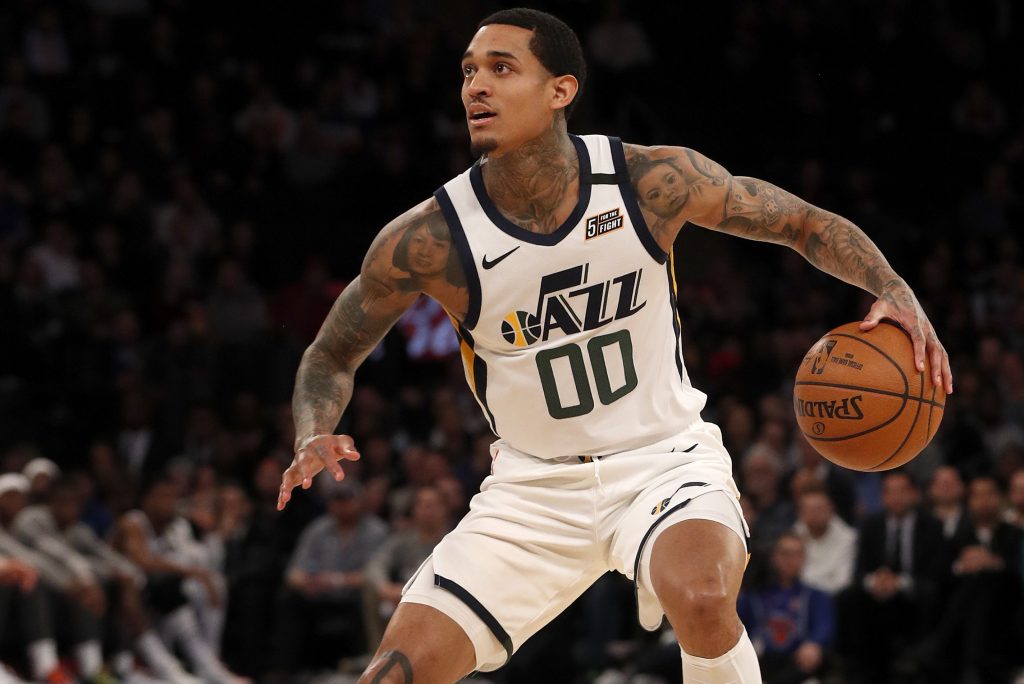 There is no competition when it comes to 6th MOY. I mean, Clarkson is in the conversation for a reserve All-Star spot and is a big part of this 23-5 Utah squad, so if anything he’s overqualified. For fantasy purposes, he does little besides launch threes and score, but he does it at an elite rate.

Just outside the top-100 on the year due to his consistent but unsexy across the board production.

Jingles has enjoyed a nice bounce back after a horrific 2019-2020 campaign. Like O’Neale, just outside the top-100 and remains a good source of late-round assists.

Man, those percentages are drool-worthy. Top-35 on the year—he’s a pretty perfect 9-cat guy.

12-13 from the line? Damn Ben, save some for the playoffs. Stepped up big time with Embiid out, though the Sixers still came up short. Absolutely unreal.

4 stocks nets Thybulle a blurb. Unfortunately, he’s not really getting the minutes he needs to produce even with the Sixers being pretty banged up at several points in the season.

Fresh off of the IL, WCJ put up a double-double in limited minutes. I’m assuming the low playing time is due to the injury, but could be something to monitor as Thaddeus Young has played well in his absence.

Coby hit just 1 of 6 shots from three, but still turned in a near triple-double.

Temple turned in his best game of the season in a nice OT win over the Pacers. If anyone happened to roster him for tonight’s game, well done.

Thad has been the subject of much discussion lately, as during WCJ and Lauri Markkanen’s absence, the veteran has posted some very solid numbers, ranking near the top 60. Now that WCJ is back, many are clamoring to drop Thad, but I see him retaining marginal value until this Bulls team is back to full health, as evidenced by tonight’s full line.

Sabonis giveth, Sabonis taketh away. Elite in popcorn stats, but he will rack up the TOs. Averaging north of 3 on the season.

Damn, OT makes for some juicy lines. Over the last two weeks, McConnell has been returning top-85 value. Not bad for a waiver wire pickup. You won’t find this kind of steals and dimes production any lower—he won’t usually be this efficient, though.

Decided to take a break from handing out dimes and shift gears to snatching boards. Brogdon has really fallen off a cliff and is now shooting 38.5% on the season. He will bounce back.

Tate looks like he’s secured a real role on this team and is worth rostering. Did a little bit of everything tonight.

John Wall has never been a good three-point shooter, and it showed tonight, dragging down his FG% tremendously. He was also a little careless with the ball, but hey, he performed in the two categories he’s known to.

Double-doubled in 40 minutes. Tate is the one to own between himself, Nwaba, and House Jr. Not sure the three can be played together with John Wall. That lineup is bite-sized.

I’m not convinced Rui can contribute anywhere besides points, tres, and boards. The steals tonight were nice, though.

Where are all these steals coming from? 1:1 STL to TO ratio tonight, but still. Seems like a better bet than Alex Len or Robin Lopez upside-wise.

Triple-doubled in 33 minutes. Just barely top-100 on the year due to shockingly bad efficiency, even by his standards, and turnovers galore.

10th overall value on the year. What else can be said? This Wizards team is truly awful, but Beal is an All-Star.

Lately everyone has been clowning on Bertans’s contract. This is what he was paid to do. It’s still looking pretty bad, but nights like this are a reminder of why it happened to begin with.

Leads the league in boards. Played heavy fourth quarter minutes tonight after a few games of not closing.

Guys…it’s happening. Can Randle sustain this crazy pace yearlong? Who would’ve thought a system that revolves around Julius Randle could result in a playoff team? Now, it’s still relatively early, and the Knicks are in the East, but it’s something to watch. Top-40 guy for fantasy.

5 stocks despite getting into foul trouble. Noel has an opportunity to go wild here in New York with Mitchell Robinson set to miss time, leaving an old Taj Gibson to back him up at the 5 spot. He will get you stocks, some boards, and bolster your FG%.

Hit some clutch 3s down the line to cement the win for the Knicks. Another lost year for fantasy purposes, though. It’s disappointing, but he’s just not a reliable shooter yet, and the defensive stats are few to none.

Cedi turned in a full stat line while hitting just 6-15 shots from the field.

With the news that Drummond is being held out in anticipation of a deal, Allen stock is up, and it’s up big. Presumably this means Cleveland is looking to feature Allen as the primary big, so with JaVale McGee also potentially on the move, Allen will have every opportunity to prove himself.

The haters didn’t believe in Dray. Over the last two weeks, he’s posted top-50 value on the back of 11 dimes per game. Yessir.

The Dubs had this won pretty early (one might even say as early as 2015), so nothing too ridiculous came out of the Warriors’ leading man. Just pure, unadulterated efficient basketball.

Jimmy Buckets has struggled to find his shot, especially from beyond the arc, but has been putting in work nearly everywhere else. What a stud.

Nearly matched Jimmy’s triple-double while shooting 12-15 from the field. Averaging a steal and a block on the year.

Herro has been underwhelming this year for fantasy purposes, but he’s stepping it up as of late. This in particular is a gem of a line, as Herro provided everything save for elite FT%.

With Batum sidelined on concussion protocol, Marcus Morris could be getting extended run over the next few games. When both are healthy, neither is a very appealing fantasy option.

Another Clipper benefitting from temporarily boosted playing time, Lou Will has been on a heater the last two weeks, posting top-65 value. When PG gets back, he will likely return to irrelevancy.

Kyrie had a day, dropping a 40 burger on high efficiency. Brooklyn hasn’t completely figured it out yet, but with performances like this the transition will be much smoother and their wrath will be swift.

Harden did Harden things, triple-doubling while turning the ball over 7 times.

Richaun Holmes was on the bench with a sore right knee, and Whiteside made the most of his extra minutes, double-doubling with 5 blocks. Yep, I can’t blame anyone who holds this man in the hopes that he gets traded or earns a slightly larger role.

I add Poetl for those sweet blocks (where I’m struggling without Wood) and the Spurs get Covid-ed. And after a career-year type start, Barnes is looking like an afterthought on offense. Would you drop either for any of these FAs?

FAs: Bey, Diallo, Ingles,Ju.Jackson, K.Anderson,, Kuzma, McConnell, Quickley, Tate, Trent
(All except Kuzma can be kept next season at an 11th round price).

Hey Juan, yeah the Spurs situation is turning into a real headache. I like Kyle Anderson or Bey over Barnes personally.

I’m going to assume that you’re pretty comfortably high in the standings, since your team is pretty stacked. In that case I’d consider holding Poeltl through this rough stretch because Aldridge could be on the move.

Quickley is intriguing as a keeper, but his minutes aren’t reliable enough to depend on for immediate help.