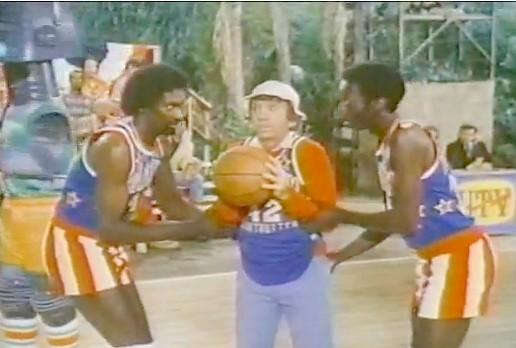 Gilligan’s Island. A famous show from the 1960’s that most people remember for it’s quirky lines and personalities. Seven passengers on a tour boat end up stranded on an island and life never would be the same. A theme song you may know without even realizing it, due to it’s infectious nature. Fast forward to the 2018 Clippers. A team of misfits and outcasts. Marcin Gortat was ousted from Washington by John Wall. So was Tobias Harris, a stud in his own right but known as the player who came over for Blake Griffin. There were the slew of players sent over from Houston for Chris Paul, including Montrezl Harrell and Patrick Beverley. Journeyman Lou Williams is still in LA. Avery Bradley is playing for a contract and joined Harris in the exodus from Detroit last season. The longest tenured player on this team is Danilo Gallinari, when he’s on the floor. This is a team that has seen tremendous turnover the last few season. Heck, Doc Rivers even threw his own son out of town. What is there to be excited about here on LA Island? Shai Gilgeous-Alexander.

After showing up in Summer League with an impressive performance, Gilgeous-Alexander, referred to as SGA, slowly crept his way into rotational minutes for the Clippers. I spoke a little bit about SGA in my Western Conference preview, and so far, so good. His wingspan is all the rave. Lanky in stature but confident beyond his years. Patient and smart with the ball and, most importantly, has gained the trust of the coaching staff. He has been seeing north of 20 minutes through 3 games, and has been on the floor to close out games. Doc Rivers has said this trend will continue. Minutes are king in fantasy basketball, and SGA is the type of player to hold at the bottom of your bench, who can come in and play 20+, and fill the stat sheet. I advised taking SGA with a last round pick to see what happened. Now, after game two being an uninspiring performance, he may be hitting the wire. This is the time to pounce. SGA is going to continue seeing floor time and when he does he will contribute. 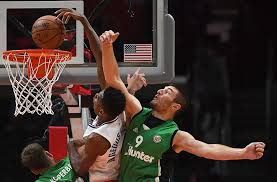 Something that I have found over the years is to target and pick rookies who aren’t getting the fanfare of others around him. I have a feeling that the early duds are going to see his ownership drop, which is all the more season why I would buy. The minutes will continue to be there and that is the key. So far, he is averaging 8.3 points, 4 assists, and 3.3 rebounds in 25.7 minutes per game. Whether busting some FAAB dollars or a first waiver priority, SGA could easily step into further court time and win you some leagues with his across-the-board, stat-stuffing ability. Doc Rivers has adopted SGA as his child, filling a void left by the incompetent Austin Rivers. You should too.