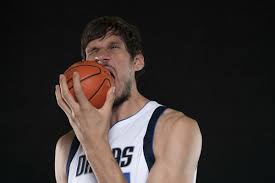 The Pelicans got their wings clipped, 84-130 in Dallas. Beep. Boop. Bop. You know what never gets clipped? The Stocktonator. As a result, no one scored more than 15 points and no player received more than 27 minutes of run. Y’all know what comes next, right? New Orleans, no blurbs for you!!!

In 26 minutes! Ladies and gentlemen, boys and girls, dogs, cats, and fishes…..Luka Doncic is currently the #5 player in fantasy. HalleF’ingLuka!!!!

Mario with the D has been balling out without DeAndre Ayton and Aron Baynes. Over the past seven games, he’s been a top 50 player. 13.1 points, 1.7 tres, 9.9 boards, 0.9 blocks, 46% shooting from the field, and 94% from the line. The boards have been the biggest surprise, as he’s usualy in the 6-7 range. When Ayton and Baynes return, Mario with the D will go back to being outside the top 100.

Played a team-high 41 minutes. Rubio is third in all of basketball with 8.7 dimes per game. Not bad for one of the last meaningful dime-providing point guards drafted.

He’s heating up. Scratch that. He’s on fire!!! Over the past four games, Booker is averaging 29.8 points, 3 tres, 4.8 boards, 5.8 dimes, and 1 steal while shooting 51% from the field and 81% from the line. That’s been good for top 25 production. It’s been an interesting career arc for Booker. Coming into this season, he had improved the points and dimes every season. In terms of fantasy finishes, he’s gone from 204 to 127 to 48 and 42 last season. Currently, he’s the 29th player. Does the trend keep continuing to the top 10 station?

In 20 minutes off the bench. The minutes, usage, and production have all increased over the past few weeks. Still, at around 20 minutes per game, it’s not worth it unless you’re desperate for steals. He’s been shooting close to 60% recently. Expect that to regress in a bad way.

Russ has now messed around in three straight games. On the season, he’s messed around eight times. Now, even though he’s AVERAGED a trip-dub over the past three games, that’s only been good for the 61st player in fantasy. Why? 32% shooting from the field and 5.7 turnovers. Those are good for the pastry shop but terrible for fantasy.

Harden has been learning the wrong things from Russ. He’s been shooting 34% from the field over the past three games. Now, unlike Russ, Harden has been the #1 player for fantasy over that time. Why? 2.7 turvoers and 93% shooting from the line on a whopping 16 attempts! I am so Harden excited right now.

Came off the bench but still played 30 minutes. As long as Eric Gordon is out, McLemore is going to get plenty of run and jack up a ton of shots. Over the past three games, he’s MADE 5.3 tres per game! Unfortunately, he’s a 3-and-nothing-else player.

Sabonis is a slight negative in the defensive categories and he doesn’t contribute tres. With that said, he’s a stud in the points, boards, and percentages. He also dishes out close to four dimes per game. Arvydas would be proud to see his son putting up top 45 numbers.

Warren is a nice source of points, tres, percentages, and will get his 211 on on occasion. Unfortunatley, he doesn’t do much else and the biggest worry is injury. He’s never played more than 66 games in a season, with three seasons in the 40s. So far in 2019, Warren has played 23 games.

Got the start and played 28 minutes because Malcolm Brogdon did not play due to a hand injury.

Also played 20 minutes and supersized the McBuckets. Like the McRib, available for a limited time only.

You’d think that Randle and Sabonis were similar fantasy assets because they both provide points, boards, and dimes. Well….Randle is outside the top 250 on the season. No defensive stats, and the percentages are shit (43% from the field and 66% from the line).

Continues to lead the Knicks. What a time to be alive. I guess Coach Miller will maintain the status quo.

Got the start but only played 19 minutes.

Played 17 minutes off the bench, but I wouldn’t be surprised if Payton overtakes Ntilikina at some point.

Played 25 minutes off the bench. Still baffled at that, but at least he’s getting run. Congrats to all of you who scooped Robinson off the wire. It’s reminiscent of the Housing Crash of 2006. You could buy 2000 square feet homes near Detroit for a few thousand dollars. Now, Mitchell Robinson’s neighborhood was much better than those, but the way people were discarding him to the waiver wire, you would’ve thought he was Detroit-esque.

The 76ers imparted some good old American freedom upon the Cavaliers, 141-94. Kevin Love only played 20 minute and scored 6 points as a result. Darius Garland was the only player to receive over 30 minutes of run. He played 31 minutes and provided 17 points, 5 boards, and 3 dimes. For the rest of the Cavs? No blurbs for you!!!

Great Scott!!! Received the start because Joel Embiid did not play the front end of a back-to-back.

In 26 minutes! No BS here. Or maybe it was all BS. His second tres of the season and he drained his free throws. I’ve been watching Watchmen, so maybe there were some interdimensional disturbances yesterday. On the season, Simmons is a top 40 player, but over the past three games, he’s been top 20. 6.7 boards, 8.4 dimes, 2.4 steals, and 56% shooting from the field are so lovely. Definitely ain’t no bs with those. If he could ever improve upon the 58% shooting from the free throw line then…..it’d be all about BS.

Played 27 minutes because of Operation Freedom.

JJJ has stuffed the stat sheet in three consecutive games.

He’s going to be a good one. JJJ can shoot from the rooftops, while protecting the streets of downtown.

With Ja Morant out, the point guard situation went like this:

Got the start and played 28 minutes.

20 minutes off the bench. I thought he had a chance to overtake Jones. I’m a stupid, stupid man.

Continues to start with Mike Conley out and played 27 minutes. ‘Tis the season for Jingles. When Conley returns, though, Jingles will get packed into the boxes and get shoved into the corner of the garage.

26 minutes off the bench. The Jazz hibernated the Grizzles, 126-112. He should give a certain percentage of his paycheck to the Memphis organization.

Played 22 minutes off the bench. Emmanuel and Jingles are getting run. It truly is the season. Like with Jingles, we only sing Emmanuel when Conley is out.