Welcome to your midweek guidance for Week Seven!  In this post, I help you identify widely-available players who can help win your head-to-head matchup.  The NBA’s revolving door of injuries keeps churning out opportunities for lesser-known players, with Karl-Anthony Towns being the latest big name to cop a multi-week ailment.  A number of players could stand to benefit from filling the enormous production vacuum vacated by KAT, and I detail a couple frontrunners in the list below.  On the good news front, we should see Damian Lillard, James Harden, and Kris Middleton return from extended absences within the next four days, which will restore some balance in the universe.

Luka Doncic provided the top fantasy performance of the night in a 123-109 win over the Spurs. He finished with 32 points, 15 assists, and 12 points. Luka has been heating up in recent games and finally exploded for a massive stat line. He remains a top-three fantasy option as an elite provider in the main three categories. Kristaps Porzingis matched Doncic with 32 points of his own in last night’s win.

The Spurs struggled last night and were led by 20 points off the bench from Devin Vassell. It was an off night for the Spurs as many of their players posted worse than average stat lines. Dejounte Murray and others will look to get back on track in their next game.

Welcome to your midweek guidance for Week Three!  The goal of this post is to provide you with streaming suggestions for the final days of your head-to-head matchups.  As we approach the ten-game mark, there’s less and less guesswork in determining who’s fantasy relevant.  We’re also gaining more clarity on who’s going to significantly underperform their pre-draft ranking.  If you’re like me and you took a conservative approach to adding and dropping players in the first two weeks, I believe we’ve seen enough to begin cutting players who are consistently performing as your squad’s weak link – especially if you don’t currently have a streaming spot.  Ideally, this post will help you objectively evaluate how you can upgrade your team.

Good luck to all fantasy managers as they jockey into the playoffs *(Basketball gods willing).

I’ve got to admit. I was a D’Angelo Russell hater before he came to the Nets. The incident where he exposed Nick Young as a cheater by filming him, talking about it, and posting it on social media made me think he was kind of a bonehead and a snitch. I also thought he was a guy who would never meet the expectations of being the number two overall draft pick. I also, was not a fan of his game from a fantasy perspective. He turned it over too much and he had poor shooting percentages, both from the field and the line, while contributing almost nothing in the way of D stats. However, since being traded to the Nets I have changed my tune on him, especially this season. He made a huge improvement in his FTs, going from 74% last season to 81.8% this season. He also upped his assists by 1.5 while not adding too many turnovers, and upped his scoring by nearly 5 points. He has also shown the ability to absolutely take over games and last night was one of those nights. D-Loading went 6-40-1-7-2-1-4 on 14-of-31 shooting and 6-for-6 from the line. It was also his 23rd birthday, so as a Nets fan I felt compelled to give him the lede. It’s hard to believe he’s already a four-year veteran, but that’s what happens with these one-and-done guys. They also can take some time to fully download.

There was a huge slate of games last night so let’s dive on in to the daily notes!

It’s that time of year again Razzball Nation! The season is just around the corner, the draft season is starting with a bang, so what better way to help you prepare than to check out the predictions from your favorite Razzball fantasy writers. For those that did last season, you might have cashed in on Donovan Mitchell, highlighted as a sleeper pick by both myself and Son, and took my advice on avoiding Marcin Gortat, as my highlighted bust. Mel nailed Ben Simmons as Rookie of the year and Kris Middleton as comeback player of the year, while Tad was a game away (or even just a quarter way) from his Celtics vs Rockets finals matchup.

If you’re reading this, congratulations. You’re probably in your fantasy basketball championship week. If you’re not, you have a sick addiction to NBA basketball and still care how your friends’ weeks are going, or you’re a a masochist and want to see how you could have done if you made the finals. It has been a crazy couple of weeks in the NBA, with injuries, teams resting key guys, and extreme tanking. I would move your league’s final week up at least one week if I was you, because your team at this point in the year probably doesn’t resemble what it was even three short weeks ago. I think if you’re wise you will draft guys on mid to upper tier teams next year, who actually will be playing for something down the stretch. One of these guys is Paul Millsap. The Nuggets are battling for a playoff spot and Millsap got all the run he could handle going 2-36-9-2-0-0-1 on 13-of-18 shooting and 8-of-11 FTs. He could be on a lot of winning squads with four games this week. With that said, there have been some key steamers and beneficiaries of rested players and late season injuries. Here is what went down on a key Friday night for Fantasy Basketball: 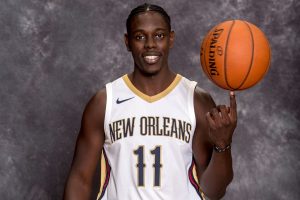 A holiday, as defined by the Merriam-Webster dictionary, is a day marked by a general suspension of work in commemoration of an event. Outside of those that are affected by a business shut down, most love holidays. No work. All play? Probably not, but at least no work. There are 11 federal holidays. As a society, we have created a number far greater than that, though. After all, we do live in a capitalist society. Valentine’s Day. St. Patrick’s Day. Halloween. Cyber Monday. Mother’s Day. Father’s Day. There really is a “holiday” for every occassion. Law Day. Loyalty Day. National Librarian’s Day. Native American’s Day. Ha! That one makes me chuckle. Anyways, all of the above mentioned are listed as holidays, but I don’t remember ever getting a day off for them. Ok, we just making shit up now? Cool. Let’s make everyday a holiday then. This would kind of fit into our advertisement/marketing-dominated society. The concept of work will just be rebranded. Play for pay? Or has that already been trademarked by the NCAA? Anyways, Madonna put it best when she sang this. Yesterday, Jrue Holiday had himself a day.

The Player Rater is a tool to evaluate the performance of a player using a single number. This is not a perfect tool and will not guarantee victory in fantasy, but is useful to help improve and evaluate your team. 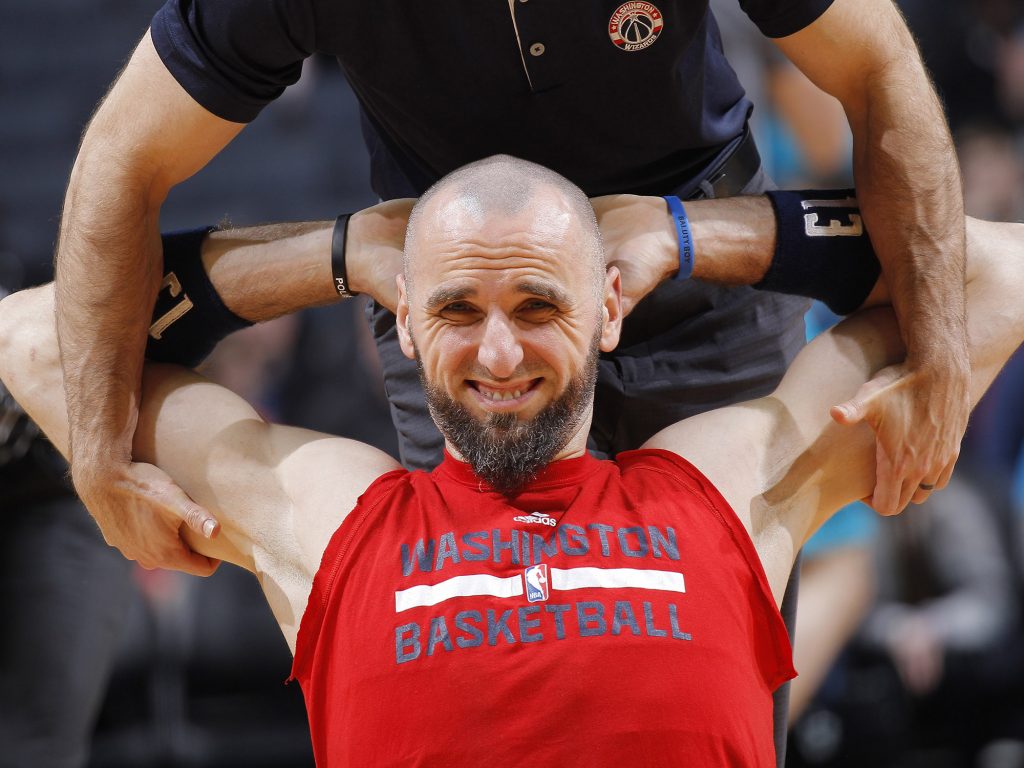 Marcin Gortat tops my players to avoid list for 2017/18

It’s feeling fresh outside, winter is fast coming, and so is the basketball season. Just 80 hours away from tip off, at time of writing, and boy has it become an exciting time in my sporting life (well viewing anyways) with my Astros 2-0 in the ALCS and the imminent start of the hoops season. Oh, did I mention that I have a nice 16-day autumn break holiday starting too?

I am sure you guys, Razzball Nation, are just as anxious for the start of the season and, in preperations for your final drafts, I thought I would share my list of players I won’t be buying any shares of due to their ADP. So let’s get jiggy with it and get the ball rolling with my Do-Not-Draft list.