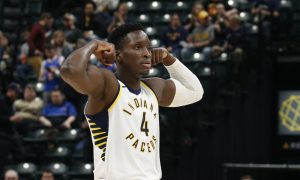 The Odometer (props to whoever created the name) logged 41 minutes and looks to be in good shape. You know how they slap that sticker on your windshield after the oil gets changed? That’s how I feel right now with Myles. All systems go.

Played 36 minutes, a season high. It was on OT game, so this is not the NWO.

Continues to produce, but only played 20 minutes. That seems to be his nightly allottment. Goldfish will die if you keep giving them food because they just keep eating and eating and eating. Is that the worry here for Domantas?

Wilson hasn’t been a fantasy force of extraordinary magnitude, but he gets minutes and I always have a soft spot for him. Wilson was the only friend I had when my boat capsized and left me stranded on an island.

Kenneth Faried came off the bench, but ended up playing 32 minutes.

Played 26 minutes and the 25 points were a career-high. It’s only fitting that he’s a big man that can shoot the 3. He’s played at least 22 minutes the past three games and should continue to receive run as long as both Millsap and Jokic are out.

Got the start at power forward again and played 31 minutes. Deuces were indeed wild yesterday. That’s back-to-back 20 point games, but I wouldn’t expect that to be the norm, as he shot 7-for-11 yesterday and 9-for-9 the game before. Ersan is inconsistent but he can fill up the stat sheet on any night. As long as he’s starting and getting minutes, he’s a viable option.

The only throne that Taurean will be sitting on is in the bathroom, but he’s been playing pretty well lately. He gets minutes and has the ability to contribute across the board on any night. Prince will get around 8-12 shot attempts per game.

Dennis only played 22 minutes and sat during crunch time. He must’ve been a menace.

Kristaps balls out on the court, has his own Burrough in NYC, and models like his Instagram posts. That’s all well and good but he only has three double-dubs on the season! And he only dishes out 1.1 assists a game. Even Melo is impressed. With all that said, he’s still the 16th overall player in fantasy. You know who doesn’t hate on him? Stocktonator, as it loved him yesterday.

Only played 22 minutes. Was there a band of misfits rounding up all the relatives of Robert E. or something?

Doug played a season-high 31 minutes. Hey! What do you know? His career-high in points is 31! Doug can get buckets on any given night, but the shot attempts are not always there.

Played 31 minutes. Why? It was the Lord’s day and Hornacek couldn’t make it to church.

It’s only a matter of time for the Frenchise. Unfortunately, New Jack City has been renovated.

Joel Embiid did not play, so Amir Johnson got the start at center.

Well, handcuffs are designed for two, so it makes sense.

Since coming over to Philly, Booker has played 25 and 20 minutes, scored 16 and 12 points, and grabbed nine and eight rebounds. Trevor ain’t no $5 Booker.

Got the start at power forward and played 27 minutes. The 16 shot attempts tied Ben Simmons for the team lead. File that away the next time Embiid sits. When I used to go to swap meets in my youth, I’d always find Mike’s, not Nike’s. I always think of that when I see Dario, like he’s some knockoff Mario. Regardless, Saric is a bonafide fantasy asset, not some swap meet special.

Robert Covington sat due to a back issue. Timothe Luwawu-Cabarrot got the start and played 24 minutes.

Played 37 minutes and the 18 dimes were the most in a game this season. And he liberated five. Rondo was truly a man of the people on Sunday.

Played a team-high 41 minutes and led the Pelicans in shot attempts. That’s a risky move with Boogie on the squad, but Jrue probably popped in a Madonna CD pregame.

Played 34 minutes and Maximillian is evidently a thing. Not just some Abby Carlisle crush. As long as keeps starting and getting minutes, he could be a source of some blocks and boards with a 3 mixed in. By the way, Maximillian is the most ganster of all gangster names.

Yogi got the start and went:

DSJ is expected back soon, so Cleveland will once again be irrelevant. That’s funny because the same thing will happen when LeBron goes to the Lakers.

Here’s what I think of Barnes and Matthews: 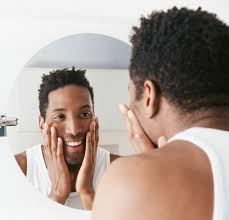 This is the first time I’ve written up Wiggins. And for good reason. He’s been not so good and I’ve never been a fan of his to begin with. The points have come way down from last year, but the free throw percentage has been atrocious (64%). He’s still only 22 years old, so there’s potential, but he may be what he is at this point.

Ended up playing 34 minutes, but he did leave the game for a bit after bumping knees with another player. He seems fine but could be rested for Monday’s game.

The Celtics had five players in double figures, yet no one scored more than 20 points. They have the best defense, according to defensive efficiency, and held the Pistons to 81 points. You score 81 points, you get no blurbs Pistons. Unless someone drops a 50 burger or something.

That’s back-to-back games with at least 20 points and three games in a row with one assist. I feel like I’m walking through a casino lobby right now and I see the roulette tables. One of them has that stupid sign that shows the prior numbers and it’s displaying 10 reds in a row. Yes, I’m a donkey and get sucked to it like a moth to light. Gotta go with Wesley Snipes, right?

Jonas Valanciunas played 22 minutes, Pascal Siakam 19 minutes, and Joel Poeltl 22 minutes. Eeny, meeny, miny, moe. Catch a Raptor by the toe. Valanciunas may be going the way of the dinosaurs.

That’s a double-dub in four of the past five games. I shall continue to give props to those that kept telling me that Randolph was a steal in drafts this year until the pain ceases to consume me. Randolph will continue getting minutes because, if he doesn’t, he will just walk into Joerger’s office and say, “I’m playing or else.” Someone on Twitter said the other night that if Randolph walked into his house and said that it was his house now, there’d be no argument. Stocktonator has no fear of Randolph, as it ranked him pretty high yesterday.

With George Hill out, Bogdan Bogdanovic got the start and played 30 minutes.

Bogdan can shoot and is a nice source of steals. Sounds like a hardcore criminal to me.

With Willie Cauley-Stein still out, Skal Labissiere got the start but only played 14 minutes. JaKarr Sampson played 19 minutes.

Sampson will board, block, and launch the occassional three.

Did not play well but received 25 minutes. He’s getting run so you best recognize.