Welcome to your midweek guidance for Week Eight!  In this post, I identify widely-available players who can help you win your head-to-head matchups.  As the title suggests, I couldn’t help but come up with a bunch of forwards and centers this week, as there are a lot of intriguing options at the moment.  So if you like ’em big, er, this is the post for you…

Also, if you’re new to the post or need a refresh on how I come up on this list, refer back to the intro for week one (hard to believe most leagues are already well over 33 percent complete!).  My approach to category leagues that allow daily lineup changes is to replace the least productive guy with streamers who maximize my team’s overall “games played.”  This often results in some tough choices. 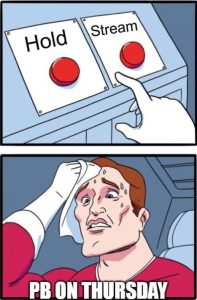 Schedule Notes: A lot of these players are chosen based on the schedule, because in fantasy hoops, nothing’s worse than losing a matchup because your opponent outmaneuvered you and added the semi-productive guy who plays three games.  This week, the Celtics, Warriors, Grizzlies, and Thunder only play one more game.  For the second consecutive week, no teams play three games between Thursday and Sunday, but here are the teams who play on two low-volume game days:

As a follow up to last week’s post, the Wolves rotation is coming into focus with KAT out for several weeks.  As expected, Kyle Anderson and Jaylen Nowell provided the most consistent production in increased minutes.  Assuming they’re healthy, both are good adds for the Wolves’ Friday/Saturday set.  Here are the other players I’m watching and adding to close out the week.

Hit me up in the comments with any questions or feedback.  Good luck!