Welcome to your midweek guidance for Week One!  Every Thursday, I will be running down my favorite streaming candidates for those of you in head-to-head leagues.  While these recommendations are primarily geared toward category scoring formats, points and roto league managers should find some gouge in here as well.

Since you won’t find the fantasy hoops definition of the word in Webster’s, I owe an explanation of streaming to those who may be new to the concept.  It’s a tactic that involves using one or more roster spots to maximize the number of total games played by your fantasy team in a week.  For instance, if you are allowed four weekly additions, you can potentially leverage back-to-back sets to squeeze as many as seven games out of one roster spot.  In order to do this, you need to adopt a quantity over quality mindset for your weakest link.  Be prepared to drop him in order to accumulate more counting stats and exploit opportunities in your matchup.

My goal is to provide you with a list of players who check three boxes:

1) Availability on the majority of 12-team league waiver wires.  You won’t see high-profile players in this post, but identifying and adding productive low-end players throughout the season is arguably just as important as nailing the first two or three rounds of your draft.  I also do my best to find guys who can occupy long-term roster spots, especially early in the season when many player values are still in flux.

2) Opportunity for playing time and the stats that often come with it.  Speculation is a necessary evil at times, but my aim is to at least get you looking in the right direction so you can benefit from adding players who stand the greatest chance of returning value.  The list of available players with meaningful roles will dwindle as the season moves along and your competitors get wise, so it’s important to strike while the iron’s hot.

3) A favorable end of week schedule factors heavily into who is featured on this list from week-to-week.  Since I’m focused on providing advice for head-to-head league managers, players with two or three remaining games for the week are usually prioritized over those on teams with only one game remaining.  I also lend more weight to teams who compete on days when there are relatively few games on the slate in order to increase the odds of you actually being able to fit them in your starting lineup.

After that lengthy intro, let’s get into the analysis.

The Nets, Mavericks, and Knicks play just one game to end the week, while the Clippers are the only team with three games before Monday.

Here’s who I’m watching and adding: 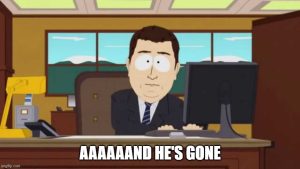 Granted, Mitchell Robinson couldn’t shake off foul trouble in Memphis, but Hartenstein is a potential fantasy gold mine if he can at least split minutes with Robinson.  Aside from being solid in the standard big man stats, he contributes those scarce assists from the center position.  Don’t let the single remaining game this week deter you from adding him if he’s still on your wire (Plays Friday).

Safe to say, there’s still bad blood between Russ and Pat.  Tuesday’s losing effort against the Warriors, in which he put up four steals and two blocks, served as a reminder that he contributes something on a nightly basis (Plays Thurs, Sun).

I hope the season’s off to a great start!  Hit me up in the comments with any questions or feedback.

Good stuff. I grabbed O’Neale hoping he stuffs the D stat lanes (may be just a streamer) and also added Hartenstein. Seven O Rebs seems like a crazy outlier tho. I think the Knicks dislike MRob. Fingers crossed.

I drafted Maxey over Banchero – my toughest choice on draft night. What an opener for my “second” choice ugh.

DD – 𝅘𝅥𝅮 Regrets, I’ve had a few 𝅘𝅥𝅮 … If it makes you feel better, I rarely draft rookies, so I missed out on all of their good performances last night!

O’Neale and Hartenstein are good options. The former was featured on here regularly last year, so I endorse the approach. It’s really hard to say what will happen in NYC, but a minutes split at center would be ideal for anyone who picks Hartenstein up.

Regarding the WW, I would sit tight until after Friday’s slate. You can then look to swap O’Neale for a streamer if you need specific categories to win. His value will likely fade once Seth Curry and Joe Harris return. The build looks pretty good. Aldama looks to be the guy over Clarke, so swap Aldama in if you can.

Is Nunn anymore than a streamer in a 14 team league? I was hopeful he would be the guard in the LA, but Lonnie had the game last night. Swap out for Nick Richard’s? Thanks!

I have no qualms with taking a chance on Richards, especially if you’re in the hunt for boards.

Trey Murphy (Pels) is another guy with upside who played well in his opener.

Yo! I already dropped Davion Mitchell the other day for Murph. Thank you!