We’re back to our regularly scheduled Tuesday night programming after a bit of travel to sunnier climes, and I hope the time away has been as good for you as it was for me. In case you missed it, Son and I just did a pod yesterday that covered all things RazzJam. It was good fun and I think I might have said something useful? After faceplanting in my first attempt last year, this year’s campaign is going much, much better and I find myself in the hunt for a title as we come down the home stretch of the season. Son and I chopped up how such a dramatic turnaround came to be and maybe even figured out some viable strategy for next year. And speaking of Cam Payne… 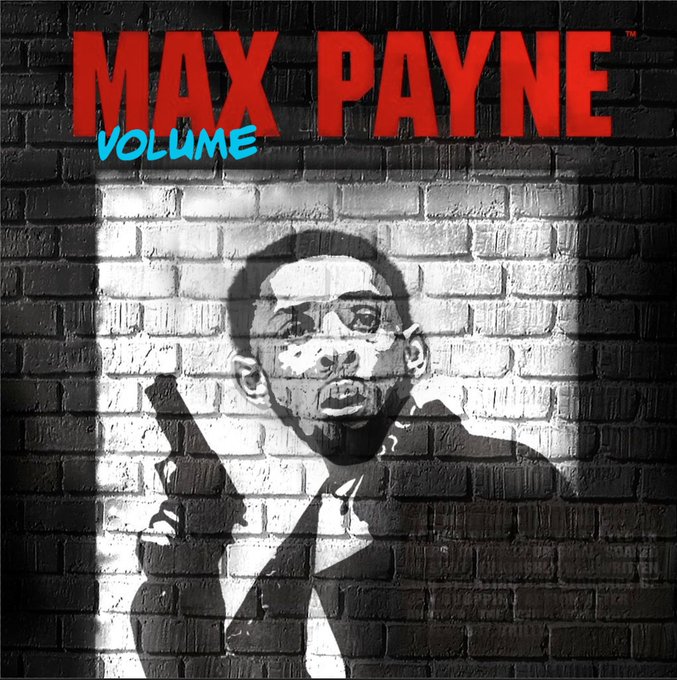 Coolwhip, who is also chasing down a top-10 season in the RazzJam, put together this beauty to celebrate our favorite handcuff continuing to pay off in a big way. So while Kyrie’s 50-piece would normally land him lede player honors, I’m contractually obligated to show Cam and Coolwhip some love at the top. Payne is a top 80-ish player over the last week and the dimes have been simply outstanding. As for Coolwhip, the streak of killer designs continues. Honestly, I’ve never seen that topping miss and I’m just grateful to throw my words around their work.

After climbing back into the saddle, here’s what else I saw on another Tuesday night in the NBA…

Kyrie was so good (and the Hornets so flat out of the gates) that KD’s sleepy night (14/3/7) was plenty. Kyrie, as always, is an amazing player and fantasy contributor when he’s on the floor. By true shooting percentage, Kyrie’s night against Charlotte was the most efficient 50-point game in NBA regular season history (101 TS%) The man is an unbelievable offensive talent.

Same as it ever was.

Bruce Brown season is back, baby! Seemingly no other Net benefits more from KD’s return than Brown, who has been on a tear for the last two weeks. He’s chipping in across the board and converting a ton of transition hoops. What can Brown do for you? How about top-20 production over the last week. Get him if you’re able.

How much are you willing to pay for LaMelo’s counting stats? I ask because they definitely aren’t free. The shooting percentage has gone down from his rookie year mark of 43.6% *shudders* and the turnovers continue to balloon. I was one of those guys buying high and taking Ball as second-rounder, so I get the appeal here, but there are still some things to work on with the young phenom.

Miles will still occasionally pop off when it comes to scoring, but he’s definitely been backsliding from the top-30 value he’d been posting at earlier stages of the season. In general I’m buying the break-out and, for the sake of your fantasy team, I hope he puts together one more surge before the Playoffs.

Okay, so bear with me for a second because I’ve been on vacation and traveling and just generally outside of my normal routines for a few weeks, but you’re telling me that Terry Rozier has been the most valuable player in fantasy for the last week? And the second-best player for the last two weeks? And he’s blocking shots now? Where am I? What has happened to the world?

Career-high in points for Garland and he was especially dangerous in the fourth to steal a game in Nap City. The loss of Jarrett Allen is a drag for the Cavs in real life, but the increased reliance on the breakout guard as the season winds down is just fine by me. Garland is another guy who has shown me enough to be a believer going forward.

Markkanen’s outlook also trends up with Allen’s departure, though only marginally as he was already a fixture in Cleveland’s rotation. I had reservations with the Finn coming into this season, so congrats if you were a true believer/early adopter. There’s been value here.

Here’s your semi-regular update that Evan Mobley doesn’t turn 21 until June. We’re just getting started with him.

Yuck. No stocks or trips, poor shooting from the floor, no chances to cash in on that elite free-throw rate, and five turnovers — including the fatal one down the stretch — is not what you’re hoping for from Indiana’s lead guard. The dimes are there, thank goodness, but it seems like his production is shrinking rather than growing during winning time of the fantasy season. Meanwhile…

What an absolute stud in category leagues. Hali contributes great value with dimes and steals, chips in everywhere else, and has solid percentages to boot. Dejounte Murray’s leap into first round value is arguably the biggest jump a young guard has made this year and I just mentioned how good Garland has been, but Tyrese is stitching up second-round value as sophomore. Like Mobley, there’s going to be a long run of good ball coming from Haliburton. I just hope the Kings can catch those pesky Blazers and leap frog the Pelicans to make the Play-In. If they can’t, this season will be a bigger failure than their standard-issue misery, and that’s really saying something.

The big man rotation is getting crowded again in Indy, but the way they’re listed here is my preference for the group. My gut says that Myles Turner doesn’t come back, I just don’t know why the Pacers would be incentivized to do so, but if he does I’m not sure any of these other players are viable in fantasy crunch time. I-Jax, maybe. And only just.

I don’t know where DA’s blocks went this year but boy do I miss them on a roto team that was anchored by Ayton and KP. Deandre’s swats per game has dipped to a career-low 0.8, so decline in production is no little thing. Zooming out, you’re getting a bit more scoring this time around and he’s still in the top-50 on the season, but I feel some real buyer’s remorse with Ayton.

Wait a minute. Bridges is also blocking fewer shots than ever (down to 0.4)? Maybe it’s scheme? Are the Suns so good at guarding without fouling that they’re not contesting as aggressively? Something to look into.

Phoenix really isn’t missing that All-Star backcourt combo at all, huh? Cam Payne is channeling the Finals version of himself and while Shamet hasn’t been quite that productive, he’s been a top-115 player lately. As long as Book and CP are on the sidelines, Shamet will get plenty of shine.

Bit of late-season slide here for WCJ, but he definitely was the best contributor for an Orlando team that failed to crack 100 points at home against the Suns. Cole Anthony managed to sneak into double-figures with his scoring (not something that many of his teammates could say at the end of this one) but shot the ball poorly in the process. Markelle Fultz is wedging his way into the guard rotation in a very similar way to how Mo Wagner is blending in with the bigs now. The whole thing is muddy and crowded. It might be time to cut bait entirely, as I don’t know how much confidence you can have in any of Orlando’s options in our hours of greatest need.

Considering how thoroughly the Pels were dismissed in Memphis, I don’t feel comfortable giving anyone else here any shine. CJ did his thing, but this one was all but over by halftime.

Felt a bit like the Grizzlies were playing with their food against New Orleans. The lead accordioned around a bit, but Memphis never trailed and led by as many as 36. The minutes were predictably a bit lighter for the stars, but they were still able to give fantasy managers enough all things considered.

Where is Dillon Brooks? Like, should we be putting his picture on milk cartons (or NFTs of milk cartons if we think he’s lost in Web3)? Williams keeps seeing a huge workload while Brooks is MIA, but there isn’t much here right now outside of points and treys. The seasoning should payoff downstream, but even the full allotment of minutes doesn’t do enough for us now.

Nice game or whatever for Des. The real star performance came when Ian Eagle dropped, “Time to go mobile,” after Bane pump-faked a closing defender into oblivion and then splashed a runner and then Bird let loose with, “The fire rises” when Bane canned a following trey. Can we get Ian on for the Finals, please?

The reigning champs put up 142 points in OKC. I hope you brought a spoon, because that was a feast.

It would be a crime if the Thunder shut SGA down, especially considering he’s kicked in top-15 value since March. You never know what kind of chicanery will go down in Oklahoma City though. Ride the wave with Shai and hope that Presti’s lust for the lottery is soon sated.

Batum can be too much to stomach for a lot of H2H players, myself included at times, but he serves a real purpose in season-long roto leagues. Occasional bouts of scoring to go along with a little bit of everything and no turnovers. He reminds a bit of a Roomba. Just charge him up and leave him out there for a while. His work won’t solve big problems, but he’ll pick up some valuables that you’d overlooked and make the whole place look just a little bit better.

There’s not much to be terribly impressed with in the LA box score, and even this one highlighted here with Hartenstein is kinda whatever, but the Clippers have three games left this week and Isaiah has proven to be a shot blocker even in limited burn. If you’re chasing, this might be your guy.

Not exactly a memorable night for the Splash Brothers, but the Clippers looked dead in the water for most of the night before a late push, so their A-games weren’t required to secure the W. Especially because…

The kids are alright. Poole, of course, is rostered already and Kuminga has had a run of good ball for a few weeks now, but seeing Moses Moody continue to pop off is starting to get my attention. Draymond is allegedly coming back soon, so Moses might be wandering the desert again before too long, but he’s has shown a bit more this year than I expected. I’m intrigued as a longer-term prospect, but as long as Kerr is pushing minutes on him there’s at least some appeal right now.