This was vintage Kemba from the field, which is still valuable, even with the low efficiency. He also chipped in 11 assists and 5 boards to round out another very good game. Kemba should be good as long as Charlotte stays in the hunt.

While playing under 30 minutes, Vuc was approaching a triple-double. The 2 blocks and 2 steals were especially nice. He’s been a beast all season long and has shocked the fantasy world by maintaining 1st round value this deep into the season.

It was a disappointing return to Toronto for DeRozan, but his fantasy production will keep fantasy GMs smiling. Remember how he became a solid 3-point shooter last season? Oh well, it’s tough to complain about this line, especially the 9-for-9 from the line.

Kawhi put on a show against his former team, including stealing the ball from the guy he was traded for to seal the game. He’s missed more games than most GMs had hoped for, but when he plays he’s consistently elite and doesn’t hurt you in any cat.

Siakam kept things going in this game, efficient from the field, but not as much from the line. Still, this was another gem overall and his top 40 season continues. He’s locked in and should be an incredibly strong asset for fantasy teams the rest of the way.

Drummond beasted out with another 20-20 game. You better be sure you’re punting your free throws if you roster him (top 10 player in that build). The 5 steals also show his defensive versatility.

Trae has been enjoying some improved play recently and this game continued that trend. He didn’t pull down many rebounds, and zero steals is a little surprising, but the points, assists, and 3’s are all elite. He’ll continue to have his ups and downs, but should be an exciting player to roster.

DAJ managed to keep MitchRob at bay for this one and put up a strong double-double, along with 2 blocks. His value could see some decline when the Knicks move their focus towards their youth and cross their fingers for Zion.

With Tobias shipped off, it’s up to Gallo to lead the young Clippers team as they compete for a playoff spot. He offered up a diverse game, including a super effective 12-for-12 from the line. He’ll continue to put up big numbers and pay off for fantasy GMs that took the risk.

The scoring was super efficient as usual. It’s a little confusing how a big can be so productive, yet only contributing 3 boards with no defensive stats. As a whole, his scoring, boards, stocks, and FG% have been helpful in fantasy.

Conley is clinging to his value and managed to keep things going. With Memphis in an obvious rebuild, the potential for sitting Conley remains high. For now, fantasy GMs can just enjoy this performance and hope for the best.

The Joker almost messed around and, as usual, delivered a strong fantasy line as the best passing big in the NBA. He’s a top 10 player on the season and there’s no indication that this will change.

Mitchell came up short in leading the Jazz to victory, but fantasy GMs have to love his production. The field goal percentage is a problem, but 38, 4, and 5, with 4 3’s are the types of numbers fantasy GMs had hoped for when they drafted him.

Big Rudy played an excellent game with a strong double-double and 3 massive blocks. He missed an important free throw near the end of double overtime, but the fantasy production is a welcome sight.

George kept up his MVP narrative with an incredible performance, including a game-winning floater over Gobert. He’s been absolutely amazing all season, has produced across the board and is currently the #3 player in fantasy.

Westbrook fouled out in overtime and his 11 game triple-double streak ended. He also missed the shot to win the game at the end of regulation. The turnovers and percentages have held him back this season, and that trend continued in this game. Still, he’s incredible in points, boards, and assists and will probably average a triple-double this season.

Bryant’s role may be fading, which is tough for GMs that had hoped to ride his production for the Wizards nice playoff schedule. The addition of Portis and the potential return of Dwight should keep him relegated to only deep leagues.

Forget the line and consider the fact that he led the team in minutes. He’s clearly going to be given plenty of run while the aftermath of the AD drama leaves the Pelicans a complete mess. He had been putting up some nice numbers before the break and should bounce back soon.

Isaac had been rolling of late, with a #31 ranking over the last two weeks. Last night was a reminder that he can disappear. While it was a game to forget, now may be your final chance to buy low if your trade deadline hasn’t already passed. He should be better next time out.

LMA had been dealing with some sort of illness and it showed in the box score. He’ll return to his top 30ish production once he’s feeling 100%.

After his hot finish to the season last year, Prince brought expectations that have not been met this year. This was an especially poor game, especially when you consider that Huerter was out, but his season as a whole has been a big disappointment.

He’s not a plus player in real life, but he demands usage and produces fantasy stats when given the minutes. Expect more of the same moving forward, though the steals are an anomaly.

Cody puts these lines up all the time, and they’re always useful. The 3 blocks were really nice to see.

AD only clocked 20 minutes in a bizarre real-life situation and an incredibly frustrating fantasy situation. In his limited time, he managed a pretty nice all-around statline. Expect more of this ridiculousness until the Pels find a “legitimate” reason to sit him down for good. This is awful for fantasy GMs that grabbed him with the 1st pick.

Sabonis was hyper-efficient from the field and stepped up big with Turner out. He’ll put up big numbers as long as the starting center is injured.

Thad did what he does best, steal the ball. It’s been a bit of a surprise season for the aging Young, but he’s showing that he can put up decent production across the board while being an elite steals guy.

This is the potent offense that the Pacers were hoping to get when they traded for Wes. He capped off an impressive scoring night with 6 3’s. Unfortunately, there wasn’t much else.

RoLo sighting! With WCJ still ailing, the Bulls are running Lopez out there, and as expected, he’s producing. He’s definitely worth rostering if you need a center.

Through points, 3’s, and boards, Markkanen has approached top 30 per-game value in standard 9 cat leagues. He kept it up in this game and delivered an excellent double-double, though he did have to deal with Aaron Gordon swatting his shot 3 times.

Dedmon did his damage in only 23 minutes. The double-double with a mix of everything shows how versatile and effective a player he is. Unfortunately, his minutes will remain muted and could go down as Atlanta focuses on their youth.

Taj filled in for an injured Karl-Anthony Towns, who was recovering from a car accident. He managed a signature boring yet effective line with a near 20/10 double-double. He also chipped in 3 assists and 2 steals to round things out. Once KAT returns, the production will obviously regress to normal.

We see you young man! Bridges put in some efficient work in his first starting gig. The points and board were solid, but the combined 4 stocks were exciting.

Marco played 31 minutes and caught fire with 21 points and 5 3’s. He can be a good 3’s streamer as we head towards fantasy playoffs.

Dotson stepped up and went off for 5 3’s. He doesn’t do much besides hit 3’s but is capable of big games like this.

This was a very surprising performance. Noah looked cooked in New York, but had a huge game. He produced across the board and amazed everyone going 12-for-12 from the line. He’s worth a speculative add based off of this performance, along with the injury to JJJ.

Rabb bounced back from his previous two poor games. He’s helped with JJJ being out indefinitely, but now has to contend with the suddenly spry Noah. He’s a young player with some upside and a little bit of opportunity, but is probably more of a deeper league pickup.

With Doncic out, Brunson was able to run the show and did well with 22 points, 5 assists, and 3 3’s. The field goal percentage is not sustainable, but this was a good sign for a promising player. He did have 6 turnovers, which is a bummer, but overall, this was a nice line for the rookie. When Luka returns, he will obviously take a hit. 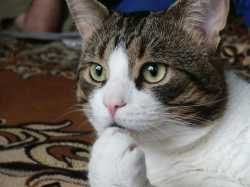 Following some nice scoring games, this was a letdown for GM’s that roster DSJ. He may have been suffering from some dunk contest hangover, but he did manage to produce well in his other cats to save the line. Speaking of dunks, he threw down a beauty for one of his three field goals. The return of Mudiay may complicate things, but Coach Fizdale is talking about the two guards sharing the floor.

A bad situation for AD opens up opportunity for Diallo. The 18 boards were a career-high and he looks to be the better player to roster over Okafor. He could quickly become a reliable double-double if AD sits permanently.

Wow! Reggie’s 32 points in this one are a season high. He even chipped in 5 boards, 8 assists, 2 steals, and 3 3’s. That’s amazing production for the guard, and a clear sell high candidate if your deadline hasn’t passed. Still, he looks like a different player and could have standard league value the rest of the way.