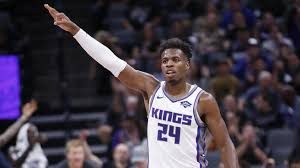 I’ve often wondered what driving while being color blind would be like. Yeah, I have too much free time on my hand obviously. Anyways, a STOP sign would just be a sign. The lights at a traffic signal would just change by sequence instead of the red, yellow, and green. It’s a good thing that most lights are standard, in that red is either at the top or on the left in horizontal signals. What if I ventured to a place that had the red on bottom or right? I’d be f’d. Anyways, there are many of players in the NBA who are definitely color blind when it comes to shot selection. Or maybe they just see green. Hmmm, now that I think about it, dolla bills are green and teams pay dolla bills for shots made, so players shoot shots to get the green. Now, not all players can get away with this because one has to actually make the shots to get the green. If a player has the red light, but shoots for the green anyways…and misses….then he will no longer be in the league. Beep. Boop. Bop. You know what helps you get the green? The Stocktonator. One player who does not have this issue is Buddy Hield of the Sacramento Kings. He averaged 16.6 shots per game last season and converted at a 45% clip. As a result, the Kings gave him a four-year extension worth $106 million. That is a lot of green. So far in 2019, he’s averaging 16.4 shots, but since De’Aaron Fox went down due to injury, he’s averaging 20 shots per game! Last night….

A season high in both points and shot attempts for Buddy. He’s been a top 25 player since Fox went down and the usage has ticked up close to 30. It was a tick under 28. Now, Buddy won’t provide many dimes or blocks and the uptick in steals is likely an outlier, but he will provide a ton of points, tres, and some boards.

Got the start and played 22 minutes. Enes Kanter played 19 minutes while Robert Williams played 7 minutes. It’s a three-headed monster which makes it difficult to trust any for fantasy.

Led the Celtics in both points and minutes played. What can Brown do for you? Provide top 40 production, that’s what. The improvements in shooting efficiency have really boosted his overall value from prior years. The only category he doesn’t contribute is in blocks. While Gordon Hayward is out, Brown should continue receiving as much run as he can handle.

Continues to start and played 31 minutes. The Nemanja has been pungent as of late and providing a good high for his owners. Points, tres, and boards are the primary contributions with a side of steals and dimes. When Marvin Bagley returns, though….POOF….he will turn into a roach.

Played 27 minutes. Orale, Holmes! Doing exactly what you scooped him up for: get boards and block shots.

Played 31 minutes and has been a top 10 player the past five games. The usage isn’t insane (24.9), but he’s providing everything but blocks. The shooting efficiency has spiked up as well, which isn’t saying much when it went from sub-39% to 43%, but 4% is 4%. Regardless, he’s dishing out a ton of dimes with De’Aaron Fox out and is stealing over 2 per game and draining 3 tres!!! BogBog is my dog and should continue to eat even when Fox returns.

Played 40 minutes!!! Over the past six games, Beal is averaging 38.1 minutes per game. Hey, Wizards. You’re overcooking the Beal!!!

Played 33 minutes off the bench. He’s getting the run, but is a tres and boards specialist only.

Got his second consecutive start because Jonathan Isaac missed another game. Last game, Aminu went 13/13 with 2 steals. Welcome to the AFA. It’s an Aminu experience.

So inconsistent. I’m beginning to doubt that he ever reaches Commissioner status. The shooting efficiency is poor and he doesn’t contribute defensive stats.

Vucevic has overtaken Jokic on the Nikola pantheon. It’s a two-horse race with Tesla….for now. A member of the 1/1/1 club last season, Vucevic is light in the steals department so far.

Continues to start and played 26 minutes, even with D. J. Augustin and Michael Carter-Williams getting banged up. With that said, it was his best shooting game of the season from an efficiency perspective. For fantasy, he provides some points, steals, and some dimes, but not much else.

Fournier is on a heater right now, shooting over 50% from the field. He’s more like a 44-45% shooter so don’t expect this heater to last forever. The dimes have increased as well to 5 per game, but he’s a 3-3.5 guy.

In 20 minutes!! The Nuggets defeated the Grizzlies easily, so only one starter played over 30 minutes. Millsap has been fantastic so far this season, providing a little something something across the board. The recent hot shooting won’t last, but he will still provide good overall value.

I told him to recalibrate the sights on the bow a few days ago. He listened to me!!! Murray can be frustating to own because he’s inconsistent, but the points ceiling is so high. With that said, he does provide points, tres, boards, dimes, and steals on the regular.

Played 29 minutes. That’s how much of a blowout it was. Hernangomez had played a total of 38 minutes prior to last night.

Ho hum. Just another dub-dub for JV. In only 22 minutes of action.

In 24 minutes. Clarke is already so good, but he’s blocked on the depth chart.

The cure for all shooting woes: the Cleveland Cavaliers. Harris isn’t exciting and won’t win a week for you, but he contributes a little something something in every cat. Top 40 player for fantasy on the year.

Only played 23 minutes because the Cavs suck.

You didn’t think he’d be a top 50 player all year, right? Thompson has never finished lower than the #127 player. With that said, he is a good source of board and defensive stats.

Jabari is providing defensive stats and Andrew Wiggins is a top 25 player for fantasy. Are we living in a parallel universe? Until John Collins returns, Jabari is going to ball out and provide points, tres, and boards. I wouldn’t expect the defensive stats, but he’s getting them.

That’s back-to-back subpar games for AD. Have we gone back to BC? He looks fine when I watch him play but the shoulder has to be bothering him, right? With that said, this is how good AD is for fantasy. He was the #21 player in the two “stinkers”.

Kuzma is basically big man Jordan Clarkson. He scores but does little else.

Top 15 player for fantasy on the season. He’s literally doing everything. The two chinks in his armor are the free throw shooting and turnovers. He’s improved in both from last season. If he can continue to improve in those areas, LeBron is a top 10 player.

What??!!! I didn’t know he could do that! For fantasy, he’s tough to rely on because he’s inconsistent and has a low usage rate, but he is a cheap 3-and-D player.