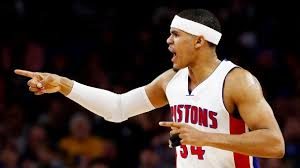 I have no problem going to the movie theaters alone. I can eat at a restaurant by myself. I don’t mind playing NBA 2K against the computer. I can exist as a lone wolf if I chose to. Ah wooooooooo! But I choose not to. There are many things that are only possible with a +1. I have two kids. Even if I wasn’t married ( I am), the process would technically require a +1. Going to an event after checking the +1 box, requires a +1. Once you check that box, you’re an a**shole if you don’t find/beg/pay someone to fill the role. Singing love songs on my guitar while strolling the beach to wait for the sunset. Requires a +1. By the way, I do not play the guitar. There are just some things that bring perfection. Off the top of my head, it was sitting with my wife on the beach as the sun rose in Santa Barbara. For Tobias Harris, all he needed was a +1 for perfection in last night’s game against the Pacers.

He played 29 minutes, so +1 would’ve given him a perfect minutes-to-points ratio. +1 in the blocks department would’ve given him a 1/1/1/1 (assists, steals, blocks, and turnovers) line. And, of course, +1 in the 3PT, FG, and FT categories would’ve given him perfect shooting percentages. Not bad, Tobias. Not bad. After a torrid start to the season, Tobias had cooled off. The last two games, though, he’s scored 24 and 30 points. He may be heating up again. Regardless, he is still a top 50 player for fantasy. He provides threes, rebounds, low turnovers, and good shooting percentages.

The Pacers scored 83 points and only one player, Victor Oladipo, scored more than 10 points. Dipo scored 13. No blurbs for you!!! Things got so bad that Alex Poythress played 22 minutes. Who? Exactly.

We didn’t forget about ‘Dre. And neither did Stocktonator, as it loved him last night.

Played 21 minutes but left the game due to an ankle injury. It sounds like he may miss some time. Ish Smith should be the main beneficiary.

I gotta say. I don’t necessarily agree with the method, but there’s no denying the results. Get one player to beat the crap out of another seems to be the great motivation technique of 2017. Mirotic has scored double digits in 8-of-10 games since returning.

Played 30 minutes last night and is averaging 31 minutes a game for the month of December. He’s situated in his role off the bench and has been very productive, contributing across the board.

Played 28 minutes and has been really productive in the month of December. Double figures in 10 of the past 12 games, averaging over 28 minutes a game, and providing a little something something in every category.

Played 20 minutes and jacked up 12 shots. Acy averages five shot attempts per game. What’s the expression? Too good to be true? There’s a reason you’re open Quincy! If a hot woman just walked up to you on the street, pulled down her panties, and spread her legs….questions wouldn’t pop into your head? If there’s bumper to bumper traffic and you veer off onto a street, but there’s not another car on the road….you don’t ask why? If a Nigerian prince emails you and says he has $10 million to gift you….you don’t scream, “Finally! My one time has been answered!”

I still think Okafor gets incorporated into the rotation and could be a factor down the road. I’m keeping an eye on the situation, like “Hot Pockets in the oven at 12 am” eye.

That’s how Kawhi owners are feeling right now. The 26 minutes are a really good sign. I was of the belief that he’d settle in around 24-25 minutes until after the All-Star break. I may have to readjust as more information comes to light. I’m keeping an eye on this situation, like “scientist looking through microscope lens” eye.

Gasol has double-dubbed in three straight games, with one of those being a triple-dub. He’s a fringe top 50 player in fantasy right now. Ka-Pau!

In games that Kawhi has played, LMA’s usage rate has been 35.1, 32.5, 22, 27.1, and 26.3. The 35.1 and 32.5 numbers were in the first two games that Kawhi returned. As you can see, the usage rate has slowly been declining. As Kawhi gets more run, that number should continue to come down. He’s still going to get shots and be a vital cog of the Spurs offense, but there’s a ceiling that has to be accounted for now.

The Jazz got smoked 107-83 by the Nuggets. Derrick Favors led the Jazz with 20 points. No one else scored more than 13 points. No blurbs for you! It got so bad that Royce O’Neale played 12 minutes.

Played 35 minutes and led the way for the Nuggets. It’s crazy to think he’s only 20 years old. Murray will contribute in threes, steals, and chip in with some boards and assists.

Only played 26 minutes due to blowout. Jazz are a bunch of Jokers!

Played 26 minutes. It’s tough to trust a guy that spells Kobe, Kobi. It’s like going to the store and getting sold some Mike’s instead of Nike’s. With that said, he’s going to get run with the number of injuries the Grizzlies have and he contributes across the board.

I’d still look to sell, but not sell for the sake of selling. Sell for value, which should be sky high right now. He’s a top 30 player and has now transcended the injury-prone perception. Stocktonator loved him last night, so maybe you shouldn’t sell? Check out how Stocktonator views Evans going forward and decide for yourself.

No where in the fine print did it say that Chriss would morph into Ben Wallace. Jesus F’ing Chriss!

Wow. That’s an impressive line. Did he swat the ball out of bounds when it got close to him so he wouldn’t get credited with a rebound? Stat lines could be a window into the soul of someone. For example, I’m pretty sure that Warren isn’t a puff, puff, pass kind of guy. Puff, puff, puff, then puff, then puff some more.

What a stud. The increase in rebounds and assists has been a positive development. Hope he continues on that trajectory.

Tyson Chandler got the start at center and played 18 minutes. Greg Monroe DNP. Alex Len played 30 minutes. I think the Suns center situation is pretty straightforward. Len is the reserve. Tyson is the starter. Monroe starts on back-to-backs for Chandler.

After a heated argument last night, Mrs. Triano said, “Jay, you need more Zen!” Returning home from the 99-97 victory, Jay went to his wife and said, “Was that enough Len for you?” I know. I know. It’s amazing that I’m not world famous by now.

His return was a a detriment for Jonathan Simmons.

Bizmack Biyombo got the start at center and played 30 minutes.

Imagine you go on a first date. These are the things she says within the first minute: I don’t cook, I don’t shave, and I smell like shit, but I love sucking on things and will make you laugh. Well…..you weigh the pros and cons, right? The most important thing, though, is that you know exactly what you are in for. Biyombo in a nutshell for fantasy owners. He can’t score or pass, but he will grab boards and get his block on. Now it’s up to you to decide if that’s what you want.

It’s been a nice four game stretch for Elf, but he’s very inconsistent. The loss of Vuc will give him a usage bump floor, but I can never fully trust him until he shaves his head. Now that I think about it, I probably wouldn’t trust him in that scenario as well. He would feel naked and lost without the hair. Well, that makes things pretty simple for me. I’m glad we had this talk.

Got the start at power forward and played 32 minutes. Aaron Gordon should be back soon, so expect Mario to not be so super very soon.

Why is Aaron Afflalo playing 17 minutes? Maybe Vogel is an AA member and uses Afflalo as a nightly reminder?

Bizmack was more like the Bizmark battleship, trying to guard the Olynyk on the perimeter. A bonafide K.O!

What’s gotten into Serge this month? He’s been a freaking beast! Whatever it is, I like it. I like it very, very much. For the month of December, Serge is posting:

Every dog has it’s day. Last night was not one of those days, unless the dog was a shit-zu.

Have Dirk and the Markkman both had good performances on the same night? I think not. Would be too much for the Matrix to handle.

So maybe he is really good, huh? Maybe he’s not some crush of the coach’s daughter.

Played 23 minutes, but for a player like JJ, 23 minutes is probably three minutes too much. If you didn’t know he could score: 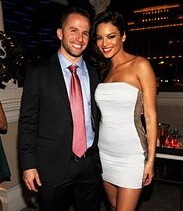 Played 25 minutes and was the only Kings player to do much of anything. Only Buddy Hield and Malachi Richardson were able to score double figures, as both went for 10 points. As a result, no blurbs for the rest of you!

Played 21 minutes, but that was mainly due to the Clips blowing out the Kings, 122-95. The 10 assists were the first time in the dime dimes club.

Played 22 minutes. A season-high for minutes, points, and rebounds. Thanks Kings!