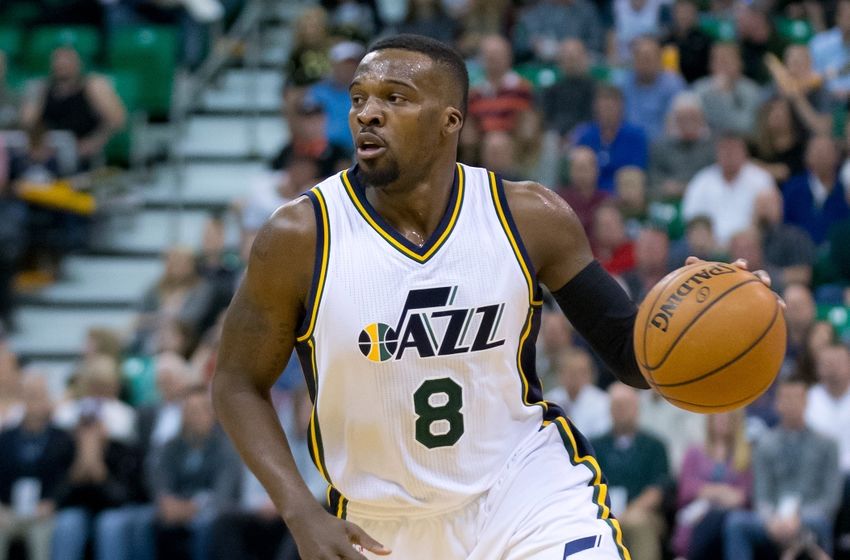 Nothing of huge note happened tonight, so I figured the return of Shelvin Mack to relevance would make a decent headline.  Surprisingly, the Jazz made it a game against the Warriors with Gordon Hayward, George Hill, Rodney Hood, and Derrick Favors all out of the lineup.  Mack definitely did his part, and put up a solid 19 points in 36 minutes.  If he would lay off some of the treys (1-8 from deep), he could even be an efficient scorer.

At any rate, let’s see what happened last night!  Oh, the TNT double header was moved to 7 and 9:30 pm EST, so I’m thrilled about that.  No idea why that happened – maybe someone in the comments can enlighten me on that one…

Once again, the T-Wolves looked young and undisciplined.  The talent is certainly there, but experience is obviously lacking.  Toronto continues to look like the perennial contender they have come to be.  Minnesota jumped out quickly, but Toronto steadily improved throughout the game, before blowing them out by 15 in the fourth quarter.  The Wolves shot over 50% from the field, but the Raptors killed them at the free throw line.  15 attempts vs 33 attempts.

Denver just didn’t look very good this game.  Gary Harris is definitely missed.  That is all.

Another ugly game that Memphis managed to squeak out.  Damian Lillard fouled Toney Douglas with .5 left on the clock, and Douglas hit the go ahead free throws.

The Pelicans struggled in this game, and Philly managed to capitalize.  Jrue Holiday was sorely missed.

*See Intro – tl;dr – The Jazz hung in while missing a lot of players.

The Spurs simply shot badly this game.  It’s an off night and nothing should be read into it.  I’m honestly surprised Pop didn’t bench everyone, since it’s a TNT game, but he’s always full of surprises.

That wraps it up for me folks!  See ya next Wednesday on the WaiverWired Column!