I was a big subscriber to superstitions and curses in my younger days. Sports team I root for wasn’t playing well? Had to move to another seat, like I was some antenna made out of aluminum foil. Never drafted a player in fantasy football if he graced the cover of Madden. I mean, come on. Without fail, either a player got injured or production fell off hard the following year. We have grown as a society, though. I have grown as well. We now utilize our brains to explain things that were previously unexplainable. For the Madden Curse, a logical explanation was that players are celebrated by being on the cover of the videogame because they have reached the pinnacle of their careers.

pin·na·cle
ˈpinək(ə)l/
noun
1. the most successful point; the culmination.
“he had reached the pinnacle of his career”
There’s literally no place to go but down. Add in the age factor and number of games played, and the “curse” doesn’t seem so mysterious after all. How things have gone down the past couple of weeks in the NBA, I’m beginning to reevaluate my stance on the issue. In late January, LeBron James and Steph Curry particiated in the All-Star Draft.

As drafted by #NBAAllStar team captains #LeBronJames and #StephenCurry….

First, DeMarcus Cousins went down with injury. Then, Kevin Love. John Wall. The latest victim? Kristaps Porzingis. Last night, he tore the ACL in his left knee after this. I will think of you everytime my 2-year-old daughter puts on My Little Pony. Michael Beasley is the obvious get, but he’s probably been rostered already. Kyle O’Quinn is also an interesting pickup, as he would be the big off the bench to give either a break. Yo, LeBron. Whatever you’re doing? STOP!!!

There’s turmoil in Cleveland. 30-21 record, which places them third in the East, 7.5 games behind the Celtics. The D is atrocious. LeBron is pissed at management. The sky is falling! Or is it? I feel like LeBron is using this time to try and get his teammates into the mix, as they will be needed down the road. Once crunch time comes, LeJuggernaught will rise from the ashes, play over 40 minutes per game, and mess around on a nightly basis. It wouldn’t surprise me if the usage rate climbs up to 2005 Kobe levels. This would be good for fantasy. It’s also possible that the Cavs crap out, but I just don’t see LeBron going out like that.

Played 30 minutes. I wanted nothing to do with IT preseason. Now, I’m looking to scoop. Getting minutes, shot attempts, and he’s dishing out some dimes. With how atrocious the Cavs D is, scorers are going to be needed on the floor, more specifically shooters. Jose Calderon and Derrick Rose don’t really concern me. IT needs the All-Star break to arrive so he can chill out for a bit. Those shots are going to start falling.

If you need boards, Tristan is your man. Played 27 minutes. If the Cavs bring in a big man, like DeAndre Jordan, then he goes back to being a Kardashian.

The Cavs were leading 67-51 at the half. Then, Juice got loose for 22 points in the third quarter. Unfortunately, I don’t put too much stock into the performance. The Cavs D is turrable.

Dude hustles and skies for rebounds. Outside of the deepest leagues, won’t be fantasy relevant, but performs enough to get some run and take minutes away from Biyombo.

With John Henson out, Thon Maker got the start and played 22 minutes.

I was high on Maker coming into the season. Or maybe I was just high coming into the season. Probably the latter but I fess up to my errors. Disclaimer, I be fessing a lot. Anyways, Thon can shoot from downtown and accumulate some D stats. He’s just slight of frame and gets bullied down low. I wouldn’t expect much from him when the opportunity presents itself. Marshall freaking Plumlee played 20 minutes, so I think that’s all you need to know. Tyler Zeller did play six minutes and will be the main backup when he’s up to speed.

Played 20 minutes. I think he stays in the low-20s the rest of the season. That is exactly what I said about Zach LaVine, so……more fessing. The one difference between Parker and LaVine is that Parker is a member of the “2 ACL surgeries on the same knee” club.

Played 17 minutes. Could be something. Could be nothing. BUT….Tony Snell kind of sucks (0 points in 18 minutes). Jason Terry (2 points in 20 minutes) is still in the league somehow? Sterling Brown (0 points in 17 minutes) is the likely guy to soak up minutes at both the 1 and 2. With that said, it was Kilpatrick that was most productive last night.

Gets no stat line. Only…. 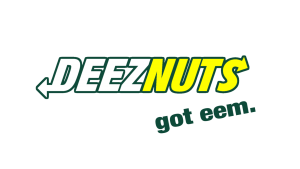 That’s five straight double-dubs. With Porzingis off the floor, he sees a 1.1% usage bump. Interestingly, it’s THJ (4.1%) and Trey Burke (5.5%) who see the biggest jumps in usage rate with Porzingis out of the lineup.

Played 41 minutes and had a 28.5 usage rate. Will be the guy with Wall out and has the potential to drop a 50-burger on any given night. I still think he’s better off-ball, but Beal is getting more comfortable being the primary ballhandler.

Played 33 minutes and is the main guy off the bench. His fantasy production has not been of the abundant variety lately, but he’s getting attempts and minutes. Patience grasshoppers.

So glad he’s on Team Curry for the All-Star game. Whew. Embiid is a top 35 player for fantasy. He’s missed 11 games! Could be primed for a monster second half, as the Sixers will be playing him on back-to-backs. Please stay healthy.

Played 39 minutes. A big man that can shoot from downtown and board. Love his toughness. He replaces Mario’s M with a D. The princess must love that.

Played 33 minutes. The first time over 30 since he returned from injury. The ideal 3 without the D player.

Played 24 minutes. TJ will still contribute across the board, but he’s probably not seeing over 25 minutes when the team is healthy.

Ryan Anderson left last night’s game with an ankle injury. It doesn’t sound serious, but he could miss a little time. Could mean more minutes for PJ Tucker and Luc Mbah a Moute.

C & C Music Factory making everyone dance! Except for John Henson. “I went 19/18 against this same squad a few games ago. Pssshhh.”

Yawn. This is how a junkie must feel. The high is never high enough. Only performances of historical significance get me Harden excited now. That makes me a junkie, huh?

Played 30 minutes. The three little pigs would feel very comfortable if the wolf was using Carroll’s production to blow the house down. With that said, he provides a nice jingle from time to time.

Allen played 23 minutes, while Okafor played 25 minutes. That’s why I can’t go full 100% in on Allen because I think he and Okafor both get run, neutering the ceiling of both.

Joe Harris got the start at small forward and played 28 minutes.

Is a skilled offensive player. While he can shoot from downtown, I like that he does attack the rim when the opportunity is there. Will grab boards and dish out dimes. Just don’t expect D stats.

Is going to be the usage monster for this team the rest of the way.

Played 26 minutes. Can’t wait for the trade deadline to pass, so the Hawks can finally unleash Collins.

Played 29 minutes. With Marco Bellineli all but gone, Dorsey looks to be the guy to slot into his role.

The Celtics were down 58-37 at halftime against the Raptors. My 6-year-old boy is infatuated with dinosaurs right now. Let me tell you. They are no freaking joke. All you need to know is Kyrie Irving scored 17 points in only 22 minutes, Al Horford scored 2 points in 24 minutes, and Jayson Tatum scored 4 points in 21 minutes.

On the Toronto side, all you need to know is that Fred VanVleet played 31 minutes and Pascal Siakam played 25 minutes.

I always type Warren G, instead of TJ Warren. Thought you guys would like to know. Anyways, when Devin Booker sits, Warren G’s usage rate goes up 5.4% to 31.9%. He just won’t contribute from downtown.

The sixth Jackson. The family must be so proud. Played 36 minutes.

Played 30 minutes. Alex Len only played six minutes. Greg Monroe is out of town. Won’t play in back-to-backs, but is a potential streaming option.

Played 37 minutes. Was able to watch him a bunch last night. Man, you throws up some garbage. Made me want to drive to the local watering hole and go on a Bender. I don’t drink anymore.

Played 27 minutes. Has the potential to mess around on a nightly basis. Just doesn’t like going to downtown. Probably more of a Hollywood kind of guy. Koreatown perhaps?

The present and future. It’s all about the J for him. His sensei must’ve been proud last night.

The efficiency is obviously unsustainable, but he chips in across the board to produce a high floor. He’s big, strong, and experienced. It will be interesting to see what happens when Lonzo Ball returns. How can you keep this kid off the court? Sayonara Jordan Clarkson? Is it a lock to play both Valentine and Hart on the FEB 14th slate? Yes, both the Lakers and Bulls are playing.

Carmelo Anthony left the game after six minutes due to an ankle injury. Thunder defeated the Warriors 125-105 and broke the four-game losing streak they had going into last night.

How could you not like Russell Westbrook? ? (via @FredKatz) pic.twitter.com/eb2tjg24fS

A look at KD looking around for his teammates.