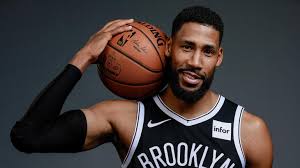 Played 36 minutes and produced a line that was….not so scary. Over the past seven games, Rozier has been a top 40 player, as he’s been shooting 47% from the field.

Played 36 minutes. So much synchronization lately. Graham cracker has been so delicious this year with the counting stats. Unfortunately, he doesn’t provide any defensive stats and shoots a stale 40% from the field.

Yawn. Wake me up when he does something.

Warm it up, Khris. I’m about to! Middleton played 25 minutes last night after getting 18 minutes of run the prior game. He’s slowly returning from injury and heating up. Middleton isn’t sexy, but his YMCA game provides points, tres, boards, dimes, and some steals. The percentages are excellent and the turnovers are low. The only thing he doesn’t do is get his block on.

Another day, another bagel from Lake in the defensive cats. The dub-dub was nice and playing in back-to-back games is a good sign, but…..man, he’s been awful. He’s shooting 41% from the field and only dishing out 3.3 dimes per game. Last season, that number was above five. This is one Lake I do not want to jump into.

Just anothe Dre Day. Over the past four games, Dre has been a top 25 player and is also deserved of a PhD.

Got the start and played 28 minutes because Luke Kennard did not play due to a knee injury. Nothing to see here, so stop rubber necking. You’re holding up traffic!

Played 38 minutes off the bench. MIL designs their defense inside/out, so they allow the most three-point attempts in the league. A perfect scenario for Galloway to have a nice game last night, in conjunction with the Kennard injury.

A performance befitting a king. These outcomes happen when he shoots well. Unfortunately, he’s shooting 40% from the field on the season. He does rebound well and provides some steals and dimes, but he’s outside the top 100 in terms of overall value.

Played 29 minutes. Just play him all the minutes, Atkinson! No need to diet. Just stuff your mouth with Allen. Over and over again.

Continues to ball the F out in Kyrie’s place. Top 20 player over the past seven games. When Kyrie returns, the basketball will turn back into a pumpkin.

Got the start because De’Andre Hunter is out with a dislocated finger and played a team-high 37 minutes. The athleticism is enticing and he has good form on his J, but the shooting efficiency is so erratic. On the season, he’s converting 31% of his shot attempts. No, I’m not messing with you.

Continues to start and played 28 minutes. If you need a big man, Jones isn’t the worst option.

It’s always good when both Dre and Trae have themselves a day. After starting the season as one of the slower paced teams in the league, the Hawks are now playing at the 10th-fastest pace. Faster! FASTER!! More fantasy goodies from Trae.

Played 17 minutes off the bench. LOL. Len usually just steals our sunshine, but once in a while he will poke his head out and say hi, Punxsutawney Phil style.

It’s only fitting that Lord Covington had a nice game on the same night the Temple was open. I miss Thibodeau due to his maniacal rotations. Covington was averaging over 34 minutes per game last season. Under Saunders, the Lord is receiving 27 minutes per game.

He is who we thought he was. If you want to crown him, crown him!!! I kid. Wiggins has definitely improved, but the shooting efficiency has regressed. Over the past five games, Wiggy Wiggy Wiggins is shooting sub-40%. Now, he’s still getting his block on, converting from downtown, dishing out dimes, and grabbing boards, so I’d consider that A W.

That’s when you know you’ve truly made it, when a line like this produces that response.

Continues to start and played 28 minutes. How bad do you want counting stats? That is the Culver dilemna because he will provide boards, dimes and defensive stats. He will murder your percentages, though.

In 25 minutes. Damn, so close to the Immaculate Line. Anyways, Powell won’t wow you in any cat, but he can provide a little something something everywhere. The free throw shooting is poor, though. The most important thing for me, though, is that when he and Luka Doncic are on the floor together, the Mavs are a +15.2 in net points per 100 possessions. That gives Powell a high floor.

Give this man his varsity letter! JV played 29 minutes and feasted on the Bulls. All he needs is minutes. Over the past five games, JV has averaged 29.2 minutes and been the #4 player for fantasy!

Played 25 minutes. Allen sucks but with Clarke and Anderson out due to injury, the minutes were there.

Played 30 minutes and started the second half. I much prefer Melton over Jones.

Played 33 minutes. I’m loving what I’m seeing from this Carter Administration. Let’s not forget that he’s still only 20 years old!

Top 1o player over the past seven games, as he’s been shooting close to 50% from the field. He’s more like a 44% shooter, so regression is coming.

Domantas is a dub-dub machine, as he’s fourth in all of basketball with 17! He also is a generous individual with the close to four dimes per game. He just doesn’t contribute tres or defensive stats. As result, he’s a top 50-ish player.

Regulators mounted up last night. Like with Gallinari, it’s a matter of when, not if, he gets hurt.

Played 29 minutes off the bench. He’s getting the run, primarily because he’s shooting lights out from the field (56% over the past seven games). For perspective, he shot over 40% just once in the past six seasons.

Top 20 player over the past six games!!! He was crucified, but now has risen!!! Adams was absolutely awful for most of the season, but seems to have found his groove. Did he talk to Stella? Now, he’s been shooting 83% from the free throw line, which is all you need to know about this current heater. Adams is a career 55% from the line.

He’s obviously not the CP3 of old, but that doesn’t mean he can’t be a viable fantasy asset. He still provides points, tres, boards, dimes, steals, and excellent free throw percentage. Rather than top 10 production, it’s more like top 30 now.

In 37 minutes! Butler is playing unbelievably and is having the quietest top 10 fantasy season. Only one other year has Butler finished as a top 10 player (2014). The past four years, he’s finished as the 15th, 11, 10th, and 15th player.

Continues to start and played 29 minutes. Looks like there’s an uptick in crime in Duncan Robinson’s neighborhood! It actually increases the property value because it means there’s actually things of value to steal!

Continues to start and played 27 minutes. Unfortunately, Theis is only averaging 22 minutes per game, but he will get 27 minutes of run from time to time and provide boards and blocks.

Kemba is a solid fantasy asset. He scores, grabs boards, dishes out dimes, and gets his 211 on. The turnovers are low (good for fantasy, bad for the buffet) and the free throw shooting is excellent. The one bugaboo to his game is the poor field goal percentage (41% on the season).

Marcus Smart did not play due to illness, so Brown received some extra usage. What can Brown do for you? Apparently a whole lot. Top 20 player over the past six games. The improvement in the shooting efficiency has vaulted him into top 50 territory.

In 19 minutes off the bench. Williams is a blocks and boards specialist. He just doesn’t get consistent enough minutes to be trusted for fantasy.

Continues to start due to all the injuries and played 26 minutes last night. The Tank will return to the scrap yard when Ayton and Baynes return.

Played 19 minutes off the bench. I should’ve just combined the Kaminsky and Diallo blurbs together. Someone wanted separate Cheicks!!!

In 18 minutes off the bench.

Bamba will make you dance with the tres, boards, and blocks, but he doesn’t get enough run to make you sweat.

Played 22 minutes off the bench. Ross is a career 42% shooter from the field, so enjoy these performances when you get them.

In 26 minutes of action because the Lakers strummed the Jazz, 121-96. Anthony Davis is so f’ing good. That is all. Did he become a bastion of health of toughness now that he’s in LA? Did @isbrowhurtyet delete his Twitter account? Did I just F up everything and jinx him? It’s a good thing no one reads this.

Top 10 player for fantasy right now. The inconsistent shooting from the field and line is the only thing that causes his value to fluctuate. He’s averaging 10.8 dimes per game. Luka Doncic is in second with 9.4. LeBron has never averaged over 10 dimes per game in any year of his career.

Played 32 minutes off the bench. This is the ceiling that Rondo can access. Unfortunately, he’s like one of those elevators that goes both vertically and horizontally. Rondo is shooting 48% from downtown on 2.8 attempts. He’s never shot better than 37%.

The shooting efficiency fluctuates, but Bojan is a damn good shooter. When he’s hot, Bojan can reach habanero levels. He’s shooting 45% from downtown this season. For fantasy, he’s a nice source of points, tres, he will grab some boards, and shoot great from the line, but Bojan doesn’t contributre much else.

He’s been struggling as of late. Shooting 37% from the field will do that. He’s so damn good, though. I can’t wait until this Jazz offense gets humming.