With the full 2014-15 Fantasy Basketball Rankings now complete, let’s take a look at the final 50.  Sean Connery.  Kevin Costner.  Tons of Great Depression-esque costumes.  I’d imagine if you’re in a deep league and looking at the field below with your last pick or two, you’re feeling something like this: 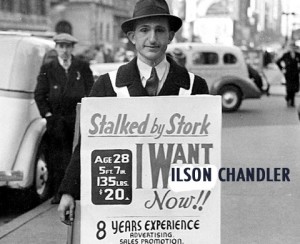 It’s pretty hopeless, as in 12-teamers these are all likely guys you’re merely starring on your watch list post draft.  There’s some questionable talent, some questionable roles, maybe even someone that’ll give you The Grapes of Wrath, but some untapped upside!  Here’s my top 200 for the 2014-15 Fantasy Basketball Season (based on 9-cat H2H):

What a 2013-14 Fantasy Basketball Season its been!  There have been tears, there have been laughs, there have been [formerly] Luminescent Lithuanians… Hard to believe a mere six-and-a-half months ago, we were launching into the season.  Man, was I right to be scared of Tobias Harris‘ ankle!  It ended up being scarier than watching Alien as a 10-year-old!  Something was popping outta something!    While this is the last daily recap until October, we’re going to have all sorts of fantastic content through the season starting with a rankings review with Slim and I, my very fun “Way Too Early Rankings” right around the end of the month, a few big announcements, and a video of me shaving “High as Greg Kite” in my head.  Which, well… Sigh… Anyway, it’s been a great year, hopefully we’ve helped win you some titles and can win a few more for you Roto players.  Here’s what’s going down on the Season Finale of Fantasy Basketball:

Hmmmm, ok, who did you pick in you office “who scores 40 points tonight” pool?  I bet the Vegas odds were… a million to one on Nick Young.  “So you’re saying there’s a chance!”  Too bad Nick Young sucks in fantasy.  You actually have to go back 15 games to find him putting up a 5 in any counting stat other than treys.  The ThrAGNOF fairy strikes again!  Dude went a preposterous 15-26 (6-13 3PTM 4-5 FT) 40/4/1/2/0 and only had one turnover last night.  The Blazers should be ashamed.  I’m pretty sure this game never actually happened, and it was some sort of elaborate April Fool’s joke.  Swaggy P shockingly led the Lakers in minutes off the bench, and with his shoot first, ask questions later attitude, Mike D’Anotni’s rape stache kept curling upwards in facial hair glee.  By the end of the game (and yes, another Lakers loss), D’Anotni’s mustache looked like Rollie Fingers.  Here’s what else I saw last night in fantasy basketball action:

The injury bug hath claimed another victim, with LaMarcus Aldridge suffering a tough fall in San Antonio on his lower back/coccyx.  What are you doing to us fantasy gods?!  While reports right now is it was only a lower back contusion, you never want to hear “needed a wheelchair to get around the arena.”  Unless you’re Professor X!  Yikes.  As Slim is putting out early this afternoon, the Blazers have a mammoth of a 5-week slate coming up in the second week of the playoffs.  So if you’re an Aldridge owner, I would just thank my blessings, or count my lucky stars, or something like that, if L.A. can indeed give you all five of those.  In the immediacy, Thomas Robinson looks like an interesting pickup for some flashy upside.  “Oh camon JB, Thomas Robinson again!?”  Yup!  And I said it last time and he had a 14/18/2/0/2 in there!  I serious doubt Aldridge will suit up again this week, giving T-Rob some serious run.  We’ll obviously get some more detailed updates throughout the day, so sacrifice a shot of rum to Jobu, or rub your bunions against the carpet, whatever you do to appease the fantasy gods to get a healthy Aldridge back for the postseason.  Here’s what else went down in fantasy action:

So anyone watch the Clippers last night?  Who was cheering for Blake Griffin to go for 50?  BG just obliterated the Suns interior defense in the first quarter, putting up 22 on 11-12 shooting.  Then I don’t know who had their hearts broken more by Griffin not even getting to 40 – fantasy owners looking for a huge start to their week or the Clips announcers who were decorating their trapper keepers with flowery Blake Griffin pictures all game.  P.J. Tucker got a little heart broken too!  Blake went all dog pile on Tucker for really no reason.  Tucker was like, “That’s a clown dog pile yo!” and clocked Blake right in the chinny chin chin .  Pow, right in the kisser!  At one point, the announcer dude said, “See Blake just loses his footing…”  Pshhhhh!  Griffin is kinda like a high-flying, better-at-basketball Tyler Hansbrough.  Burn!  Regardless, ended the night with a ridic 14-16 FG and 9-10 FT 37/6/3/1/0 line.  Did rack up 6 TOs and was limited to only 32 minutes due to fouling out.  Shockingly, one of those 6 fouls wasn’t for tackling a guy… I mean, I’ve seen that sort of tackle flagged in the NFL!  Don’t get me wrong, I like watching Blake, it’s awesome how he can get under opposing teams’ skin, and he’s had a career fantasy year.  Although, I think Slim might like him a little less since it’s probably going to cost Tucker a game with a suspension.  The notice comes from the league office with a letter that reads merely: “You’ve been Silvered!”  Here’s what else went down across NBA action last night:

Oh man, rough night for matt’s Pacers!  Al Jefferson just went absolutely bonkers, adding to his stretch of bonkertude giving Jefferson owners a huge boost for the playoffs.  Owning Roy Hibbert like an Entertainment 720 entrepreneur, Big Al shot 16-25 in a full multi-cat dance party of 34/8/3/1/1 and even hit a three!  Only his sixth of his career to pepper all the cats.  Over his last 3, Jefferson has hit 44 of 65 shots for a very high volume 67.7 FG%.  Jefferson hasn’t played this well since his Minnesota days, and you can even argue this has been a career year.  Which for a guy with the history Jefferson has put down in the stat sheets is really saying something considering how rocky it all started.  Remember the ankle issue that had him sit a lot of games?  Then the slow start?  Because I sure do, and I steadfastly said “Hold me tighter baby!”  Is that a song?  I feel like there’s something close to that… Anyway, hopefully you were able to buy low or weather the storm and now you’re reaping some big man stats like it’s the 90s.  We miss you David Robinson!  Two losses in a row for the Pacers, right after barely beating the Jazz.  The Heat are now only 1.5 games behind, and might be taking the Pacers piece of the home-court advantage pie!  Here’s what else I saw last night in fantasy hoops:

– – do this anymore!!!!  And that’s appropriate too because when you run out of the Air Canada Centre, it turns from solid ground to ice!  Both Kyle Lowry and Terrence Ross won’t be frantically chasing down kids any time soon with ankle injuries last night.  Lowry still finished out the OTs, but coach Casey said it was a bad booboo.  He’s had a ton of injury problems through his career, so I wouldn’t be surprised if he misses at least a couple.  We’ll see after it gets re-evaluated today.  Then Ross’ sounds worse, happening in the 2nd quarter and he wasn’t able to get back in.  Ross can’t!  Stepped on a foot and it rolled.  Those are never fun.  Did shoot his freebies and walk off under his own power, so there’s that.  In shallow leagues, if Ross was giving you some points you sorely needed you can hold out maybe a game, but he’s probably streamable.  The main takeaway is Greivis Vasquez chose the perfect game to get hot, scoring a season-high 26 for a 26/2/8/2/0 line with 4 treys which is muy bueno.  Did have 6 TOs which is muy mal.  With the Raptors possibly missing both Lowry and Ross Sunday against Golden State, un opporunidad is there for Vasquez to have a major stream-tastic outing.  You can sneak in Pts/3s/Asts/Stls and when you win, you’re opponent is gonna be like, “clever girl!”  Here’s what else I saw last night in NBA hoops:

Wow, what a wild night across the NBA-osphere.  Tons of injuries, lots of scrubs getting some burn, if I didn’t know better, I woulda though it was late March.  But no!  I guess we can start with that other JB as Jerryd Bayless moved into the starting line-up and lit up the Hawks for a season-high 29 Pts.  Shooting 12-21, it was pretty ThrAGNOFfy for 29/2/2/1/0 with 5 treys.  Why you avoid the 3-point specialists on draft day!  Who knows what preppy-boy Brad Stevens is going to do next, and while getting the Pacers on Saturday isn’t a great matchup, home games vs. GS, BKN, then DET next week could be a 10 3PTM week for JB.  And while he’s not as multi-cat as the real JB over here, we can all grab the band if we need some scoring.  I’ll wear a headband as well for the moral support!  Here’s what else went down on a very busy night of injuries and surprise games in the NBA:

I can’t for the life of me remember why we went to Walmart on a Sunday.  It was probably for something pretty important but me and JB can get sidetracked pretty easily.  Anyway, I don’t want to be there any longer than necessary so when we go I insist we shop by the method we have fondly been calling The Heely Derby.  It’s just like the 80’s style Roller Derby, daisy dukes and all, only with Heelys instead of roller skates so we are slightly less conspicuous.  I remember it was early in the race, we were gaining speed still, weaving around the blockers when out of nowhere I was caught with a forearm shiver that sent me flying.  When I was able to finally free myself from the shirt rack and locate my adversary I was astounded by what I saw.  She couldn’t have been more than 8 years old, decked out in Hello Kitty paraphernalia and still locked in her Kung Fu like pose.  Even in my shock I could tell something was wrong.  Her kitty doll which no doubt was her most prized possession had been knocked to the ground.  Still locked in her pose she slowly turned her head toward me and calmly demanded, “Say you’re sorry”.