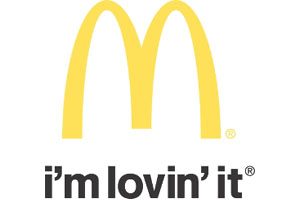 I’m not one to boast or present fluff pieces, so when I provide a recommendation, EF Hutton is in the house. Now, a good buddy of mine told me to come check out a new restaurant he opened up. No joke. Indubitubly the best place in town. Was it the food? It was aiight. Then what? You know when people rave about the ambiance of an establishment? Well, you ain’t seen nothing until you’ve gone to The Place. As you walk from the parking lot towards the building, there are hundreds of cameras and sensors that scan your body and connect with your literal and virtual mind. This process takes about 5 seconds, so that by the time you reach the curb, The Place knows what you’re craving and digitally alters the environment to fit each individual customer. In my case, the golden arches appeared. Chicken nuggets? French fries? Sausage McMuffin with egg? Negative. The Place knew I was in search of a cheap shooting guard for my DFS lineups. Supersize it The Place asked? Indubitably. A machine printed out a small piece of paper, like the ones you see inside a fortune cookie. On it was written: Rodney McGruder.

McGruder is 27 years old and has been in the league for three years. He’s played a total of 97 games, and the 20 points scored were a career high. Last night, he did get the start and played 34 minutes. Now, Wayne Ellington and Justise Winslow did not play due to injury, but McGruder has the trust of coach Spoelstra and will play when there are injuries on the wing.

My RichardSON!!! Has played 38 minutes in each of the first two games, shot 8-for-21 in both, and attempted double-digit threeecolas in each game. Dayam! The D stats will always be there but the trust and want from the coaching staff to imbue all that offensive responsibility is eye opening. Time to level up.

Got the start at power forward and played 24 minutes. There’s a reason they call him Airplane Mode because homie flies! He won’t be a standard fixture for fantasy, but could get the occasional run if injuries strike and would provide boards and Sportscenter moments.

Only played 15 minutes after playing 15 the prior game. You just know that he’s going to pop off for 20 at some point, but I wouldn’t tilt over it. Let the minutes guide you young grasshopper.

Dwight Howard did not play, so Ian Mahinmi got the start at center for the Wizards. He played 12 minutes and doesn’t deserve a stat box: 3 points, 1 rebound, 1 steal, 2 blocks, and 1 turnover. Thanks for playing. He was in foul trouble, but still. No box for you!

Such an Otto Porter line. Imagine if the “point guard” actually got him more involved on offense? I bet he was working hard to grab one more rebound so everything would be divisible by 3. The field goal attempts? Can’t change that if no one passes him the ball. As good as the Stocktonator is, as it had Otto #11 last night, it cannot make the players on the court pass the ball.

Played 33 minutes due to foul trouble for Mahinmi and Brooks wanting to go small. I think we’ve all been here before. Don’t do it to yourself. For those of you that are new, enjoy the Jeff Green experience.

Got the start at power forward and played 33 minutes. Yes, add him if he’s available. If you don’t, he’ll punch you in the face. Seriously, though, he produces when he plays, and with Markkanen out for a while, he should get plenty of run because……

…..kind of sucks. Not really, but kind of. Played 25 minutes and is behind Portis on the depth chart. I feel pretty confident that Portis isn’t punching his way to the top.

This goes out to my homie Brent, who has declared LaVine as his God. Fine, not God, but All-Star. The 32.5 usage is lovely and the Bulls are going to be horrendous, so he’s going to have volume. He’s super athletic and looks like he’s fully recovered from his knee injury. Crossing defenders over. Shooting over them. It’s all there but…..

Zach LaVine got a little too excited for this breakaway jam! ?#Shaqtin pic.twitter.com/ryz32lK2nA

And there was a possession where he dribbled around on the left wing for 5 seconds, called for a pick, then waved the pick off so that he could settle for a 22-foot jumper, which missed so badly that it clanged off the backboard and bounced off a teammate, straight out of bounds.

But seriously, the reason why I fade LaVine being an All-Star is because: 132.9 defensive rating, which was the worst on the team, and how many games is this team winning? 30? That’s not an All-Star in my book. And he’s not going to shoot 11/19 every night. For fantasy, he’s a top 75 player, which isn’t bad.

Got the start at point guard with Kris Dunn out and played 22 minutes. Feel the Payne! If you’re new to the Cameron Payne experience, welcome…..

Played 30 minutes and was the first guy off the bench. Blakeney plays as if he sees his sub walking over to the scorer’s table. “F it. If I’m getting subbed out, I’m gonna shoot my shot until the whistle blows.” I respect it. Should continue to get plenty of run and shoot his shot.

The Lord giveth on this day. Count your blessings.

It’s gotten to the point that I expect him to triple-dub without taking a shot.

Serious question though. At their respective peaks, who’s a better player? Embiid or Simmons?

The good is that he played 32 minutes. The bad? Well, there’s this:

Imagine if he took out Embiid for the season. Oh me oh my. And there’s this:

Fultz has gotta shoot these. Bulls haven’t been guarding him out there. pic.twitter.com/roXaDPi0mS

You gotta shoot man. The only way to get out of a slump is by shooting yourself out. It’s obviously a mental thing and I’m not as optimistic as I once was that he’ll be able to work his way through it. No way you can play him out there against legitimate contenders. At least right now.

Shamet is a very interesting piece. The rookie can shoot and, more importantly, isn’t afraid to. Played 29 minutes and contributed across the board. Now, the elevated minutes came at the expense of a blowout, but he is someone I can see carving out a niche down the road.

Played 37 minutes. Holy crap. The Lakers D is bad and they are going to play at a hypersonic pace. Fantasy manna will be raining down from the heavens.

Played 22 minutes. He was the only big man to play, as the Lakers went small ball often. If McGee plays over 20 mpg, he’s fantasy relevant.

Got the start and played 32 minutes. Rondo was the Stocktonator‘s #9 overall player last night. Pay heed to the machine. As Lonzo Ball gets back into the groove, expect to see Ball getting the 30 minutes of run. Enjoy this while it lasts.

Played 29 minutes and Kuzma played the small ball 5 often. I’m not sure how much he’ll be physically able to handle that, and how successful the Lakers can be with it, but it gets him on the court and provides mismatches on the offensive end of the court.

I love Hart. So solid in all facets of the game. Played 27 minutes and should get around that amount every night. KCP will probably continue to start, but I can see Hart closing most nights.

This is the year of the Big D*@! Nik’s huh? Played 27 minutes and was draining threeecolas all night.

Love, love, love his game. Probably my favorite player not on the Lakers. Can do it all and has ice water in his veins. After he hits a big bucket, he just smirks and says, “What?” Anyways, you all know what time it is…..