Welcome to your midweek guidance for Week 23!  My goal is to help you win your league championship by finding widely available streaming candidates for your specific categorical needs.  As the title suggests, we are firmly in fantasy no man’s land as it relates to erratic player availability, as teams in both conferences pack it in to avoid injuries and bolster their chances of receiving a top draft pick.  While it pales in comparison to the 250 players who faced quarantine between December and January, one can be forgiven for saying that the luck side of the luck:skill ratio increases as the season winds down.

The Rockets just formally dynamited the dumpster fire that was their season by announcing season-ending injuries to three more players yesterday.  By the time the dust settles on who benefits the most among Houston’s young players, the season will probably be over.  It’s nevertheless a situation to watch if you’re still in the thick of it.  Also out West, the Blazers, Kings, and Thunder are giving us more glimpses of their backups with nothing to play for but a lottery pick.  In the East, the Pacers’ big man situation remains intriguing, with Goga Bitadze retaining the starting center position for now.

I am well aware that ownership rates may be skewed lower by the fact that many leagues are inactive at this point, so take my top player recommendations with a grain of salt if you still have several teams jockeying for final placements in your league.

The Hornets and Grizzlies only have one more remaining game this week, while the Cavaliers, Sixers, Pistons, Clippers, Lakers, Bucks suit up three more times.  These are the players I’m watching through Sunday. 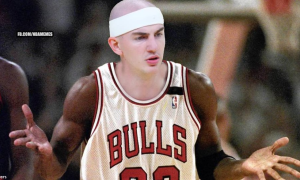