I’m old enough to remember when a simple “ha or hee hee” sufficed when conveying happiness and/or laughter over the internet. Granted, that was at a time when laughter would literally be heard because phones were strictly for voice communication. What a time to be alive. Anyways, now we are all a bunch of digital Shakespeares. Our expressions are so vast and deep that they require acronyms. ROTFL, IMMD, GTFO, WYSIWYG……Get off my lawn!!! It’s only appropriate that the player in today’s lede is none other than LaMarcus Aldridge. LMA as many call him. Unfortunately, his play the first two years in San Antonio caused many to LMAO! The points, steals, assists, rebounds, and field goal attempts all decreased from the lofty levels of his Portland days. Prompting fans in Texas to yell things NSFW. Then, a funny thing happened over the offseason. Pop sat LMA down and told him to change the O from off to offense. Essentially, turning that frown upside down. Then, the Spurs gave LMA a three-year, $72.3 million contract extension and Kawhi Leonard went down. It’s all LMA Offense now. Every offensive category has shown an improvement from last year. Yes, it’s only been 13 games, but it’s no longer a laughing matter. He’s currently a top 20 fantasy player and last night led the Spurs to victory with 32 points, five boards, four dimes, a steal, and two blocks.

Dennis Smith Jr. scored 27 points, grabbed six boards, and dished out two dimes. He went 10-of-23 from the field and 5-of-11 from downtown. For the season, he has a 29% usage rate and does this on a nightly basis.

I heart you. Since we on the acronym tip, what’s DSJ stand for?

Patty Mills scored 19 points, grabbed three boards, dished out two dimes, pilfered four, and blocked one in 30 minutes. Not your run of the Mills performance. The 19 points was a season-high and he has two other games with 17. With that said, he has seven games with six or fewer points. He’s getting more minutes than Dejounte Murray on most nights, but Murray is still getting low-to-mid 20s.

Danny Green scored four points, grabbed three boards, dished out a dime, blocked one, and pilfered two. He went 2-of-6 from downtown. Green is who we thought he was, as I channel my inner Dennis Green. The Universe is awesome at times.

Nerlens Noel played five minutes and grabbed a board. I’m guessing he said “Riddle me this, and riddle me that: who is afraid of the big, black bat?” one too many times to Jim Ca….I mean Rick Carlisle.

Maximilian Kleber played 21 minutes and scored five points, grabbed a board, and blocked one. Carlisle’s 13-year-old daughter obviously has a crush on Maximilian. By the way, one of my favorite names of all-time. Always reminds me of Once Upon a Time in America. Such an awesome movie.

JJ Barea scored 16 points, grabbed six boards, dished out four dimes, and pilfered one in 27 minutes. JJ is literally my hero. He’s always scoring, both on and off the court. 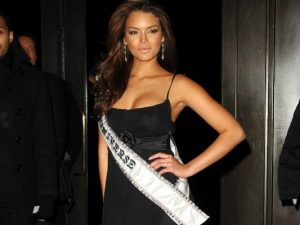 With Norman Powell out, OG Anunoby got the start and scored 16 points, grabbed two boards, dished out a dime, and pilfered one in 30 minutes! He played tough D on James Harden and was instrumental in the 129-113 victory over the Rockets. I’ve never heard of a soft OG.

Kyle Lowry scored 19 points, grabbed five boards, dished out 10 dimes, and pilfered one in 37 minutes. He’s still not shooting well, but he’s been picking up his play lately. Stocktonator likes him tomorrow against the Pelicans, even on a back-to-back.

CJ Miles scored 19 points, grabbed a board, dished out two dimes, pilfered two, and blocked one in only 17 minutes of run. Miles is the distance he is from my fantasy roster.

Delon Wright scored 14 points, grabbed two boards, dished out two dimes, and pilfered one in 26 minutes. He benefited from Powell’s absence. While he won’t shoot 5-of-5 every night, if he gets minutes he will have some value.

James Harden scored 38 points, grabbed six boards, dished out 11 dimes, and blocked one. 19-of-19 from the charity stripe. Excellent. 8-of-25 from the field, 3-of-11 from downtown, and nine turnovers. Detestable and repulsive. Ok, maybe a little too dramatic but I enjoy those words.

Al Horford scored 17 points, grabbed 11 boards, and dished out three dimes. Love and Marriage, love and marriage, go together like a horse and carriage, this I tell ya brother, you can’t have one without the other.

Trevor Booker got the start at center and scored 12 points, grabbed eight boards, dished out two dimes, and pilfered one in 28 minutes. Even Mikhail Prokhorov has had enough of Timofey Mozogov. Nyet! Jarrett Allen only played nine minutes and Mozgov six, so it’s possible that Booker could get an extended run.

Spencer Dinwiddie scored 12 points, grabbed four boards, dished out 11 dimes, and blocked one in 34 minutes. He’s getting more run with D’Angelo Russell out, but even when DRuss was in the lineup, Dinwiddie was playing alongside him.

Allen Crabbe scored 15 points, grabbed two boards, dished out three dimes, and pilfered two in 33 minutes!!! It’s happening? I was super high on him in the preseason. Then, I was super low on him after he wasn’t getting minutes to start the season. Now? I’m an emotional wreck.

Joe Harris scored 19 points and grabbed four boards in 20 minutes. He went 7-of-14 from the field and 5-of-11 from downtown. He’s scored in double-digits seven times this season, but I still wonder why he gets so much run. I guess I answered my own question, but he didn’t do diddly poo until he came to Brooklyn last season. Then, all of a sudden, he starts getting 20 minutes of run. I knew the Unions were strong in New York, but I didn’t know they were that strong!

Hey Son what’s going on? Mike Conley got dropped in my league.. Probably a mistake but I’m jumping on it got the number 1 waiver. Who are you dropping to grab him?

Hi Son…. I am struggling to get a win now… It seems I can’t win on overall and a head2head win… btw 12team9cat league here in my office…

what should I focus on this team? It seems that I am an average team right now… 🙁

@JPaul: Probably blocks and boards, but the team looks fine. It’s early. Sacrifice a virgin a week and you should be good to go.

could you please rank for nurkic,capela,vucevic & LMA ??

Would you drop Holmes for – OG, Bogdan (Sac), Ulis, or Swanigan? Looking for the guy w the most long term and staying appeal. League w limited moves

@hamtime: Sup ham! I’d go with Ulis out of that group

@Son: cool, thanks. So Holmes is def a drop then? I actually have a handful of guards (murray, kyrie, dinwiddie, ball). Would ulis be overkill? Is there a second best option between Bogdan or Caleb, or you prefer Holmes?

Dude, the Celtics are good! No jinxing could hold them down Vs Brooklyn.

Always looking to improve on any level,

Would you drop Justin Holiday for any of , Seth, Sefolsha, Tucker, Nitilikina ?

Do you see anywhere I can improve ? Via free agency or trades ?

Ha! I’m almost finished making my Celtics voodoo dolls. Going to be so much fun.

Frenchise for a Holiday

Ha, I love that name Frenchise!

So drop Holiday for him ?

I’ve been high on Holiday so far.. You think that train ride is coming to an end soon ?

Or at least slowing down ?

Think the Knicks air out the rookie going forward ?

Do Lebrons comments on DSJ light a fire to prove even more how FRENCHISE is their guy ?!? Am I over thinking this too much ?

@Mr. Blast: Naw, he’s going to get minutes and put up shots. There’s definitely value there, so if you like him, keep him. I’m just not a big Holiday guy and like the upside of Frenchy more. Think you’re overthinking it. I think the fact that Jarrett Jack is the starting PG explains everything.

Son – where would you rank batum now that he’s coming back? is he a top 50 player rest of the season?

@Jason: Could be. Have to see him play first

Do I trade Saric and Portis for Jamal Murray and Brogdon in a points league?

Team dependent. I’m assuming you need guards, so I’m good with it

i need to drop someone, cut loose Stanley Johnson or Darius Miller in a 16 teamer?

Would you trade Wilson Chandler for Labissiere?

you taking OG upside over Chriss upside? Feels like Chriss is absolute last on the totem there especially with Monroe.

And if that is a yes, OG vs Buddy?

It’s tough because the Raptors aren’t going to push OG and he’s going to cede time when Powell comes back. I think I’d keep Chriss.

Hi Son, I have a really tough decision to make and need your help. I got a team that I was going to punt AST, but I stash Rondo in my IR spot to see what happens. Now Rondo is back and seems to be decent. Should I drop Bojan Bogdanovic, Wesley Matthews or Josh Richardson (not playing well but like his upside)? Or I should simply cut Rondo? Thanks for your advice.

@Wen: Explore trade options first. If you wanted to drop a player, it would be Matthews for me