This is a crazy time of year. Halloween just ended and now we prepare for Thanksgiving, which basically means that Christmas is almost here, which signifies the end of the year, but also means new beginnings. Whew….So much. Too much. Last night, though, everything was straightforward, as it was simply a Jrue Holiday. 34 points, five boards, and 11 dimes in 42 minutes. While the calendar year is littered with holidays (Thanks Hallmark), each one occurs once a year. That’s how we should look at Jrue’s year. We know that there will be big games littered throughout the year. Just don’t expect them to occur on a daily basis. Through 12 games, Jrue has a 19% usage rate. Anthony Davis has a 28% usage rate, while DeMarcus Cousins a 33% rate. His numbers are down across the board, except in boards. Ha! The Universe is awesome.

DeMarcus Cousins scored 20 points, grabbed 15 boards, dished out five dimes, pilfered one, and blocked one. He went 8-of-24 from the field and 2-of-10 from downtown. That’s back-to-back games now that Cuz has attempted 10 downtowners. He’s currently 9th in the league in attempts from deep! He’s the 3rd overall player in fantasy right now.

Serge Ibaka scored 19 points, grabbed eight boards, dished out three dimes, and blocked two. If you’re new here, I’m pitting the assist numbers for Ibaka against the number of blocks for Blake Griffin. Ibaka now has six assists on the season. Blake has three blocks. It’s sad that this may even be close, yet here we are.

DeMar DeRozan led the Raptors with 33 points, grabbed two boards, dished out eight dimes, and pilfered one in 37 minutes. I’ve never been the biggest DeDe fan, but at least you know what you’re getting. It’s like the girl that doesn’t wear makeup, pad the bra, or stuff the booty. No false advertising. The one aspect that I’ve always loved about his game is his ability to get to the charity stripe. He was top five the past two years and is now numero uno this year at 8.9 attempts per game.

Kyle Lowry scored 18 points, grabbed six boards, and dished out seven dimes. Lowry is scoring 10 fewer points than last year, the steals are down, and so are the shot attempts. The usage rate (20%) is at the lowest level since 2010. The most shocking number is the 1.7 free throw attempts. That number was at 6.1 last year. I’d be looking to buy.

LeBron James scored 33 minutes, grabbed four boards, dished out seven dimes, pilfered one, and blocked one in 40 minutes. Lakers are definitely getting Pinto LeBron. I’m sad. Anyways, Cavs fans…appreciate Drago LeBron while you can. It’s insane what he’s doing right now. He even turns his ankle, limps off, then shrugs it off.

LeBron is not human. He’s back in the game and moving fine. #Cavs https://t.co/GDmPZWQGBu

With Derrick Rose out with an ankle injury (shocker), Iman Shumpert got the start and scored seven points, grabbed a board, dished out five dimes, and pilfered one in 33 minutes. Cue Office Space…Uh LeBron? Yeah. We’re going to need you to play 48 minutes. Yeah. And play every position. Yeah. Thanks.

Jae Crowder scored three points, grabbed five boards, dished out two dimes, and pilfered one in 24 minutes. Remember when people thought the Cavs made out well in the Kyrie trade because they got Crowder? Good times. Let’s cut to Celtics headquarters: 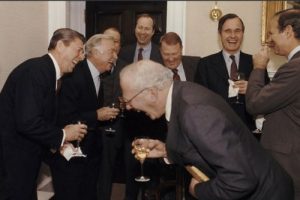 Jeff Green scored 27 points, grabbed five boards, dished out two dimes, and pilfered three in 38 minutes. It’s crazy that he’s played for seven teams. Green has to be the girl that looks like a model, but has the voice of a ninety-year-old smoker, and thinks 1+1=11. Have fun.

Dwayne Wade scored eight points, grabbed two boards, dished out two dimes, and pilfered one in 20 minutes. Why is he on the squad again?

35 points, 11 boards, 13 dimes, five steals, and one block. Stocktonator was all over Harden last night. Whoop dee do, right? Fair enough. Most people were over Harden. But a cool feature that the Stocktonator has is DVP (Defense vs Position). With a 146 mark, Harden had by far the easiest matchup on the board.

Trevor Ariza scored 17 points, grabbed four boards, dished out two dimes, and pilfered two in 43 minutes. He shot 3-of-11 from downtown. He ain’t sexy, but he gets a ton of minutes, opportunites, and contributes across the board.

Lonzo Ball scored 10 points, grabbed eight boards, dished out eight dimes, and pilfered two. He shot 3-of-12 from the field and 1-of-7 from downtown. I actually think he will be fine, as he’s still figuring things out. When I watch him play, I feel like he’s thinking too much. It’s not flowing properly. He forces shots up at times when he doesn’t need to. It’s as if he’s doing it to prove a point to himself and others. Then, at other times he’s way too passive. Once he gets to that happy place, good times will ensue.

Kyle Kuzma scored 13 points, grabbed nine boards, and dished out a dime in 35 minutes. He had his worst shooting night of the season, going 4-of-14. Kuz gets busy on the boards and knows how to put the ball in the bucket. The dimes, steals, and blocks are cooties, though. Still, he’s a top 100 player right now.

Brandon Ingram scored 10 points, grabbed four boards, and dished out a dime in 35 minutes. Ingram and the Kuz are averaging 35 minutes a game for November. Damn, once LeBron comes to the Lakers, they could have a nasty lineup of death. Shit, I forgot they getting Pinto LeBron.

Dario Saric got the start again and scored 13 points, grabbed 10 boards, and dished out two dimes in 34 minutes. Homie is playing that!

TJ McConnell scored four points, grabbed five boards, dished out six dimes, and pilfered one in 29 minutes. He continues to get minutes with Fultz and Bayless out. He ain’t sexy in fantasy, but he’s playing minutes and will contribute a little something something every night. My favorite thing about TJ is how meticulously he maintains his hair. That shit be looking tight. He’s gotta be using Tres Flores, right? That’s the only thing that could keep his hair locked down like that.

Zach Randolph scored 20 points, grabbed seven boards, dished out two dimes, and pilfered two in 29 minutes. If you read yesterday’s post, you know that I planted a robot fly in Vivek’s office. Here’s some audio from tonight after prevailing 109-108 over the 76ers. “We’re fucking going to the playoffs Vlade!!!”

Justin Jackson scored 19 points, grabbed two boards, and dished out two dimes in 30 minutes. That’s back-to-back games with 30 minutes. Back to audio from robot fly. “The future is now Vlade!!!”

Carmelo Anthony led OKC with 28 points, five boards, one steal, and two blocks. Thunder lose again to drop their record to 4-7. Melo looks around then says, “It ain’t on me. I dropped 28 tonight.”

Paul George scored 13 points. Russell Westbrook scored 13 points. JINX!!! Why did we used to do that? So dumb. Jinxed you. Jinxed you. La. La. That’s the first thing I’m going to do when we learn how to time travel. Go back to seven-year old me and slap me silly when I do the stupid jinx thing. So, if I stop seven-year old SON from doing the jinx thing, then that will prevent five-minutes-ago-SON from doing it, right? Back to Westbrook, he went 0-of-3 from the charity stripe to drop his percentage below 60%. It makes total sense. He spent all last season being Hulk. Now, he has to chill and be Bruce Banner? Of course that’s going to mess with his game!

Does OKC turn into a WWE cage match at some point? Westbrook is the odds on favorite to just annhilate everyone. I’d also put money on Steven Adams. Those tough New Zealanders grew up boxing kangaroos so….UPDATE: Of course Adams gets hurt in the fourth quarter as I’m writing this. JINX!!! If Adams is out, probably means more minutes for Jerami Grant and Patrick Patterson. Melo would just put on his hoodie and melt into the crowd, while George would slip out and take the Uber to Los Angeles.

Paul Millsap scored 17 points, grabbed seven boards, dished out five dimes, pilfered two, and blocked six in 40 minutes. Slowly, but surely, Millsap is turning into the player we thought he’d be. You see that, Jimmy?