Not that anyone is keeping score, but I made James Harden the highlighted player last week, so it feels kind of weak to be back here raving about the bearded one in back-to-back weeks. That said, there’s absolutely nothing weak about this ridiculous scoring effort. He actually posted an absurd 27 points in the first quarter alone, so anyone watching it live knew it could be a special night.

Shooting 55.9% from the field and 14-for-17 from the line is massive for any fantasy team. He didn’t put up his usual assist numbers, but we can’t really complain about a 60-point game. While a 61-point game is huge (this was actually Harden’s 2nd 61-point game of the season), he’s deep in the MVP race and should continue to bolster fantasy squads that are making their championship runs. 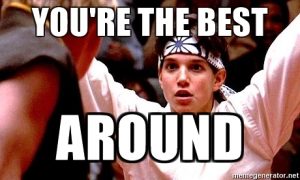 His name is Jonas! The 23 boards were a career high and he’s showing what many of us knew was possible when he was being held back in Toronto. This opportunity in Memphis is well overdue and he could have a huge breakout season next year.

Gallo led his team to victory and helped your fantasy team with some high volume, yet efficient shooting from the field. Gallo has been having an incredible season, top 30 for the season and almost top 20 over the last month. He’s paying off for GMs that rolled the dice on him late in drafts.

He dodged a potential concussion from Wednesday, so it was good to have Love suit up and play. The 22 and 8 are solid, as are the 4 3’s. As long as he stays healthy, he should be playing and helping in points, boards, and 3’s.

All season long Jokic has been putting up great all-around numbers and did so in this one. The zero steals and blocks are annoying, but those aren’t his strengths anyways.

Following a rare “off” game, PG-13 came out and put up an efficient game that showed off his versatility and went back to what made him the #3 player in fantasy this season. He’s still in the MVP discussion and has been a revelation in fantasy.

Kawhi played great in a losing effort, but that doesn’t matter to your fantasy squad. The 8 turnovers are a little problematic, but otherwise, this was yet another line that displayed his top 5 value.

This marks two great games in a row for the most improved player in the league. Like his teammate Kawhi, Pascal helped out in every category, but also added a bizarrely high turnover rate.

The Bucks only needed 28 minutes out of Giannis to easily beat Miami. He suffered an injury but was able to return. This was an excellent return to action after missing the last two games. With recent improvements in his 3-point shooting, the Greek Freak has been the #1 player, on a per game average, in fantasy over the last two weeks.

Middleton kept it going after playing great while Giannis was out. He’s been a disappointment for a majority of the season but seems to be hitting his stride at just the right time.

The shooting wasn’t his best, and he wasn’t able to recapture the magic of his last game, but Russell was able to exact some revenge on the Lakers. DRuss has hit double-digit assists in three straight games and looks to be playing his best ball at the perfect time for fantasy teams.

LeBron did what he could to carry the Lakers to victory, but ultimately fell short. Once again, none of that matters for fantasy GMs. While the shooting efficiency was rough, we’ll gladly take the near triple-double. James will probably continue to see rest games, so he’s a very risky fantasy play.

McGee put up one of the elite games of the night with an absolutely bananas 33 and 20 with 6 blocks. Coming off of an inefficient game, this was a welcome sight. 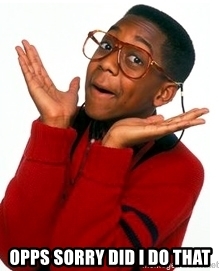 Gordon has been coming in hot with a top 40 ranking over the last two weeks, but this was just a rough outing. He was cold from the floor, wasn’t active on the boards, and came up empty on stocks. The timing is, of course, awful for fantasy GMs, but they just have to hope he can bounce back quickly. 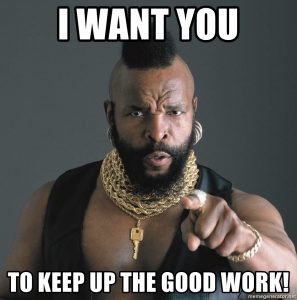 Most assumed that Delon would benefit the most from Conley sitting, though Tyler Dorsey stole the show. Still, Wright played well and put up nice numbers across the board, though missing both of his free throws wasn’t great.

This marks back-to-back 20+ scoring games. The 8 boards, 6 assists, and 3 3’s help round out a nice game for any GMs rostering Fournier. The Magic are done for the week, so if you are still in the running next week, you can still get four games out of him.

Sexton has been playing better of late, but still doesn’t seem to do much besides score and hit 3’s. There’s value in that, but it’s weird when your starting point guard gets you 1 assist in 30 minutes. Also, note the blanks for the defensive stats.

Nintendo DS had an all-around great game and was on fire in this one. With OKC fighting for a top 4 seed in the playoffs, they’ll continue to need Schroder’s offensive abilities off the bench.

This line from DeMar was fine, as he was reasonably close to messing around, but he wasn’t efficient from the field. The lack of any 3-point shooting is also a little disheartening. He’s been playing better lately, so this might just be a slight dip for DeRozan.

After losing minutes in his last game, White played better Friday night than he has in a while, so hopefully, this is a sign of things to come.

Murray posted a nice line here, providing legit production in every category, including 4 stocks and somehow zero turnovers. While he’s been inside the top 100 for the season, most fantasy GMs were expecting a little more. He has top 50 potential and maybe this game is the start of a nice run.

While he was a not so great -15 in total plus/minus, he helped out fantasy teams with a nice 21/7/4. As long as DSJ is out, Mudiay should get a ton of run…though you never know with Fizdale.

Mitchrob did a ton in just 22 minutes, posting an efficient double-double along with his usual 3 swats. He made both of his free throws, so there’s nothing you can complain about here. He should continue to be productive coming off the bench.

Even when the scoring slumps, Capela is solid as a rock nabbing boards. He’s nearly a top 20 player in fantasy this season and the points should come back up in the next one.

Ross was on fire in this one with 31 and 7. He also really helped you out with a whopping 8 3’s. He can be a solid points and 3’s streamer for next week.

Forbes was red hot in this game and posted his best line in a while. I wouldn’t expect the good times to keep rolling, but we can all enjoy the output in this one. 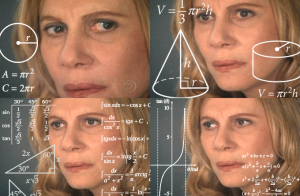 Russ did what he does and messed around. Add in 5 stocks and 2 3’s, and you can forgive his 30% shooting from the field. At least he went 80% from the line. 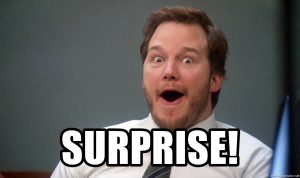 Tyler stepped right in for the resting Mike Conley and posted a line that would make the starter proud. This was by far the best game of his career and a nice showcase for the 2nd year player, minus the oddly awful free throw shooting. He will be tough to target with Conley still healthy, but if the Grizz end up shutting him down, Dorsey will be a hot pickup.