A few years back, there was this popular book series that was also one of the first click-baitey lists I remember seeing online. It was called “Eat This, Not That!”. Or, as it might as well have been called: “Feel Guilty Every Time You Have A Deep-Fried Onion Appetizer.” They’d present two relatively similar items at a restaurant, one with roughly half the calories and a fraction of the saturated fat. That one was usually smaller, and shockingly, not deep-fried. I remember grumpily learning that some of the absolute worst things you could eat were also some of my favorites, of course. That would be these beauties: 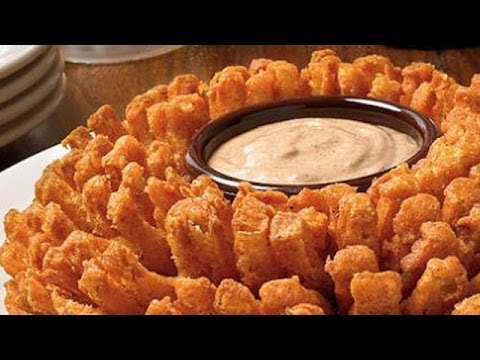 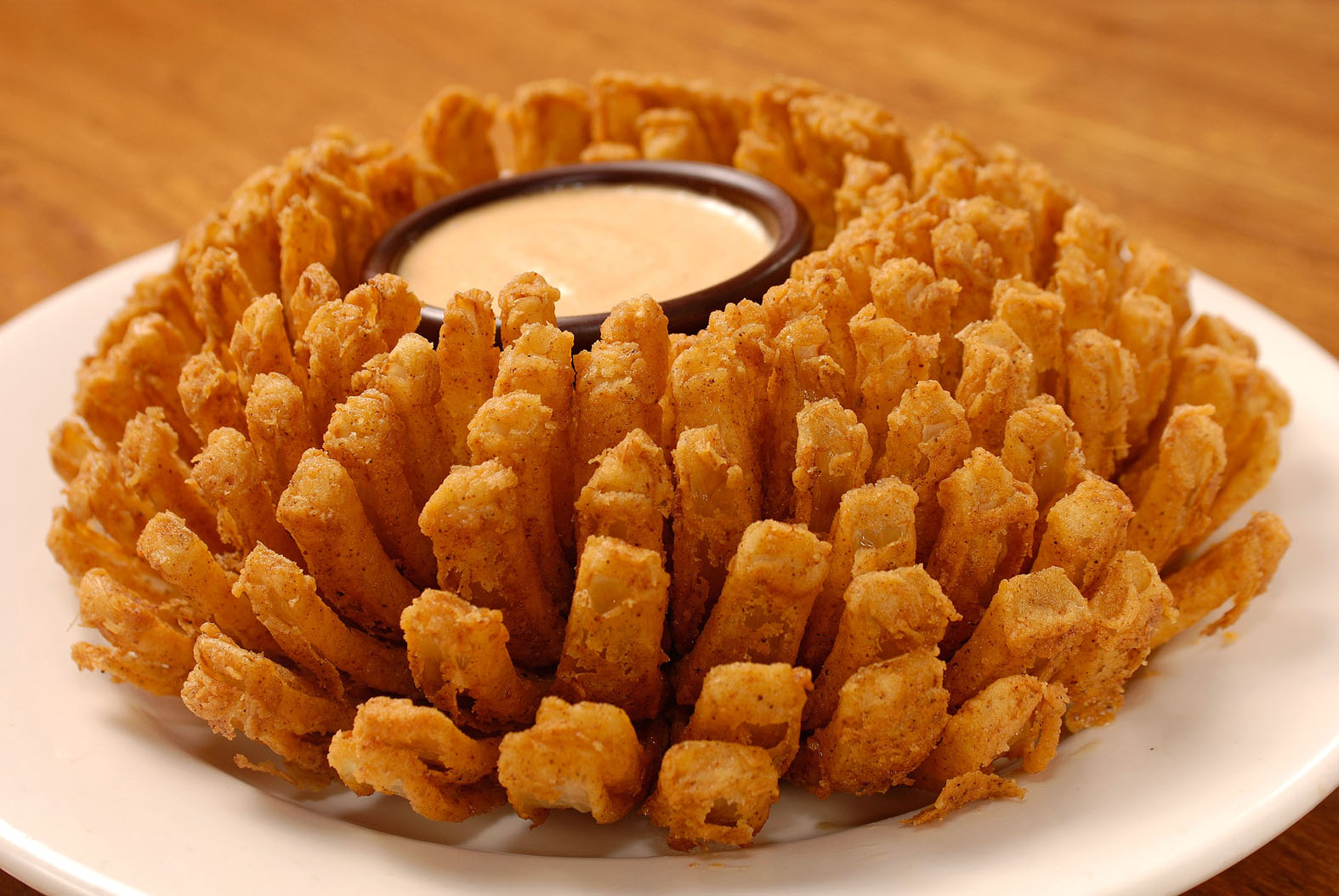 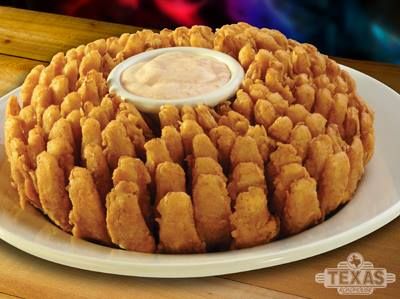 The Triumvirate: The Awesome Blossom, The Bloomin’ Onion, and The Cactus Blossom. No thanks! I won’t be substituting grilled salmon and fresh vegetables! I LIKE having my entire recommended weekly allowance of calories BEFORE my entrée arrives!

So, this week, I thought I’d take from that and from another idea I’ve always liked: Comparing nameless stat-lines. So, let’s do a Roster This, Not That! How’s this going to give us an advantage? What I’m going for here is, unsurprisingly, picking two players with relatively similar stat sets. One will generally be a player that your typical fantasy manager will value close to his draft price, and the other will be an overachiever, and possibly an under-the-radar one at that. Then, if you think that player might not be properly valued in your league, you should try to acquire him, as he could come cheap. If you have the player he’s being compared to, you could even see if you could make the swap and upgrade somewhere else at the same time. Now, if the other manager is up on their current player rankings, you may not get a deal, but, even so, they could be skeptical that the surprising player can keep it up. I’ve admitted before that I’m reluctant to change my perception of a player quickly. I pretty much value players where they were drafted for a little too long, since I’m resistant to believe the small sample size is more predictive than the career body of work. Which is right? That’s part of the fun, of course. So, here are a handful of comparisons I came up with (see if you can guess a few). It’s less about these specific players than the overall concept. Make sure you’re not just sticking with the big names. When it comes to fantasy, you’ve got to think of these players as a set of numbers.

*These are 9-Category per-game rankings through 1/29 from Basketball Monster. Remember that the difference in a few rounds of value can be very small, especially in later rounds, so don’t overrate the difference in rankings.

Player A is ranked higher and Player B is a popular trade candidate who would see a decline in value if dealt. So, you still want Karl-Anthony Towns (A) over Nikola Vucevic (B), but it’s been shockingly close, so far.

These are two fantasy darlings that most of us know have a ton of value, but I think many people still value 9-cat stud Otto Porter Jr. (C) similarly to Robert Covington (D), when Covington is better almost everywhere. Though, Otto should continue to improve with Wall out, and possibly if he gets dealt, as well.

Similar points/rebounds/assists, but it’s the little things like the percentages and blocks that help account for the difference in ranking of Luka Doncic (E) and Bradley Beal (F). With Beal’s recent hot streak, you certainly shouldn’t be able to get him for Luka, but there are plenty of people out there who might think these guys are in the same tier. I love Luka as much as the next guy, but his fantasy game isn’t quite refined yet. Look at what he might be able to do, fantasy-Gwise, if he can clean up those percentages and turnovers in the coming years, though.

Just wanted to point out how similar these guys’ stats have been. Both have performed better than most expected. That’s Klay Thompson (G) and Buddy Hield (H). Next time Klay hits double-digit threes, maybe you can get Hield and another good player for him. 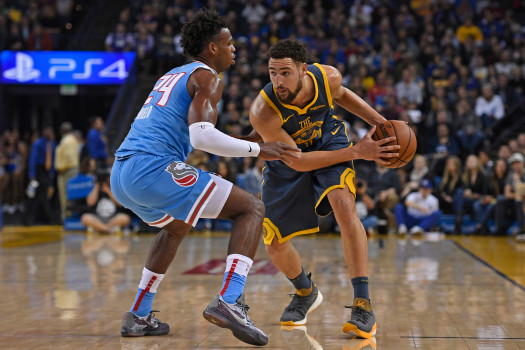 Yes, there’s a trade-off in FG% and threes, but the rest is very close. Maybe you’ve got Marc Gasol (I) and don’t need the threes or there are concerns about a trade, so you swap him for Jusuf Nurkic (J).

Looks pretty close with a few small tradeoffs, but it would be worth seeing if your league’s Josh Richardson (L) owner has a thing for your upsidey Jamal Murray (K).

These two were even real-life traded for each other last season. Two players having career years so far. One with double the turnovers. That would be Blake Griffin (M). You lose points and assists when you swap him for Tobias Harris (N), but your team will look better in some key spots.

These guys have both been injured and have a great shot at improving on these numbers once they really get rolling. In case you don’t think Gary Harris (O) is returning to last year’s stats on that talented Nuggets team, you could probably get someone to pay for him like a top 50 player and sneak Bogdan Bogdanovic (P) over to your side in a deal.

So, back to a recurring theme of mine: remember to look at all the stats, even the less interesting ones. Some of the differences between these players are simply turnovers or a shooting percentage or two. Those can really add up. On the other hand, your team may be able to ignore the category that’s causing the major difference in value and take advantage.

Enjoy the trade rumors in the coming week!

Let’s go with third-year Dirk Nowitzki. Take a look at these stats that were already good enough for the second-best fantasy value that season, just missing out on 1st place to Ray Allen. Thanks again, Basketball Monster Historical Rankings. 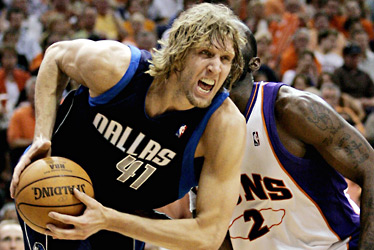