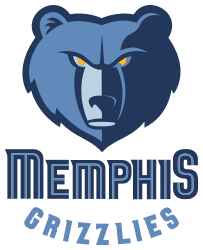 Welcome to the Ja Morant Show! Morant should start and dominate the ball. There will be plenty of highlights, but as a rookie playing one of the most demanding positions in the NBA, Morant will have his struggles. As a rule, I expect rookie point guards to turn the ball over a lot and shoot poorly. Trae Young turned the ball over 3.8 times a game last season; and both Young and Morant averaged 5.2 turnovers a game in their final college seasons. You will gladly sacrifice the turnovers for Morant’s long-term potential, but if you’re playing in a head-to-head categories league you at least want to know which categories you should be punting.

Young and Morant have another major similarity, as they both shot 36 percent from three in their final college seasons. And yet, I think most people would agree that Young is the better three-point shooter. Efficiency and volume don’t exist in separate vacuums. Although both players shot 36 percent from three, Young did so on 10.3 attempts a game compared to Morant’s 4.8 attempts. Young’s ability to maintain that efficiency at significantly higher volume suggests he’s a much better shooter. I would expect Morant’s three-point percentage to drop, as Young’s did, but I don’t expect Morant to take as many. If Morant can be selective and efficient on his threes and continue to shoot 55 percent on twos, he could have a surprisingly efficient season. Don’t bet the house on it though.

Tyus Jones is a quality back-up and could serve as a mentor for Morant. As I mentioned in my Chicago Bulls Team Preview, Jones is the assist-to-turnover king. Excluding James Nunnally who only played 15 games, Jones had the best assist to turnover ratio in the NBA last season. If you’re in need of assists and steals late in the draft, maybe take a quick look at Jones, as he averaged 4.8 assists and 1.2 steals a game last season.

I can’t say I’ve watched a lot of De’Anthony Melton in my day, but his steal numbers—1.4 steals a game—suggest he’s quick and reads the offensive action well. Injuries and trades provide opportunities for almost every player on an NBA roster for at least a few games, sometimes a week or two. That’s really all you can expect from Melton. Maybe there’s a week-long Melton wave to ride this season, otherwise, eh.

Dillon Brooks is a points and threes fantasy option, neither of them at extremely high volume. Brooks only played 18 games last year due to injury so he should obviously see more playing time this season. He can shoot a little bit—35 percent on 3.2 attempts a game as a rookie—but it’s difficult to make predictions about playing time with this roster. A number of guys will likely be traded and that could throw the roster in flux during the middle of the season. Grayson Allen is Grayson Allen, a poor three-point shooter who’s always ready to trip someone or start a fracas. Maybe he gets more playing time with the Grizzlies, but it would make more sense to slide guys like Kyle Anderson, Josh Jackson or even Solomon Hill to the two-guard ahead of Allen. All the tweeners on this roster make predicting playing time a nightmare, but Brooks is the most natural fit at the two due to his shooting. Count Brooks as a reliable source of points and threes, but don’t expect much in any other statistical category.

I would expect Kyle Anderson—aka “Slow-Mo”— to start at small forward this season, if he’s healthy. He was shut down for the final 30 games last season and underwent “thoracic outlet decompression surgery.” One would have to believe the Grizzlies view him as an integral part of the organization given that they signed him away from the Spurs in restricted free agency last summer and he wasn’t traded during the Grizzlies busy offseason. Anderson’s plodding, idiosyncratic game can provide some nightly entertainment, but the stats aren’t bad either. In only 43 games last season he put up his best numbers as a pro, averaging 8 points, 3 assists, 5.8 rebounds, and 1.3 steals a game while shooting 54.3 percent from the field. Both his free-throw and three-point percentages took major dips last season, likely due to the shoulder injury. There is reason to be optimistic about Slow-Mo’s 2019-20 prospects. The Grizzlies have reshaped their front office and coaching staff, ushering in a wide-open, faster-paced, three-point shooting offense. Anderson isn’t a great three-point shooter but his well-rounded skillset should allow him to thrive in a more open system.

At this point in his career, Andre Iguodala profiles as the prototypical low-volume 3 & D wing—spotting up for open threes and cutting off the action of better offensive players. His best on-ball skill is his passing, which shines most in the open-court when defenses are scrambling. Iguodala isn’t bending defenses with his shooting, ball-handling or driving ability anymore. He’s never averaged a block a game and the past two seasons were the first two seasons he didn’t average at least one steal a game. With increased playing time and the right attitude, Iguodala could have a bounce-back season running the floor with Ja Morant, Brandon Clarke and Jaren Jackson, but I expect Iguodala to get traded at some point. How motivated will he be to play for the Grizzlies given the eventual reality of a trade? Iggy’s accomplishments speak for themselves, but I don’t foresee meaningful volume for him in the regular season, on any team. I’d advise you to take a “wait and see” approach with Iguodala.

As I imagine you’re starting to see, there’s a bit of a log-jam at the small forward position. Iguodala will be traded, but how quickly? Josh Jackson can play either shooting guard, small forward or power forward in small-ball lineups. Jae Crowder’s best position is small-ball four, but he can also play the three. Solomon Hill isn’t very good but he’s on the team. Who plays the three when the team goes big? What about when they go small? Outside of Anderson and Iguodala if he’s still on the team, Jackson should get the most run of this long-list of potential small forwards. You don’t acquire Jackson unless you plan on trying to develop him. Jackson does stuff, it’s not always good stuff, but he’s a live body. He’ll give you a little bit of production across the board, but he’s not going to be great in field-goal percentage, free-throw percentage, or threes.

Welcome to the JJJ Show! Jaren Jackson Jr. is what the future of the NBA will look like—long, switchable, two-way players who can shoot it from deep, put the ball on the floor, and finish inside. Jackson is a great source of out-of-position threes and his block numbers are already fantastic. He’s going to have all the opportunity in the world to take a step forward this year. He’ll get some minutes at back-up center and small-ball five. Jackson can shoot, as he converted 76.6 percent from the free-throw line and 35.9 percent from three last season, great numbers for a big and already league-average from three. As he fills out and polishes his game, I expect his two-point percentage to go up as well. Jackson looks like the Tim Duncan of the “Sprawlball Era.” Could Jackson average 15 points, 5 rebounds, 1 assists, 1 steal, and 1.5 blocks, while shooting 58 percent on twos, 38 percent from three, and 80 percent from the line this season? A few seasons from now, could he average 18 points, 8 rebounds, 3 assists, 1 steal, and 2 blocks? It’s not insane to think he could. But here’s the thing, even if he only duplicates his statistics from last year over the course of a full season, he’s still going to be extremely valuable for your fantasy team. Avoid drafting him at your own peril, especially in keeper leagues.

Jae Crowder looks like he should slot in as the back-up four until he gets traded. Once again, it’s hard to know what to do with Crowder. He’s a prototypical trade candidate—veteran, defensive-minded forward on a rebuilding team. He’s also the sort of player who’s more useful to his real team than your fantasy team. He can provide some value in the way of points, rebounds, and on the low-end threes—he made 2 a game last season.

Brandon Clarke is another exciting rookie on the Grizzlies roster, as he took home Summer League MVP honors in Vegas. I expect Clarke to play, but the Grizzlies have such a wealth of forwards it might be difficult for him to breakout. The talent is unquestionably there, but he’s not as good of a shooter as Jaren Jackson. Their college volume and percentages bear that out pretty plainly: 39 percent on 2.7 attempts a game for Jackson and 26.7 percent on 0.4 attempts a game for Clarke in their final seasons. I think he walks into the league a better rebounder than Jackson however. Clarke is older and likely stronger, especially in the lower half. Jackson is as long as all get up, but he’s thin. Clarke’s power game appears to be his best offensive attribute, as he averaged 8.6 rebounds a game and shot 70.5 percent on twos in his last year of college. His 2.3 assists a game as a sophomore also suggest he can make some plays from the roller spot in the pick and roll. At 23 years old, Clarke is an older rookie, but this should allow his defense, rebounding, and finishing abilities to translate immediately. And he’s only going to get better, his playmaking and shooting ability should continue to improve so even if he’s not worth the money this year, he should be very soon.

Bruno Caboclo is the enticing draftee whom Fran Fraschilla described as “two years away from being two years away.” Well, he’s officially entering his sixth season in the NBA, maybe now’s the time? (I’m kidding.) BUT, word on the street is Caboclo has a better shot to remain on the roster than Ivan Rabb, who had a rough Summer League.