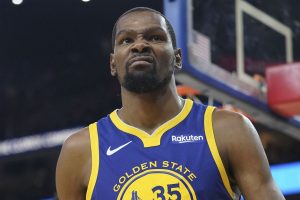 In the year LXXX A.D., the construction of the Roman Colosseum was completed. While Classical mythology dramas were performed there, the Colosseum was more well-known for the gory public spectacles: gladiator fights, executions, and animal vs. animal clashes. Thanks to Google, we are able to learn about some of the most epic battles. Were they true? When I buy my DeLorean, I’ll let you know. Until that day, assume all the accounts are true, because I got it from a page on the internet. There was the elephant vs rhino fight, in which the elephant picked up a broken spear and gouged the rhino’s eyes out. A former Syrian soldier named Flamma was victorious 33 times. He so impressed the masses that the politicians offered him freedom four times. Titus filled the Colsseum with water, brought in ships, and re-enacted a sea battle with three thousand men. All impressive and no doubt had all the spectators on the edge of their seats, but none could compare with what went down at Scotiabank Arena last night, where the Toronto Raptors edged the Golden State Warriors, 131-128 in OT. The game looked like it was going to be a laugher, as the Raptors stormed out to a 13-point advantage after the first period, but then Kevin Durant went into F U mode and….

Beep. Boop. Bop. I was wondering why I saw famous battles at the Colosseum on the History Channel when I walked by the Stocktonator earlier in the day, as it had KD as the #1 player last night.

The 33 minutes and 20 points were both season-highs. The answer is no, but if you do roster him, I’d have to investigate you for insider trading or wonder if you’re from the future.

Played 26 minutes, while Damian Jones only played 11 minutes. Last night was the second time this season Looney has played 26 minutes, but keep in mind the game went to overtime yesterday. If you need a center, Looney will get around 20 minutes per game and contribute a little something something in rebounds and blocks.

Nick Nurse has healed Ibaka, as he’s shooting fewer threeecolas (0.7 vs 1.4), which has contributed to the increase in efficiency (56% vs 48%). In addition, he’s grabbing one more rebound. Good things happen when you don’t just chill on the perimter, waiting to catch-and-shoot, especially when you’re 6′ 10″ and 235 pounds.

Beep. I am. Boop. Kawhi. Bop. Leonard. How may I be of service tonight? Beep boop beep. Kawhi reminds me of the B-2 Spirit stealth bomber. It’s sleek, smooth, and delivers a devastating payload. But, it needs tons of maintenance, like repainting the radar absorbing paint and such.

Aaaaaaalmost messed around. Well, he did mess with your shooting percentages, which has been a common occurrence over the past eight games (39% from the field).

Awww, so cute. They wore matching stat lines, except it was his/her edition and one was washed while the other wasn’t. They both stunk, though.

Played 29 minutes off the bench. Why isn’t he starting? Top 50 player for fantasy in only 24-25 minutes per game.

Has value because he gets around 27 minutes a game and provides threeecolas, rebounds, assists, and steals. In addition, Darren Collison kind of sucks so….With that said, the Pacers play at one of the slowest paces in the league.

The antonyms of everything in the LeBron blurb.

He’s been playing close to 30 minutes a game for the past few weeks, yet I didn’t know if he was still in the league.

As with Sabonis, why isn’t he starting? Buehler? Top 40 player for fantasy.

I feel like he double-dubs every game, yet he’s only notched seven in 21 games. While he provides some points and rebounds, WCS tanks your free throw percentage and doesn’t get his block on. With his length and athleticism, that is a travesty. He’s a top 150 player for fantasy.

Played 27 minutes. Unfortunately, he left last night’s game due to back tightness. Bagley was really coming on too, as he had five straight games scoring in double figures and notched two double-dubs over that span. If he’s unable to go, Nemanja Bjelica should probably get his minutes ramped up again.

Y’all know how I’ve felt about BogBog since the preseason. Well….this is how I feel now….