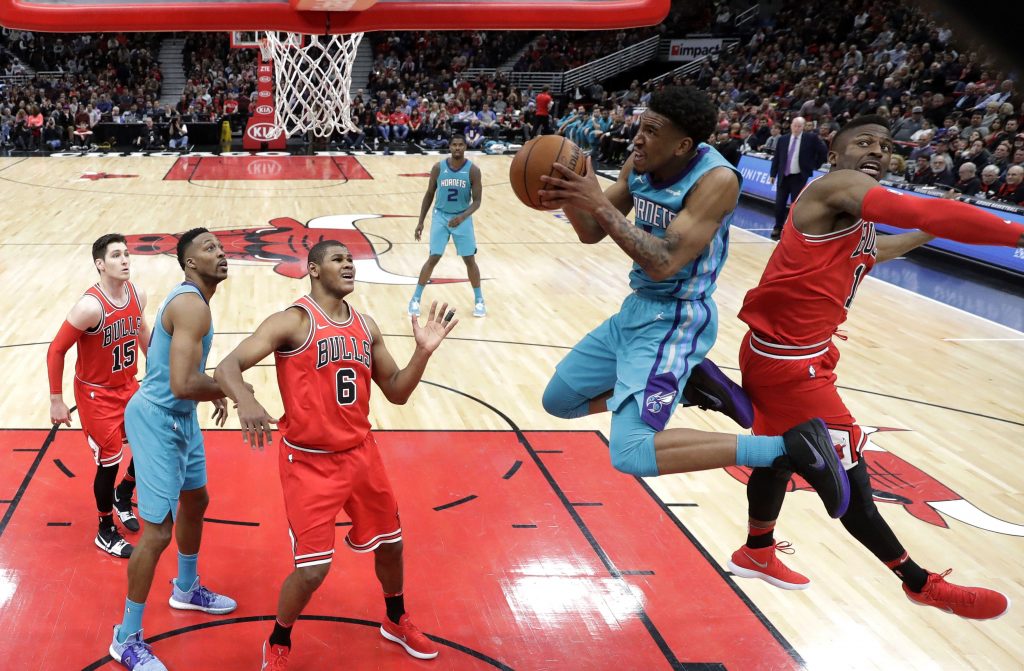 It’s that time of year again Razzball Nation! The season is just around the corner, the draft season is starting with a bang, so what better way to help you prepare than to check out the predictions from your favorite Razzball fantasy writers. For those that did last season, you might have cashed in on Donovan Mitchell, highlighted as a sleeper pick by both myself and Son, and took my advice on avoiding Marcin Gortat, as my highlighted bust. Mel nailed Ben Simmons as Rookie of the year and Kris Middleton as comeback player of the year, while Tad was a game away (or even just a quarter way) from his Celtics vs Rockets finals matchup.

So let’s take a look at our predictions for the upcoming season.

And to finish us off, what about those players that we as writers are infatuated with. These might not necessarily be the best fantasy values, but we all have our favorite players right?

Post your predictions for the upcoming season in the comments section, so you can look back in a years time and provide some evidence of your own bragging rights.

You can fnd me on twitter @storytelling41 for up to date Razzball posts and news in and and around college and the NBA.

Hi Guys, love your work, I see Chris Paul and Nikki Vucevic both is the bust column, Which I understand, but at what stage do they become value, I just drafted Paul at pick 20 and Vucevic slipped into the 60s and I got him there, I understand the risk with these guys but at some stage you just can’t pass them up any more? . I’d love to hear your thought on this.

I can only speak for myself and not the other writers. I know speaking with Brett he appreciates the talents of Paul, just zero trust in the health, plus the Rockets have already said they are not looking to over extend him this season.

I like Vuc, so long as coupled with a real rim protector, triple one with good percentages has real value . Late 40’s,earky 50s for me in redraft with the right personel… Where it gets murky is just whether his future the whole year is in Orlando or not.

@Dave Ralston: Son ranks Paul super high, so pick 20 is defnitely a steal. I took Paul with the 11th pick in one of my leagues. I like Vucevic a lot too. Very steady numbers and 60 is a great value.

@Brent: I happened to take CP3 at 16 and Vooch at 40 in the Razzball Experts League. A little nervous about Paul missing some games, but I consider him more valuable than that slot. I wasn’t thrilled with the choices at 40, and Vucevic might only be worth that for the first half of the season… But he was so good last year. I tend to try to grab the known value guys over the hyped-up young’uns in most cases.

@Dave Ralston: I loved Vuc last year as a sleeper and he did produce awesome value. My concern is that Mo Bamba will eat into his minutes early and eventually the Magic will have to trade him in order to give the starting nod to Mo. Remember Vuc is on an expiring contract and i fear he will land in a team that is not that great for his fantasy value. His outlook for the first half of the season is definitely brighter than his second half…

Thanks for the clarification Kostas, serves as a good reminder that a bust label can come about for many different reasons

I’m totally on board with Tad on Cedi Osman as my sleeper this year.

And I think it is very interesting that Elfrid is the only Sleeper up there that was chosen by 2 different Razzball members.. (the one player that was picked twice on that list)

Excited to get some preseason games in this weekend!

Return of the Cedi certainly looked good in the European qualifiers this summer, I just hope Cleveland play at a fast enough pace to fully utilise his excellent ability in transition.

Agreed, excellent to see a lit of variance on the list, sure is boring when everyone picks the same guys

Thanks Craig for putting this altogether, I love to see how wrong I was at the end of the season. Lol.
Yes, I am very high on Zach LaVine this season and I am also infatuated with Tobias Harris, I own him in almost every league I’m in this season.

Good luck everyone this season, I hope to see everybody in the Razzball Commenter Leagues!

@Brent: Agreed! Thanks, Craig. No big deal, but my infatuation is Fultz, in case people want another name. it’s fair to say Luka is, though, too, since I’ve got him for ROY, and I LOVE some of these rookies.

My apologies Tad, it must have got caught up in the heaps of paperwork in preoeration for this season. Its nearly upon us

H2H/9cat I can keep 2??? Jokic/Jrue/Gobert. Jokic is the obvious. Who would you pair with him?

all the most left-field contrarian predictions were made by Mel…. WHO WAS ON CRACK.