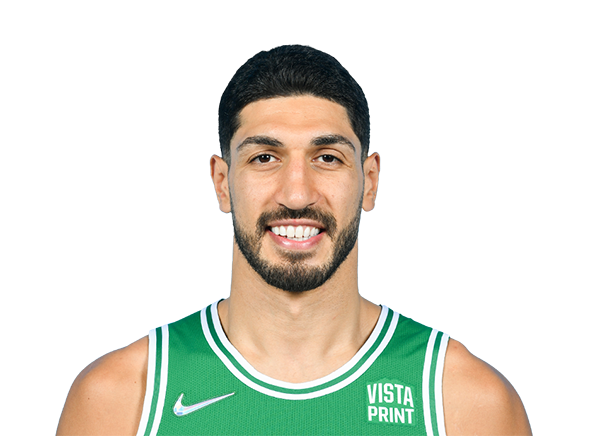 In high school, I went out with a girl who was two years younger than me. Things were amazing but then I got accepted to a school on the opposite coast. There was sadness at the inevitable end of the relationship but we made the most of it for those six months. We spent as much time together as we could and tried to cherish every moment. As the summer came to an end and it was almost time to go, the crescendo of emotion and activity was heightened, until the last hurrah knocked on the door and said it’s time. Jusuf Nurkic is close to returning back to action for the Trail Blazers. Enes Kanter knows his time is almost near. As I did with my high school sweetheart, so did Kanter do last night:

In 40 minutes of action. Sooooo close to his eighth 20/20 game of his career and second this season. He grabbed 10 offensive boards, the fourth time in his career he’s accomplished the feat. On the season, Kanter is a top 75 player. As a starter, he’s averaged 29.7 minutes per game. In 12 games off the bench, he’s at 18.7 minutes. When Nurkic returns to action, it may take some time for him to get ramped up, but once that happens, Kanter will be playing sub-20 minutes again.

Like Jason Voorhees, Green just keeps reappearing and producing from time to time. I thought he was toast when Blake Griffin was brought on board but he keeps finding a way. Maybe he’s the culprit for all the injuries on the Nets squad. Things that make you go hmmmm. Clicks on Spotrac. Well, well, well. What do you know? Green just happens to be an unrestricted free agent after this season. Someone better fly a nano drone to cover all of Green’s movements, night and day.

In 40 minutes of action. The 17 dimes tied a season and career-high. Harden has now dished out 17 dimes in a game nine times in his career. That not only gets me Harden excited but his teammates as well. Sharing is caring.

In 25 minutes. Our Lord Covington has rounded up all the non-believers, tied them to stakes lined up along the main boulevard, and made them repent for their sins of saying that he was washed. Over the last 27 games, he’s been a top 25 player.

Looks like he’s ramped up and ready to go again. Prior to the injury, he was posting top 20 production. Top 45 is more likely.

In 33 minutes! WHAT??!!! Since entering the starting rotation, he had played sub-20 minutes in four of seven games. Shrug emoji. Shit truly does happen. I’d need to see like five straight games of this before I buy-in.

Over the last 14 games, Green has been a top 30 player despite shooting 40% from the field. He’s averaged 2.8 tres, 3.7 boards, 2.1 steals, and 1.1 blocks. That’s damn good, yo. Two games ago, he racked up five steals and three blocks. Green has played 44 games this season. In 17 of those, he’s produced at least one steal and one block in the same game.

Welcome to the Oubre rollercoaster. Please buckle your seatbelt and hold tight to the barf bag as the ups and downs are fast and furious. He’s outside the top 100 on the season and, over the last seven games, he’s been outside the top 200. But he pops off for these ceiling games to keep us hanging on.

Ayton has now played 35 and 32 minutes the last two games. Prior to that, he played 18, 26, 28….He hadn’t eclipsed the 30-minute threshold since February 26th, a span of eight games. So weird. Anyways, things look good now and Ayton provides points, boards, blocks, and good percentages. He’s shooting 60% from the field and 75% from the line. The only things missing from his game are tres and steals.

Started but only played 15 minutes. There was no foul trouble or injury. He just sucked. Welcome to the Kelly O experience. What’s up with ballers named Kelly O? The inconsistency must be a part of the name. The only thing this Kelly O has been doing consistently is grabbing boards. Now, he can provide across-the-board production but grab the Pepto Bismal if you embarking on this journey.

Got the start because Goran Dragic was out due to a back injury and played 35 minutes. Where has this been? Nunn ya business.

In the two games that LeBron has been out, Kuzma has started and played 34 and 36 minutes. The usage rate has been 25.4 and 21.9. He’s attempted 14 and 16 shots while producing 13 points, two tres, six boards, six dimes, and one steal in the other game. The shooting efficiency has been rough at 42% and 31% but he’s producing in every cat besides blocks and will get plenty of run for as long as LeBron and AD are out.

The Lakers got spanked, 111-128, and have now lost three in a row. Those LeBron and AD guys are pretty important, huh?

REVENGE!!! The 36 points were a season-high. In his career, he’s gone for 40 and 49 points. Ingram is a professional getter of buckets. His J is so butter now and his length allows him to get his shot, whether it be shooting over or finishing in the lane. Top 35 player on the year.

Hart is a rebounding maniac. That’s not good for relationships. The 15 boards weren’t even a season or career-high. He grabbed 17 in a game on February 9th of this year. He did have another five-steal game way back in 2019.

Got the start and played 34 minutes because Lonzo Ball was dealing with a hip injury. In five starts this season, NAW has averaged 30.4 minutes, 19.2 points, 2.8 tres, 5.2 boards, 2.4 dimes, and one steal while shooting 55% from the field. There have been rumblings about Ball getting traded. If that happens, NAW could see significant down the stretch.

The Knicks are 22-22 on the season and are sitting in the seventh position in the Eastern Conference.

He’s shooting tres now? This was the second time in his career that he’s attempted at least 10 tres in a game. The other happened on February 15th when he chucked 13 shots from downtown. In his career, Randle has attempted at least five tres in a game 53 times. Now, we need to see an improvement in the steals and blocks. Then it’s on like Donkey Kong.

In 31 minutes off the bench. Mr. Robinson’s neighborhood was closed 15 games for repairs. Since reopening, he’s played 17 and 31 minutes. He should get back to starting in no time.

Yaaaaaawn. Just the 53rd time Jokic has messed around. What a Jokic. THE number one player for fantasy on a per-game basis.

Y’all know that I be loving across-the-board production, to my detriment at times. I need an intervention. Anyways, Barton isn’t the most consistent player. He’s not on the Kelly O level but he can be frustrating at times. Over the last seven games, he’s been a top 60 player, averaging 36 minutes, 19.4 points, 3.1 tres, 4.3 boards, 3.6 dimes, and 1.4 steals.

You clowned me for writing up Aminu a few nights ago. Who’s laughing now huh? Alright, Aminu is gross, as he’s a low usage player and he won’t normally provide the points. He can chip in boards and defensive stats if you’re into that sort of thing.

A top 30 player over the last four games! He’s topped 30 points in two. The Evan is pure like the rocky spring mountain water. He could get traded and has been dealing with injuries, so his situation can change at a moment’s notice.