Brawls in the NBA have been very rare lately, compared to the old days. Just ask Ron Artest. This is of course an improvement and it usually takes something unique to sparkle one nowadays. And in a weird twist of fate, what created one in yesterday’s game between the Lakers and the Raptors was OG Anunoby lifting Dennis Schroeder like he was made out of feather.

Ok, either Anunoby is way too strong or Schroeder is way too light, as he was almost zoned out when he lifted him and immediately went for the apology. Anunoby seems like a very chill dude so I bet he didn’t even realize what he was doing at that moment, but it still created a rare scuffle.

Regarding last week’s suggestions, both Chuma Okeke and Gary Trent Jr. were awesome, with the former producing top 30 and the latter top 50 fantasy production this past week. Jaden McDaniels and Hamidou Diallo were also productive and certainly worth rostering, while Evan Fournier, who was mentioned in the “Sell” column had a great week but is currently out due to COVID-protocols. I don’t even mention Shai Gilgeous-Alexander who was also in the “Sell” column since he hasn’t played yet and I have serious doubts that he will play again this year. The general consensus seems to disagree with me, as he is still owned in 97% of Yahoo leagues.

Malachi Flynn: The season has not gone according to plan for Toronto, as they are currently sitting in the 11th position in the East and if things don’t drastically improve they could find themselves missing even the play-in tournament. Injuries have been a major factor and currently, both Kyle Lowry and Fred VanVleet are sidelined. The minutes that have become available have been allocated to Malachi Flynn and DeAndre Bembry and both have produced in terms of fantasy value. Flynn seems like the better option currently due to his triples and assists but both are great defenders and capable rebounders so they are worth a long look until the Raptors get healthy again (27% and 2% owned respectively).

Bobby Portis: Bobby Portis might have one of the best nicknames in the NBA, due to his intimidating look and this nickname is “Crazy Eyes”. 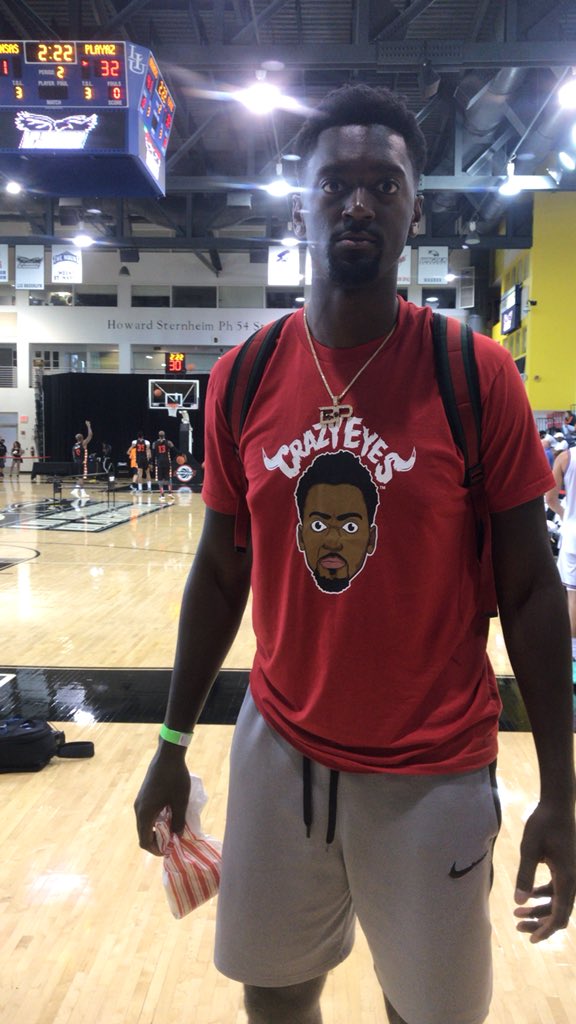 I can say that it is a well-earned nickname. In terms of fantasy, Portis has been a sneaky top 100 commodity for the year. His value is greatly tied to his rebounding and fg% so he is not a player that fits every fantasy build, but if you are punting one of his weak categories he is one of the always useful bigs that doesn’t hurt you in the ft% department. Milwaukee’s willingness to rest starters for the stretch run could further increase his minutes as we draw closer to the end of the season (40% owned).

Deni Avdija: The Wizards’ rookie does not have a fantasy-friendly game and had started the season really slow, but what he does have and will have is ample opportunity and playing time to accumulate as many counting stats as possible. His percentages leave a lot to be desired currently but he can be a tremendous help in the rebounding category from the forward position and produces very few turnovers. I don’t think he is yet an add in standard leagues but for deeper leagues, he is a steady contributor who has earned guaranteed playing time for the remainder of the season. (7% owned).

Derrick Rose: Rose has returned from his injury and is enjoying Tom Thibodeau’s trust as usual, but he is simply not doing enough in terms of fantasy production to warrant a roster spot. Since his return, his percentages have been a major anchor and the peripheral stats have also not been there (2.2. rebounds, 2.4 assists). There are surely better options on the wire so I would suggest you explore it and swap Rose out (52% owned).

DeAndre Jordan: Since LaMarcus Aldridge joined the Nets, Jordan received 3 straight DNPs due to coach decision, with Steve Nash going for Nicolas Claxton as the backup at the center position. There is no incentive to hold DeAndre in any league as the Nets are extremely deep and he even failed to log any minutes in games where Blake Griffin was unavailable. His 52% ownership is possibly inflated by leagues with inactive owners but if he is somehow still on your roster make sure to rectify this mistake.