The Lakers lost eight of their first 10 games. Anthony Davis did not play in one of those contests and he put up fewer than 50 DraftKings points in seven. Since then, Davis went over 50 DK points in every game with three over 70 and a high of 84.8. The Lakers won seven games during that span. On Sunday, Davis said “Hold my beer” to no one in particular. Maybe to the world that is filled with despicable keyboard warrior haters that populate mom’s basements across the world. And he did this:

That translated to a whopping 85.25 DraftKings points. Since Stathead has kept track, there have been 200 instances in which a player has chucked up at least 30 shots in a game. For those with OCD, this one hurts, as AD’s game on Sunday makes that number 201. AD has now scored at least 50 points four times in his career. He is now the numero uno player for fantasy on a per-game basis. In his career, he’s finished 29th, 2nd, 2nd, 1st, 2nd, 5th, 1st, 2nd and 25th. L. O. L. It’s all about health for AD. Someone must’ve located that colony of virgins because the gods seem preoccupied to mess with their favorite toy.

"I'm sure one of the old f*** gonna say you out of your mind, blah, blah, blah. The talent is better just like the talent at Apple is way better than talent working at Apple in 91" pic.twitter.com/pHZkNjb3nA

The Force has been strong with young Walker this season, as he’s playing 31.3 minutes and scoring 16.6 points per game. The 48% field goal percentage has been the most eye-opening stat to his season, though, as he struggled to shoot better than 42% in San Antonio. Walker doesn’t provide much outside of points, treys, and some steals but points, treys, and steals are categories too.

Signs that either the apocalypse is near or we are living in a parallel universe. Both AD and KP are healthy and balling the F out.

Over the last six games, Kuuuuuuuuuzma has been a top 60 player! He boards well and dishes out some dimes. The last frontier is consistent production in the defensive categories.

Played 30 minutes off the bench primarily because Bradley Beal exited early due to a hamstring injury. Kispert has been getting solid run off the bench prior to yesterday due to his shooting. He’s converting 44% of his 3.9 attempts from downtown. 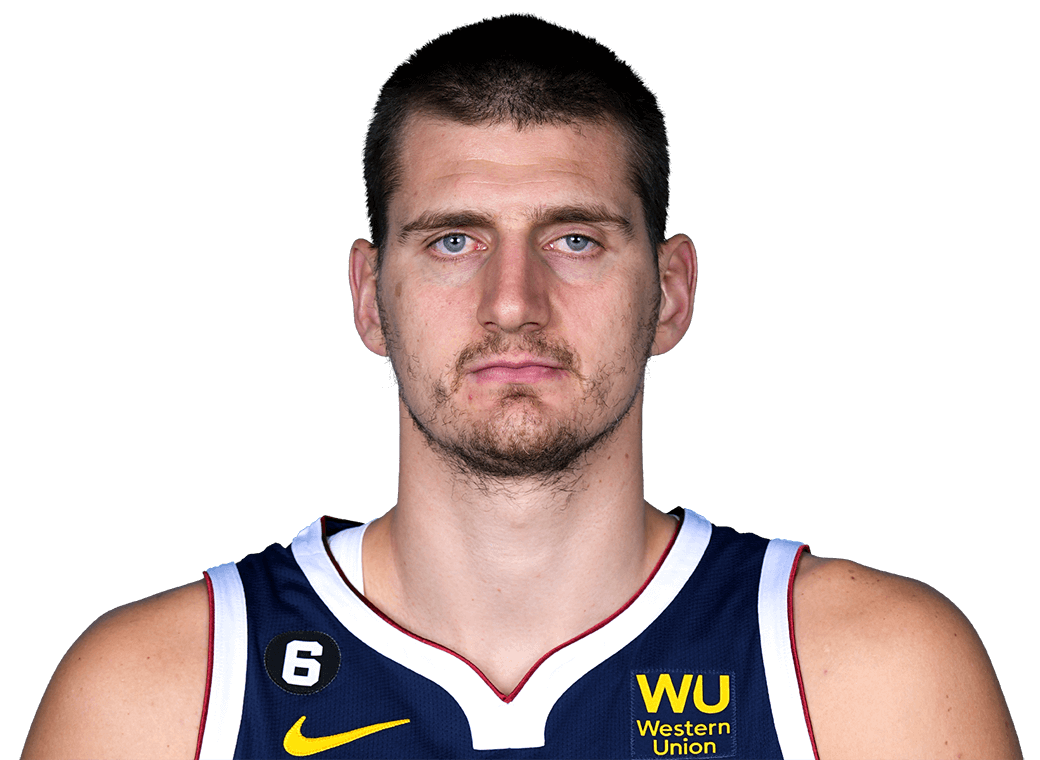 That’s it. No more submissions are permitted for the Nikola Pantheon. The only question is, who would be victorious in a cage match? Jokic has the size and the IQ is tremendous for both. Tesla would invent something, though.

Starting with Brandon Ingram and Herb Jones out. Trey has a silky smooth J and is converting 41% of his attempts from downtown. Did you know he could do this though?

He is only 22 years old and will be a staple of the Pelicans for many, many years.

….shit balls. What a performance from Grand Theft Alvardo. A week or so ago, Willie Green changed up his substitution patterns because he wanted Alvarado on the court to close. Due to his defense and feistiness, he’s a significant contributor, although he will usually play in the low-20s. He played 27 minutes last night and did this. Don’t expect this on the regular but the dude worked like a maniac in the offseason to improve his J. He’s shooting 36% from downtown after converting only 29% the prior season. He’s also averaging 1.2 steals and 3.4 dimes in 20.9 minutes per game on the season.

Saric had surgery for a torn ACL suffered in Game 1 of the 2021 NBA Finals. It’s been a long road back but Saric looked good playing overseas in the summer and has slowly been integrated into the Suns lineup. Granted, it’s been due to injuries for Cameron Johnson and Torrey Craig, but he’s back. He’s a protypical stretch big but he only played 22 minute in a starting role yesterday so I wouldn’t expect much from Saric.

Over the last seven games, DA has been a top 15 player! 21.6 points, 12.9 boards and 1 block while shooting 68% from the field and 81% from the line. Daayam. I like that Ayton. It’s probably not sustainable but he’s still only 24 years old. Once the flip switches, it may be the NWO.

Played 26 minutes because the Suns dulled the Spurs, 133 to 95. Okogie has played fewer than 10 minutes in 14 appearances this season. So the answer to your question is no.

We knew there would be efficiency issues transitioning to an alpha role, but 39% field goal percentage seems a bit much. He converted 47% and 46% of his shots the prior two seasons. The usage rate is 28.6% and he’s hoisting 18.2 shots per game. Over the last six games, that number has been 21.3 shots! He will also contribute some steals, boards, and dimes. Do not circumsize this Johnson.

What can Brown do for you? UPS delivers packages. Jaylen Brown usually delivers points and rebounds but, on Sunday, he delivered the entire repertoire. The zero turnovers with the 26.9% usage rate he garnered is very impressive.

If Tatum is close to being the perfect fantasy player, then Durant is one rung above. The only differentiators for me are the length of KD and the fact that he’s been there before.

Played 36 minutes. The Nets brought Harris along slowly after he was recovering from offseason ankle surgery. Seth Curry was getting run but he only played 14 minutes last night. Harris is not your average Joe anymore. He’s playing over 30 minutes and being that floor spacer that Durant and Kyrie need around him.

Played 18 minutes. Since returning to action after years away from the game, Warren has played 18 and 17 minutes. I get so nostaglic regarding Warren because I’d often post this….

…when he’d ball out, which he did often back in the day. Now, I don’t forsee myself doing it much as I don’t think he’s going to get significant run. Something to monitor though for sure.

Steven Adams was out due to hip soreness. As a result, Clarke got the start and played 30 minutes. His brother Lewis was searching for him and was confused because he’d often go to the bench first. Clarke is a good per-minute fantasy player but he’s only averaging 18.7 minutes per game on the season.

Sauntering down to the Brooks is always an interesting affair. One must always don the hard hat because bricks often rain down from the heavens like manna. Last night, it was about the butterflies and rainbows.

My Bey-B finally balled out after being relegated to a reserve role. He played 33 minutes after playing 19 in the prior two contests. I don’t think this is the NWO though. It looks like he’s going to be a low-20s, possibly fewer, player off the bench. That makes me sad. Can’t spell Saddiq without sad. Now I’m crying.

Played 30 minutes off the bench. Over the prior eight games, he has averaged 28.7 minutes per game. The production hasn’t been great but he has been providing 10.9 points, 4.4 rebounds and 1.8 treys. He did have two games with at least 20 points. Is that Osman? It is not but there are plenty of worse options.

Played 34 minutes. I like when Mr. Robinson’s Neighborhood isn’t shut down due to injury or foul trouble. Let’s preserve that neighborhood.

In 14 points off the bench. Hartenstein hasn’t played 20 minutes in a game since November 18. Two weeks ago, he told media that he’s been playing through an inflamed Achilles tendon.

The Knicks need to Quickley trade Immanuel to someplace where he can thrive because he’s a professional getter of buckets.

Too bad for the Bulls that only three other players scored in double figures with no one else exceeding 20 points.

The 20th time that Sabonis has messed around. The Kings have won three in a row and 10 of their last 13 games.

I hated the cowbells but I gotta admit that this is kind of cool.

Monk is the microwave off the bench for the Kings. He’s scored double figures 14 times this season with five over 20 and a high of 30.

Remember when Richaun Holmes was a top 40 player for fantasy? Dude is averaging 10.6 minutes per game and was a DNP-CD last night, the 10th time this season.

Over the last four games, Nembhard has played 29, 27, 36 and 37 minutes. Tyrese Haliburton missed his first game of the season yesterday, but he had been playing alongside him before. He has scored double figurees in three of those contests and showed a well-rounded game. It’s been the assists that have been most eye-opening, though, as he dished out 10 on Friday. It will be interesting to see what his role is when Chris Duarte returns, but Nembhard has done enough to prove himself and be a significant part of the rotation.

Played 27 minutes off the bench. Last season, Brissett played in 67 games, starting 25 of them. He averaged 23.3 minutes. So far this season, he’s played in 17 games and is averaging just 14.3 minutes per contest. At least he’s become a part of the rotation. In the first 10 games, he was a DNP-CD in five of them and played double digits in only two of the games he played. He’s now in the 15 minute range at least.

Lillard returned from a seven-game absence and did what Lillard do.

Hart returned from a two-game absence and did what Hart do. I’m not going to disrespect Dame with a Hart GIF. Hart is 27th in the NBA at 8.4 boards per game. I Hart that.

Top 50 player on the season! Even with Lillard back, the usage was a robust 34.4%. He is just on such a heater that the ferocity of it can only be subsided by the natural powers of the universe. Once things settle down, the usage rate will likely be in the low 20s.

I have some roster questions. 10t 9 cat H2H. MPJ and WCJ were dropped and while I might not succeed with my waiver, I was wondering if they ought to be picked up.

Team as of now:

Huerter has been solid, I drafted Jaden for one buck which could turn into a solid investment plus I’m a wolves guy, but they are possible fall guys, as is Fultz, I guess. I’m not sure though. MPJ might be worse in cats than points leagues if he’s not on fire?

I think you’re good as is. So many decisions in shallower leagues. This is why you get paid the big bucks!

I would not. Are you trying to part with AD or are others sending those offers?

Okay son, i got offered but must include AD. I’m little worried for injury history AD

You need to get top level talent in return. PG has similar injury concerns. I’m good with Siakam but would need a significant upgrade from Olynyk. I’d also shop AD around. Just need to find that one owner who believes and will pay

Okay Son thanks for advice… final offer from the other owner AD + markkanen for siakam + donovan mitch would you trade this offer ??

Haven’t asked many q this season. In 3 leagues. Doing very well but injuries are adding up. Have been pretty money with the wire.

In 2nd in one league. .5 out of first. Basically, my q is who do I drop to activate Allen? Here is my team:

I’m thinking Wall. I believe Nembhard is going to be really good and a significant part of the rebuilding Pacers rotation and Carlisle gushed over him. Gonna use THJ until the wheels fall off, Beasley does more good than bad, so I’m thinking Wall. His FT shooting is trash and does less than the others.

Really depends on squad and if you want boards or 3s.