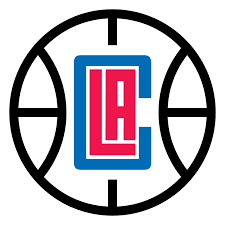 I’ve been all over the place in regards to this team. At first, I thought they would fall off hard due to the downgrade at point guard from CP3 to Patrick Beverley and the health of Blake Griffin. But then I kept going back to leadership at top. These are smart people and the group made a ton of moves that made sense. Blake’s injury history still scares me, but management felt the risk/reward was favorable enough to sign him to a five-year, $173 million contract. If healthy, I can see another 50-win season. This team can play many different styles and has some versatility. Should be an exciting season for Clippers fans with lots of BINGOOOOOOOs!!!!

PG – Patrick Beverley will take over the spot vacated by CP3. It’s a downgrade, for sure, but Beverley plays good defense, shoots the three at a high percentage (38%), will rebound (5.9 last season), assist (4.2), and chip in 1.5 steals. The offense may flow better with Beverley at the helm, as he doesn’t pound the ball into the floor. He can create some and run the PnR, but I’d imagine that most of the offense will run through Blake, so his main jobs will be to play good defense and hit the open J. Milos Teodosic should be the primary backup.

Sorry, WILL be the primary backup. The defense will be non-existent, but that’s why pairing him with Beverley is perfect. When Teodosic is in the game, it’s for his playmaking and passing abilities. He should be able to rack up a ton of assists in limited minutes. Worried that he’s a Euro-Rondo? Teodosic is a career 38% shooter from three-land and 86% from the charity stripe in 12 years in Europe. Doc Rivers has been playing Beverley and Teodosic together, with Lou Williams off the bench, so if Austin Rivers misses any time, that could lead to more minutes. Jawun Evans is a rookie and shouldn’t get any run this season.

SG – Austin Rivers is slated to start. Was that ever in doubt? As a father of two, it’s kind of sad to read about the relationship they have. Now that three-year, $35 million contract makes a ton more sense. Anyways, Rivers can play a bit, as he shot 37% from three-land last season. Outside of dishing a few dimes, he literally does nothing else. Lou Williams is the backup and should be the sixth man. He’s always been a favorite of mine because he’s a smaller player (6′ 1″ 175 pounds), is always underappreciated, but just continues to ball and make ridiculous shots. He’s a good source for point, threes, and free throw percentage. Sindarius Thornwell really impressed me in Summer League action. With that said, he’s not going to get enough run to make an impact.

SF – Danilo Gallinari is the starter. I love his game. He’s tall (6′ 10″) and can shoot the three (39% last season), but he has no issues with punking guys down low and isn’t afraid of contact.

He can score 15+, grab five boards, dish out a few dimes, and get to the charity stripe a ton. Back in 2015, he attempted 8.2 free throws a game and shot 87%. It’s always about injury for Gallinari, as he’s played over 70 games just twice in his nine year career. Sam Dekker and Wes Johnson will back up Gallinari. Dekker is the better shooter, but Johnson will put up more defensive stats. Neither should get many minutes to be a factor, though.

PF – This is Blake Griffin’s team now. The potential is sky high. A big man that can dribble up the court and initiate the offense, drop five dimes, shoot 33% from three-land, and be a double-dub machine. Always surprises me that he doesn’t block more shots, though. Anyways, it’s all about health with Blake. He’s played 61, 35, and 67 games the past three season. Personally, I’m not drafting him because his injury history scares me, especially for a big man, but I’m well aware that he could be a top-25 player. Maybe even higher. Am I talking myself into him? Montrezl Harrell and Brice Johnson will back up Blake. Harrell could contribute in rebounds, blocks, and field goal percentage, especially if Blake misses time. Johnson is talented and performed well in Summer League, scoring, boarding, and contributing defensive stats. With that said, minutes are going to be tough to come by.

C – DeAndre Jordan is the starter. He’s all about sky-high field goal percentage, rebounds, and blocks. Even without CP3, he should still get plenty of lob attempts. In addition, he may get more plays run for him down in the post. We know his weakness, which is a horrific 48% free-throw percentage. Seriously, how is that even possible? Willie Reed and Marshall Plumlee are the backups. Reed was arrested and charged with domestic battery, so he could be suspended. That would leave Plumlee as the backup. I guess Jordan is playing 48 mpg this season.