Perhaps it’s because I’ve never been as plugged into fantasy basketball as I am this season, but I feel like I’ve heard Neil Olshey’s quote about Anfernee Simons’ potential over and over again this year. If you’ve somehow missed it, here’s what the Blazers GM said back in June:

It’s the kind of quote that grabs attention. Considering that he said it almost a year ago and it’s still rattling around in my head, it’s also a quote that sticks. Anfernee Simons, reads a dusty card catalog in my mind, Extremely gifted? Simons, who is still just 21 years-old, had played 142 NBA games prior to last night and his career numbers don’t exactly make you forget about Damian Lillard. But game 143 pulled the curtain back a bit and lended some credibility to Olshey’s big talk last summer. Simons was on.

Those nine triples he hit? They were consecutive. In total, Simons connected on 13 straight threes over four games. Mercy. That’s some heat from deep. Unfortunately for our game, the minutes haven’t been consistent enough for the reigning Dunk Champ for many of us to be in a position to capitalize on his hot shooting. We’ll just have to admire the feat from the other side of the waiver wire. Still, nine (or 13) straight will get you into the lede around here.

Here’s what else went down in the NBA on Tuesday…

Over his last five games, Dort has scored 24, 18, 29, 26, and 42 points. Unfortunately, the Thunder are keeping him under wraps and are pointing their skidding season straight for the ditch they were aiming for all along. “How marvelous,” says Sam Presti, probably, as he looks over the crumpled wreck of a 21-44 Thunder team. Dort has drawn four DNPs during the aforementioned scoring run because winning games is bad for business in OKC. April in the NBA, it’s faaantastic!

The anti-Dort, Bazley has been eating minutes and attempts with both hands since returning to the floor earlier this month. This was one of the better shooting performances of that stretch. The shooting will be wobbly and tonight was the ceiling for the dimes and boards, but there’s no reason to think it can’t be a lot like this for the rest of the way.

No, it’s Poku. Not Goku. He hasn’t been quite as exciting on this side of the arm injury, as this was the first time he’s scored in double figures since getting healthy. There’s some really fun ceiling here, but he’s not to be trusted during winning season. Back to the gravity machine.

Tatum and Walker both missed this one, leaving Brown to do his thing. Despite the production, it was a kind of nervy game for those who roster Jaylen, as he was shaken up twice. He said he was “OK” after the game, so there you have it. He’s OK.

Optimist: Look at those steals!

Pessimist: Look at that shooting…

You may be tempted to dap up G after seeing this line. Something worth considering before you do: 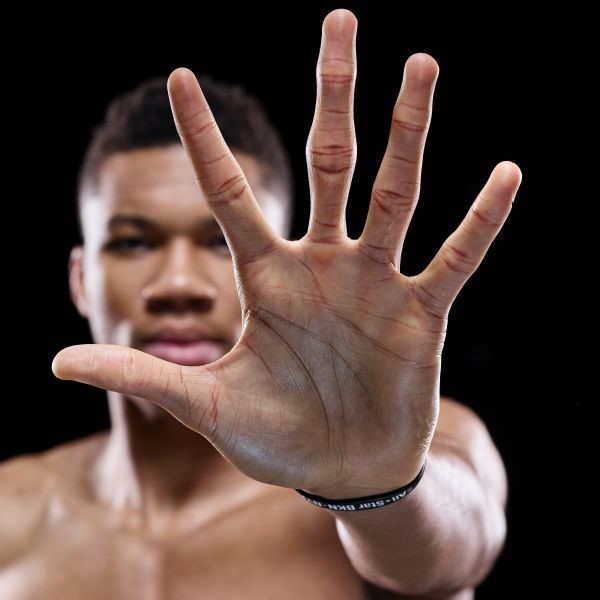 Kind of a throwback Brook game. It’s not just that he got 22 without a triple, he only shot two of them. Remember his Nets days? A totally different guy.

What a way to finish. Bridges is turning in top-40 value over the last month, powered by a 2.3/0.8/0.9 triples/steals/blocks line and just under 52% shooting from the floor. Son has begun another pilgrimage and is getting his steps in.

If you know, you know.

Martin has strung together a pair of really nice games with heavy minutes, but it seems like LaMelo’s return is drawing nearer. There’s some extremely short-term appeal while he’s 30+ minutes, but he’s not someone to marry yourself to.

Overcame an ankle turn and logged 33 minutes. Call him Hydrocortisone because he’s not itching for Ball’s return. (Editor’s note: Please don’t call him this.)

Something is off with this clock. Do we spring forward or fall back to get to Dame Time? The shooting has been no bueno since getting back on the court. Like, ~35% FG bad. He gets asked to carry so much every year in Portland I think the tank could be running pretty low here or he’s still banged up. Maybe both.

Top-50 or so player over the last month. I’m ready to buy back in for next year. The talent is legit. Give him a chance to have a normal year at work where isn’t traded/stifled by stars/unearthing serious health issues and I think we’ll see even more from Caris.

Still no Harden and Kyrie found the edge of the map and then fell off it (9 points on 3/13 shooting), so it was up to this Durant fella to lead the Nets past the Raptors. Seems like he was up to the task.

Okay, so Durant didn’t do it entirely on his own.

Where I grew up, it snowed so regularly that the school district built in snow days to the academic calendar. Sometimes we had so much snow that we ate all through all those days and the district felt obliged to tack on the saddest, most unbearable bonus school days at the end of the year. Hm? Oh, sorry, I was just thinking about the Raptors. The slog continues.

If Bazley is the anti-Dort, then the Wolves are the anti-Raptors. Three straight wins for Minnesota as they’re channeling some good Spring vibes. I’m telling ya, you just can’t keep this team down.

Tate has had enough of these games that I’ve gone from being kinda into him to just straight crushing. The points are an outlier, but he’s proven capable and the Rockets have hit him with all the minutes he could want as a rookie. Just under one three a game, fantastic steals, and a decent floor for boards and dimes? I’m feeling it. He’s “old” for a 25-year-old first-year player, but I’ve watched him be productive for too long this year. For better or worse, the hook is in.

Wood’s first year in the league was as a member of the 10-72 Sixers. He was in Milwaukee long enough to sample the cheese curds on a good Bucks team in ’18-19, and then every other team he’s played for has won 36 or fewer games. At least we know he can produce good numbers on bad teams.

Does anyone else read his name and then mentally change the lyrics to “Oh Nelly” to “O-Kelly!” Yeah, me either. They said a Canadian boy came through and then changed the game…

In 28 minutes because this one was uuuuuuugly.

I believe this was the concept Son was alluding to the last time Green was mentioned:

The Perfect Girl Except She Has Constant Diarrhea pic.twitter.com/iFzo0c7lxp

It is huge problem.

Has fallen behind Beal for the scoring title. Sell low.

The truth is out there. In fact, it’s right here: a night with six three-pointers is always helpful in fantasy.