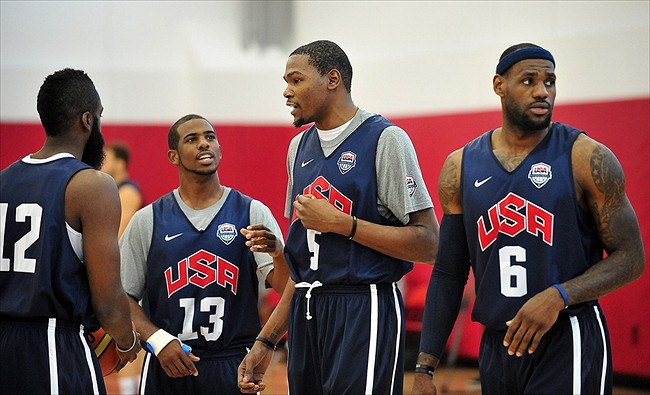 And all through the league

Not a player was stirring…

Because it was time to play defense and nobody #%*%#%@ wanted to!

Anyway…. Outside of that cheesiness, it was a fairly interesting Thursday evening, but many of the games were just irksome.  It’s ironic that the Utah/Miami game deserved to be on TNT over the Cavs and Clippers.  I don’t think anyone would’ve guessed an LA blowout win after that 70 point dud in Indy, but that’s pro sports for ya!  At any rate, let’s get into it!  At this point, I’m not sure if I’ll cover the whole Rockets – Warriors game, but I can already tell you that the winner scored over 120, and it was a race to see who could jack up more 3s.  It’s entertaining, but it isn’t basketball, in my humble opinion.

This game was incredibly ugly… The final score didn’t reflect how truly bad this matchup was.  Frankly, the only player on the Mavericks that looked like an NBA player, was Deron Williams.  Everyone else was trying to tank, regardless of what Mark Cuban thinks.

This just isn’t a good night for basketball.  As I write this, I’m just hoping that the late game is as exciting as it can be.  As for this game, Milwaukee is good, the Nets suck, the sun rises in the east and sets in the west.  Oh, and Giannis Antetokounmpo is a descendant of the gods of Olympus.  Just in case you were wondering, or saw the family resemblance.

The Griz were down 14 with 6 minutes remaining, but they managed to storm back and clinch a win with some clutch free throw shooting by Marc Gasol.  Gasol had a big game overall, but Andrew Harrison also strengthened his grip on the starting job while Mike Conley is out.

This marquee matchup was a big let-down.  It was close through the first half, but the Clippers proceeded to blow the Cavs out in the second half.  I’m honestly not sure what to say about this game… The Cavs just continue to play lazy basketball, and they really need a veteran backup point guard.  Given the blowout, there were a lot of blah lines, so I have no idea who to highlight here.

Rudy Gobert got the best of Hassan Whiteside in this one, but the Heat got the last laugh.  A close game throughout, but Miami managed to squeak it out on the road.

I am now at the half way point of the highlight matchup of the evening, and it has certainly lived up to the billing.  Fast paced, lots of shots, lots of scoring, and lots of 3s.  I’m not sure it’s good basketball, but hey, it’s better than the first TNT game!