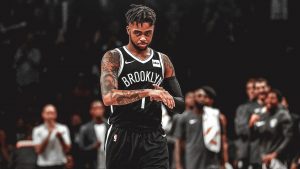 During this past week when I was researching for players to put in the Buy column, I had Tim Frazier as a potential candidate, but in no way was thinking of having him as the highlight of the article. And then he goes and does this (2.17-2.35 in the video)

Tim Frazier is one of us. Tim Frazier cares about us. Instead of getting a turnover in the final possession as the clock runs out, he passes the ball to Wesley Johnson so that the turnover is registered to him. And I doubt Johnson is on any fantasy teams right now… More on Frazier below.

Taking a look at last week’s suggestions, Marvin Williams was bad and eventually got injured so you can safely drop him again. Injury also struck Taurean Prince, but he is a hold as it is not a serious one. The final Buy suggestion was Allen Crabbe who has seen the minutes rise during the last week, and I still like him for the triples and points contributions. 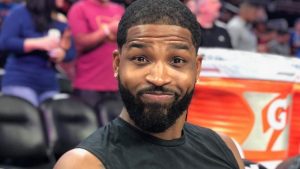 I’m old enough to remember when # was something located at the bottom right of the phone dial pad. Geez, I’m old. I’m also old enough to remember when Stan was a person’s name. Now? It has a definition in the dictionary: an overzealous or obsessive fan of a particular celebrity. Shoutout to Eminem. That’s what you call influence. Anyways, Khloe Kardashian must be a Tristan, right? How about you? No?

How about now? Damn Tristan! He played 34 minutes and produced his third double-dub of the season. We all thought Larry Nance Jr. would be the man at center for the Cavaliers, yet he only played 14 minutes last night and has failed to reach the 20 minute mark in each of the past four games. If you need boards, Tristan is your guy. Just don’t expect much else and the free throw shooting is craptastic. I figured there wouldn’t be many other instances to stan for Tristan this season, and I’m an equal opportunity writer, so enjoy being a Tristan for a day. 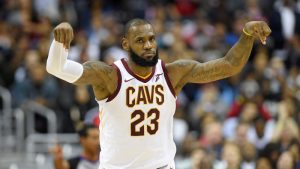 Whaddup Razzball nation! Welcome back to another edition of Any Given Saturday! Last night, the Thunder walked into Cleveland and embarrassed the Cavs, dropping a whopping 148 points. It was a team effort, but Russell Westbrook was especially impressive, dropping a double dimebag and going for 23/9/20/2 on 9-for-17 FG (1-for-1 3P, 4-for-5 FT) and five TOs. Russ’s efficiency is trending up nicely after being abysmal to start the season. All of a sudden, the Thunder look like an incredibly scary team. Anyway, here’s what else I saw last night in fantasy basketball: 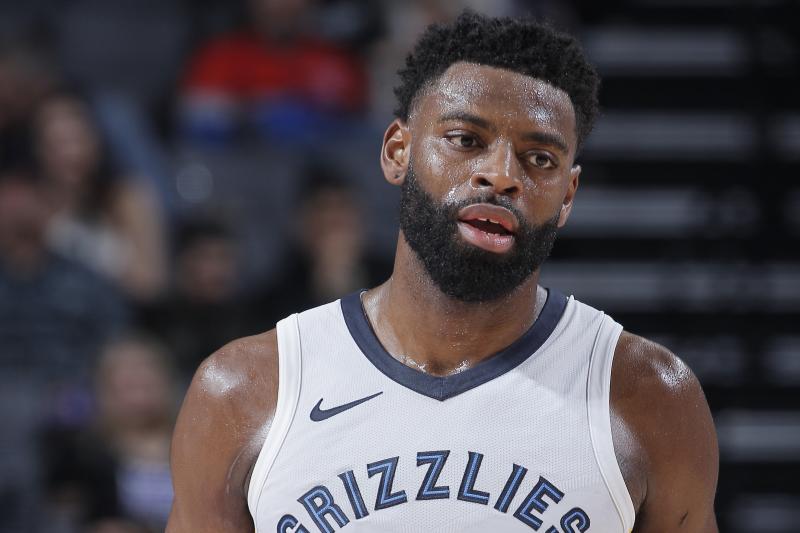 What’s up Razzballers? We had a doozy of a game last night in Toronto between the Raptors and the Warriors. I don’t typically like to give the lede to players on the losing team, but this was the best game in a night of great games, and DeMar DeRozan was the star of the show. He was a big reason the Raptors were even competitive as he went for 42/5/3 on 17-for-31 FG (0-for-4 3P, 8-for-10 FT) and two TOs. This was in a game the Raptors lost by just two after being down 81 to 54 (!) at halftime. The end was a big clusterfrick too. No other Raptor  played more than 30 minutes, as the almost-comeback was mostly led by DeMar and the bench since Kyle Lowry was out with injury. Anyway, here’s what else I saw last night in fantasy basketball: 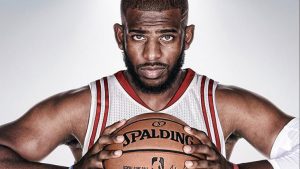 In 2016, Daryl Morey hired Mike D’Antoni as head coach. It was a match made in heaven, as Morey believed that three-pointers, layups, and free throws were the most efficient shots to take. D’Antoni? Did someone say three-pointers? Three-coooooola. The Rockets improved from 41-41 in 2015 to 55-27 with D’Antonio at the helm. They blitzed the league with 115.3 points per game, just 0.6 fewer than the vaunted Golden State Warriors. They hoisted up an absurd 40.3 three-pointers a game and made a league-high 14.4. Then the playoffs happened. After disposing of the Oklahoma City Thunder, D’Antoni and Morey were bested by Greg Popovich. Pop did not figure out the magic formula to shut down the Rockets O. What he did do was disrupt the rhythm and force the Rockets to do what they were most uncomfortable doing: shoot the midrange. Pop would use Kawhi Leonard to chase James Harden all over the court and plant Pau Gasol in the middle of the lane. The other three players would be paparrazi and follow their subjects wherever they went. As a result, three-pointers, layups, and free throws were defended. Everything in the midrange was conceded. Result? Spurs 4. Rockets 2. There was only one option to pursue. Better Call Paul, as in