Damian Lillard got the night off in Portland to get some well deserved rest, and the rest of the Blazers all got a decided boost; none more than CJ McCollum, who went 2-28-10-10-1-0-3 on 10-of-23 shooting and 6-for-7 from the line. This was CJ’s first career triple-double and just shows he’s more of a complete player than people thought. He still didn’t give you much in the way of defensive stats, but this will probably go down as one of his best stat-lines of the season.  Just keep in mind if Lillard misses any other games, CJ and the rest of his Blazer Buddies become viable DFS options. It was a pretty short schedule for a Saturday night with only five games. I guess with no real NFL games in the week before the Super Bowl, they wanted to stack Sunday, with no competition from football. Anyway, there is still a lot to get into so without further ado, here’s what else went down last night: 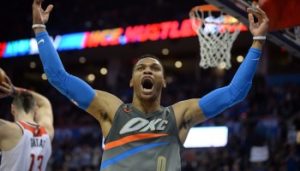 I’m going to keep it pretty simple this week. I’d like to check in on category leaders to help figure out who the best specialists might be this season. There’s a lot of value sitting out in the free agent pool just waiting for you to stream it. Adding and rotating through these category specialists applies in roto leagues when you notice individual categories in which you stand to gain a few points. But, this information will probably help the most in head-to-head leagues where you should be swapping out at least a couple players each week (assuming you can) to customize and maximize your stats in a way that nets you the most category wins against your opponent.

“So… you’re just pasting an NBA stat leaders’ page?” Nope. I’m only going to feature players rostered in less than 50% of Yahoo leagues. Italicized players are owned in less than 25%. For shooting percentages, I’m using Basketball Monster’s values that are weighted for volume. Next week, I’ll do sorta the opposite and list the punt specialists (value rankings with each individual category removed), as well as the rankings according to some other helpful stat combinations. I’ll leave out the flukey or injured players to save you some time here, as well. 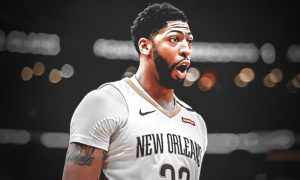 If you think there was a changing of the guard in Cleveland, then you forgot about the Spurs’ offseason. This is a team whose slogan should be “out with the old, in with the new.” Losing one of the best players in the NBA is hard, but gaining youth while maintaining veteran leadership is impressive. What makes the Popovich era so great in San Antonio is his ability to rebuild while contending and, while last year was a down year, I think things pick up quite nicely for the Spurs in 2018-19. Now for the fantasy spin on this years Spurs squad.

We have arrived at the Top 200. Another 100 and we’d be defending The Hot Gates of Thermopylae. For the totality of my rankings, I went 331 deep, but will only blurb about the Top 200. Next week, I will release the complete list with the help of Rudy’s wizardry.