The text came in: “We doing the basketball league again this year?”

While fantasy basketball is greater even than sliced bread, it can get a bit stale… uh, like the much vaunted bread. It was October, many years ago, and my league of high school buddies, with a few buddies of buddies having replaced original buddies that had dropped out (you know how it goes), was feeling way less awesome than a fantasy basketball league should. The half that paid close attention rose to the top every year. It was time, yet again, to wonder if the auto-drafters that only made a handful of moves and never responded to trade proposals would sign up again so we could at least fill out the league… yawn.

This year’s unofficial season-opening text came in: “Zizic is tearin’ it up, even after the trade to Darussafaka. *You chumps are toast next year.”

But this was in January. And we truly cared about Ante Zizic’s line in a Turkish league. This was much better.

How did we get there? How do you light a fire under your league-mates hot enough to send them on an adrenaline-fueled, non-literal, Jerian Grant-over-that-dude-from-G-Tech-ian trip to the rack?

Hi, my name is Tad, and I’m a new writer here. I’m a bball geek and a statistical nerd. My goal is to provide you with as many advantages as possible so that you can win your league(s) and love fantasy basketball more than ever, even if you don’t. I’m going to run the numbers for you and show you where you can get an edge in drafts, trades, and acquisitions. Let’s start with a relatively simple example. Using last year’s ESPN 8-Category Player Rater data, adjusted for a free throw punt team, you might only be mildly surprised to learn that LeBron James was the 2nd most valuable player on a per game basis. But, can you believe that, per game, Dwight Howard would have been more valuable to your team than Isaiah Thomas or Kyrie Irving? And, you probably could’ve gotten LeBron and Dwight for Isaiah at just about any point last season once Mr. Irrelevant took it to MVP-candidate levels. Hopefully, I’ll also inspire you to run some numbers of your own so that you can customize player values to your specific leagues and teams. But this week, as the season draws near, I first want to get you and your league more excited and invested than you’ve been in a while.

So, back to lighting that fire. My friends and I experimented with new wrinkles, figuring out our favorite ways to feed our fantasy addiction. You may have switched between Roto and Head-to-Head, maybe 8-Cat and 9-Cat by now, but there’s so much more out there. Here are some of my favorite ideas to break the monotony and get your league more engaged, most of which allow for additional ways to influence the results with strategy:

Slow Drafts
While slow sounds less exciting, having an offline draft over email or text over the period of a few weeks does a few things for you. It extends the joy of a draft. It gives you more time to reassess your team’s strengths and shortcomings mid-draft. It allows significantly more time for trash-talking.

Auction Drafts
Tired of not being able to get the Greek Freak because you randomly drew the 8th pick? Wish that, instead of having to overpay in trades to get Westbrook, Durant, and Harden together once again, you could just draft them all? Switch to an auction draft! Personally, I’m not a fan of how snake drafts result in each team having roughly three of the top 30 players, five of the top 50, etc. An auction adds so many more ways to use your knowledge on how to structure a team to your advantage. And no more waiting 10 minutes for your next pick. You’ll be hanging on every player nomination and completely stressed for the entire draft! The great kind of focused stress, though, where you can have a drink and a bag of chips all ready to go, then four hours and not enough Warriors on your team later, they’re untouched.

Keeper Leagues
Allows managers to keep a few players for the next season, which should cut down on the number of fantasy managers ignoring their team once they’re out of contention. Instead, they can be sellers at the trade deadline, giving up a veteran on his last hurrah for the most recent ACL-tearing stud or high-upside, yet buried-on-the-bench rookie to stash for next year. And, if you make it so that kept players stick in the round in which they were drafted or at their auction price, successful teams can be rewarded for shrewd drafting for many years.

Dynasty Leagues
My favorite, by far. Here’s where that Zizic stuff comes in. If you’ve got fantasy managers that are in it for the long haul, I can’t recommend it highly enough. You keep the majority of your team from year to year. The more roster spots the better. And, in our league, like the NBA, we allow future draft pick trading. That, coupled with teams aiming for different championship windows, allows for what feels like infinitely more win/win trade possibilities.

Anyways, here’s an example of what ensues: Once you realize your core just isn’t enough to take down the championship, you decide to trade off your established players for picks and upside to perform a full-scale rebuild. You begin to obsessively scout and stash rookies. Anyone with a glimpse of upside: Boban’s TOTALLY gonna average 23 and 19 when he gets 36 minutes a night someday soon! Plus, Westbrook HAS to have rubbed off a LITTLE on Cam Payne… right? Looking everywhere for any advantage, you find yourself poring over Adam Morrison Summer League highlight packages, making sure your decision to stash The Stache a decade removed from relevance will lead you to multiple championships… especially when paired with that Euro-stash that’s now POTENTIALLY LESS THAN TWO YEARS away from coming over! It runs on hope. Seriously, it’s the best.

And finally, I give you a group of outside-the-box ideas for inspiration. The… let’s call them:
Leagues as Bold as the Combined Beard Game of James Harden and Nikola Mirotic
Have a league of managers that have each player’s stats memorized inside and out and want a new challenge? A league-mate of mine suggested we use players’ actual NBA salaries with a team salary cap. Everyone’s fantasy value was thrown into chaos with this new variable. We recently slow-drafted, and Steph didn’t get drafted! Neither did LeBron or Lillard! Chaos, I say!

Last year, I came up with an idea for a six-team league in which each manager could only employ players from our assigned NBA division. Since that would’ve been pretty lopsided, we quickly decided to take it a step further and auction off each NBA team, five to each owner, to create our own divisions. It was refreshing to have the challenge of figuring out which teams provided what value. The Warriors immediately went for the max bid, as expected, but that owner finished last, because he was down to the bottom of the barrel for the rest of his teams after blowing his whole budget. But the point is, we didn’t know how it would work out. We had to look at players and teams through fresh lenses and make our own determination of value rather than simply sharing our site’s pre-rankings.

One last league I’ll mention that I’ll never forget was actually a baseball league. We picked every negative scoring category and ONLY the negative. The nights you’d get the extremely elusive balk? Bliss. My mind races when I imagine a league where the only categories are turnovers, fouls, and techs! Boogie at #1?

Fantasy Basketball is incredible. If it ever stops feeling that way, change the game.

I’d love to hear your creative league ideas that were a blast, too. Join Niko and James in inspiring the fantasy community! 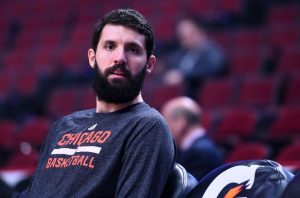 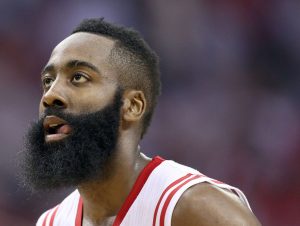