I recently met a conspiracy theorist. He seemed so proud and satisfied that he had the inside scoop on so many topics (“You know what’s going on in Cuba, don’t you?”), while the rest of us only know what the government wants us to know. Well, I went down a rabbit hole to which he directed me just for kicks. Wow, there are a lot of crazies out there trying to obtain knowledge that no one else has, regardless of how insane it is. Shout out to Kyrie.

I realized, though, that I can relate. At least when it comes to fantasy basketball. There’s certainly a draw to uncovering a conspiracy and being part of only a small group of people that feels wiser than everyone else. Or, more relatably, being the only person to know a secret. This is how I felt the first time I manipulated a fantasy bball player rater. I was finally confident enough in my Excel skills to subtract categorical columns for punt rankings. I had decided to go all-in on a punt free throw percentage 8-category Roto dynasty team. Removing the FT% category dramatically changes the value of many players. I realized that I could trade players for much more than they were worth to me while acquiring players for much less than they were worth to me. Obviously, the downside was taking last place in a category. But since I was near the bottom in FT% anyway, I only lost maybe 2 points there while gaining something like 7 or 8 total points combined in other categories. The problem in a league like that is that I would’ve needed to get first in nearly every other category to win it all. I peaked at second place.

Yeah, yeah, you’re aware of the simplest of punt strategies. I know. But, aside from overrating rookies in dynasty drafts, this is really what I’m most passionate about: the concept of ignoring categories that aren’t going to help or hurt you. Too many people don’t do this, wasting resources on players who won’t help them. This means it’s a way you can get an advantage. Even if you’re not intentionally punting, you can still benefit by altering your perspective on the market as you’re molding your team to maximize value. It might just be for a one-week matchup. Maybe for the season or even for a decade in a keeper league. Sure, trying to win all 8 or 9 categories is usually the way to go, but it’s often unrealistic. If you’re playing Roto, it’s not really advisable to punt a category, but it can be done, especially in leagues with more than 8 categories. And, especially if there’s some incentive to finish 2nd or 3rd. Once you’ve realized that you’re stuck in last in a category, “stuck” in first with a huge surplus, or even stuck in the middle of a category late in the season with no chance of catching anyone or being caught by anyone, you can employ a punt strategy. But, this is more for the head-to-head players where you only need to be above average in as many categories as possible to have a successful team. There’s almost certainly at least one category that you lose almost every week. Could be turnovers, if you’re active and guard-heavy. Could be a percentage. So, forget that stat. At it’s expense, which you’ve determined is probably zero, load up everywhere else. Make trades and pickups without even considering the numbers that won’t affect you. And, not that you need to try to be terrible in that category, but the players that are the worst at it should come at the steepest discount.

Last week, I focused on the possible free agent leaders in individual categories. Specialists to help you in one category of need. This week, I’m doing the opposite and looking at who can help us when we ignore each category. Once again, these are relevant players available in at least 50% of Yahoo leagues, with those owned in under 25% italicized. Also, these are all 9-category rankings (through 11/19), so adjust accordingly if that’s not your style.

Quick preview of next week: I’m going to go further down the rabbit hole and do some more advanced punting and such. Identifying the hidden gems that are worth more than what your league-mates think.

…and a few more of the same guys from above shortly after #100. Punting TOs really only means that you’re taking the high-TO players early in the draft. There aren’t too many high-TO players beyond the first few rounds.

I was reading about Ralph Sampson recently, and thought I’d share the rookie season stats of the 7′ 4″, 1983 first overall pick who would go on to have some bad luck with injuries. 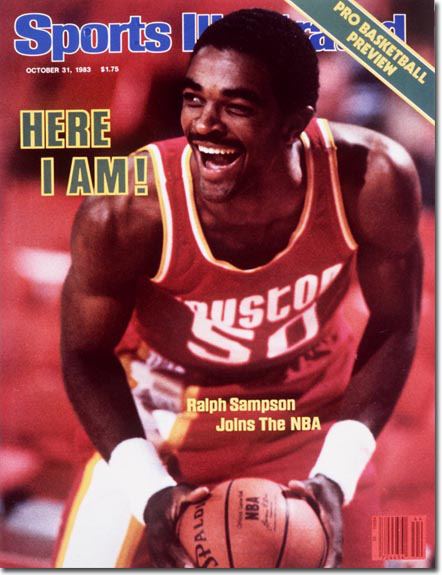