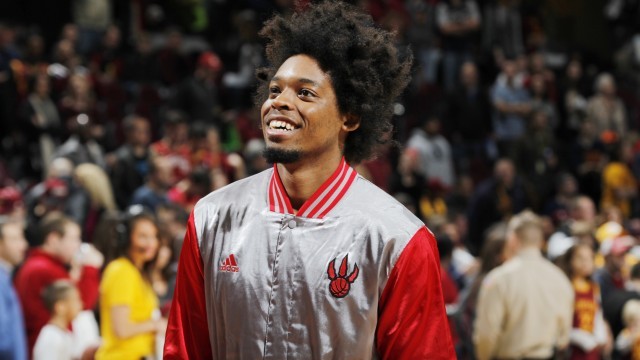 Lucas Nogueira!  Over the last 7 days, Lucas has averaged 8.7/8/1/2/3 – Clearly, the 3 blocks are a great reason to stream him while he’s averaging 27 minutes per game. Plus, how can you not have that sweet fro on your team??  He’s owned at 40% at the moment, so he may not be there at this point though.

Outside of Nogueira, we have some very old names on the list… Let’s get to em!

Now that we’re further into the season, I’m sure that trades are starting to go down in your league.  If you want one of your trades evaluated and featured in next column, comment it below!

That’s it for today!  Stay Razzy everyone, and enjoy our new player pages!